Mastering the Audition Circuit: 3 Pros Share What They've Learned From Years of Pinning on Numbers

This story originally appeared in the February/March 2016 issue of Pointe.

Ballet company auditions are hard to dodge for anyone aspiring to the profession. But they can serve as valuable learning tools by helping dancers determine which types of companies they prefer and ascertain the best ways to present themselves as artists. “How can I be seen in an audition?" “What should I say to a director?" “How do I handle my nerves?" Those are among the valid questions that the three professional dancers here thought about before plunging into the audition circuit. Over time, they've discovered ways to use the audition process to their advantage to bolster, rather than sabotage, their confidence and to reveal who they are as artists. 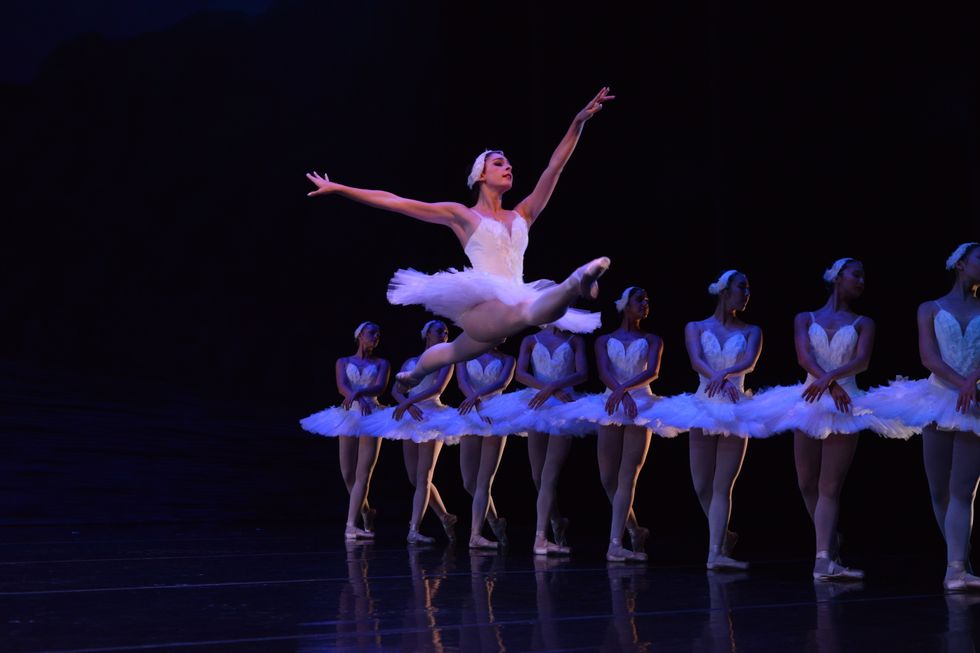 In 2015, after dancing principal roles with Orlando Ballet for six seasons, Bri George was ready for a change and started thinking about auditioning. Based on insight gleaned from previous jobs and auditions, she knew that a small American company would be best for her. “Once I knew that, I looked at all the smaller companies that had a good repertoire and good leaders," says George, now with Ballet Arizona. “That helped me decide who to audition for."

She found that having experience gave her a competitive edge. As a student, George had assembled a video of her classwork to send to potential employers. And after working as a trainee with Boston Ballet, she attended numerous cattle-call auditions before joining Orlando Ballet. But as she gained professional experience, her strategy changed. In an effort to eschew mass auditions, she pieced together performance excerpts from videos that demonstrated her stage skills and posted it to a private YouTube page, then emailed the link specifically to directors or ballet masters.

“I reached out to friends in companies and got their opinion on who was the best person to contact—someone in the company to talk to personally instead of just sending my stuff out there hoping someone would look through it," says George. “Then we could take it from there," hopefully receiving an invitation to take company classes. After an audition, she found that shaking hands, stating her name, thanking the director and expressing her interest in the company helped make a good impression.

Despite her solid experience, George received a lot of rejections. “Even this year, I got about 10 'nos' " she says, before landing her contract with Ballet Arizona. But over the years she had learned how to channel rejection in a positive way. “It took a couple times of putting myself out there to fully understand how to use it as fuel to push myself harder," she says. “You can't take it personally. You never know what they're looking for."

Advice: “Dancers are so focused on how many turns they can do, or who has the highest extensions and the best feet. While that's important, you also need to be expressive in your dancing. Directors want to see you looking happy doing what you love." 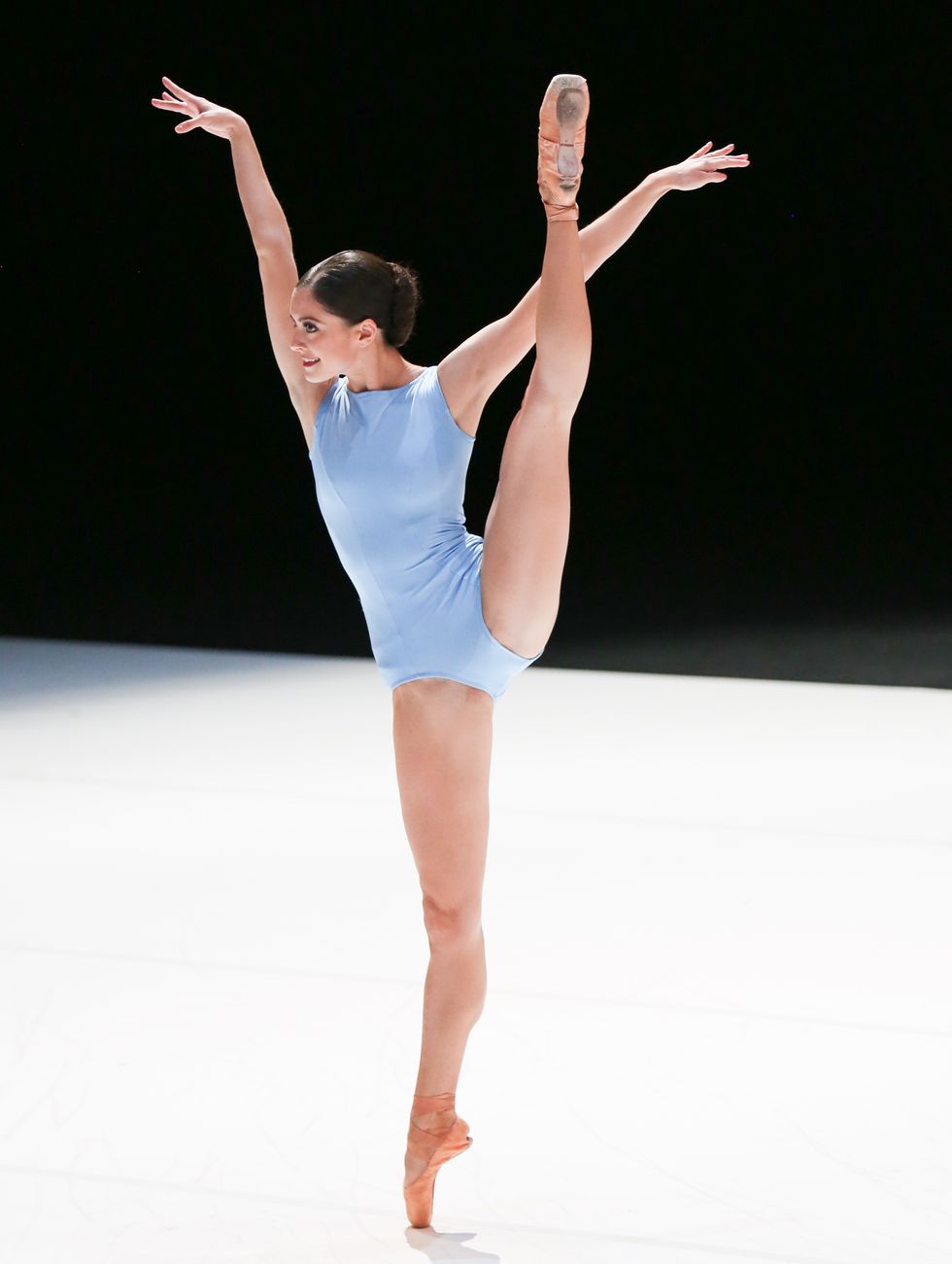 Megan Zimny Kaftira joined Boston Ballet at 19, and it seemed like the perfect fit for that period of her life. But after four years, her career felt stagnant. “I wanted to grow deeper," says Kaftira, now a soloist at Dutch National Ballet. “Europe was calling my name."

She also knew that, unlike her younger self, she wouldn't be grateful settling for any contract. “When you're inexperienced, you don't get a ton of choice," she says. “As I grew older, I had developed more as a person. I could pick and choose a bit more." During the company's January break in 2010, Kaftira planned an audition tour to the UK and the Netherlands. After meticulously preparing her DVDs, photos and resumé, Kaftira set out on her first trip to Europe alone, scheduling company class auditions with The Royal Ballet, English National Ballet and Dutch National Ballet. Each offered opportunities to grow artistically, she says, through “their strong classical story ballet repertoire, interspersed with plenty of contemporary and Balanchine programs."

Despite her impeccable preparation, however, it wasn't all smooth sailing. Kaftira arrived in Amsterdam late in the evening the day before her audition. Searching for a grocery store, she became disoriented, walking in circles in the maze of streets along Amsterdam's concentric canals. “I was lost for three hours in the dark, in the rain," she says. “I wore holes in my socks."

Nerves, too, were an issue. “I deal with them quite a lot," she says. “But accepting who I am as a person and dancer helped me be at ease with them."

Though Kaftira initially had her sights on London, she fell in love with Amsterdam. She particularly found a natural rapport with Dutch National Ballet director Ted Brandsen. “Speaking with him was really easy, comfortable and honest," she says. “I felt like we were more like colleagues and we could speak more freely."

While auditioning overseas was challenging, Kaftira says, the risks were worth it. “Just putting yourself in an uncomfortable situation helps you grow," she says. “If you don't get the contract you desire, it's still a really big learning experience. It can't hurt to try."

Advice: “It's really important to see the company and meet the people you'll be working with on a daily basis. Explore the city, because it's a really big decision. You should love the place you choose. This career is short—you want to enjoy it." 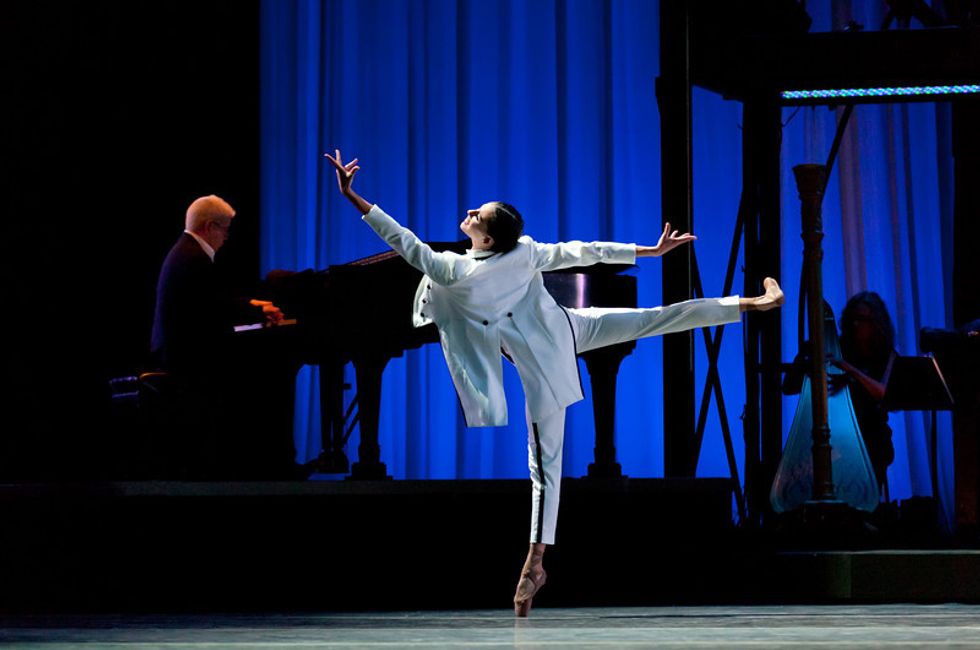 Let your confidence shine through.

Sarah Griffin relishes being the first person to arrive at an audition. “I have no qualms about being auditionee number one, the first one at the barre," says the Colombian-born Oregon Ballet Theatre corps member. “Being early helps me get the lay of the land, so I can see what the studio's like, feel out the floor and get into my own personal warm-up zone."

How did she become such a confident auditioner? Griffin attended Barnard College in New York City—and attended every open company audition possible. After dancing with Dance Theatre of Harlem (where she learned to “own what makes me different"), she moved to San Francisco to freelance, performing with Oakland Ballet Company and Amy Seiwert's Imagery. Working with contemporary choreographers, she says, gave her the skills to be seen as a singular artist. Griffin highlights the contrasting approaches of ballet auditions versus contemporary auditions, which vet dancers on their abilities to digest choreography, including through improvisation exercises or even contact improv with a partner.

Griffin recalls how unsteady she was at her first improv audition. Watching more experienced dancers from the sidelines, she thought, “What makes them so good?" Over time, she discovered that good improvisation demands some preparation in the studio (she culls from a catalogue of favorite phrases), as well as knowing her strengths. The key is to make smooth transitions: “You need to organically move from one step to another." Improvisation skills, she says, have also improved her classical technique by sharpening her mind–body connection and imagination, and honing her eye for detail.

When Griffin, standing a statuesque 5' 8", auditioned for Oregon Ballet Theatre in 2014, she was 27. “I was the tallest one, the brownest one and the oldest one in the room," she says. “But being experienced in a room full of 18-year-olds and showing my personality and capability made me stand out immediately."

Griffin's confident communication skills with OBT artistic director Kevin Irving helped establish a working relationship from the get-go. (In another audition, she even challenged a director on his 5' 7" height limit for women, claiming that there were plenty of tall men in the company to partner her.) “It's not just about holding your hands and nodding and being the good girl," she says. “We need to speak up for ourselves and ask legitimate questions about a contract. You can be gracious without being dull and generic."

Advice: “It's one thing to be able to show your stuff onstage with adrenaline. But you also have to channel that feeling in the studio. You're not just auditioning as a technician, but as a complete artist."