Earlier this month, 16-year-old Mackenzie Brown took home the first prize at the 2019 Prix de Lausanne. Not only was the Stafford, Virginia-native the only American to place in the finals; she also won the Contemporary Dance Prize and the Audience Favorite Prize. A student at the Académie Princesse Grace in Monaco, Brown's path to the Prix was anything but smooth: The determined young dancer fought against injuries that threatened to keep her on the sidelines.

We caught up with Brown, currently taking a few weeks to recover at home with her family in Virginia, to hear all about her experience at the Prix de Lausanne.

How did you find your way to Académie Princesse Grace?

When I was 13, I competed in Youth America Grand Prix and was accepted in the finals, and got a scholarship to Académie Princesse Grace. Before that I was training at two studios: one which was all styles of dance, and one that was strictly classical ballet.

What was it like to move to Monaco at such a young age?

It wasn't very hard for me. Of course I loved living at home, but I love to explore new things, so I was very excited. It turned out to be the best decision that I've made.

What's the best part about training in Monaco?

The fact that the school is so small. There are only seven girls in my class. We're all one big family. It's really a blessing that everyone really cares about each other, and we're all able to support each other.

The language. I'm still working on learning my French. Luckily the school is English-speaking. It's very international, and there are only three other Americans. It's really nice to get to know people from all over the world and understand their cultures. 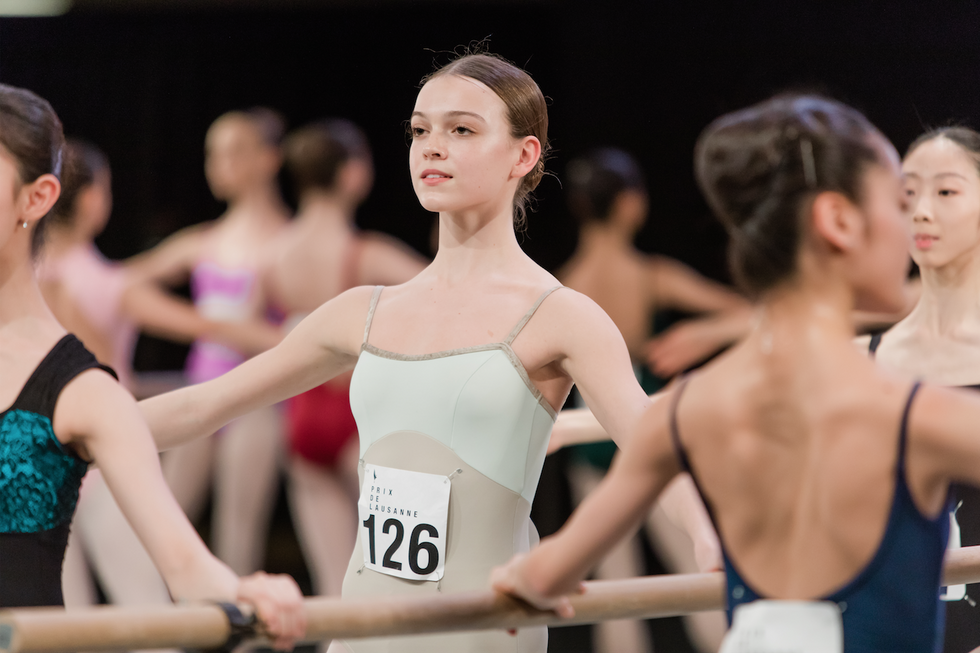 Brown in class at the Prix de Lausanne

When did you start attending dance competitions?

I started competing when I was about six years old. I did competitions in jazz, tap, hip hop, contemporary... everything. I started ballet competitions when I was a lot older. I did YAGP for two or three years before accepting the scholarship to Princess Grace.

Last year you participated in the Prix de Lausanne's first ever Choreographic Project. What was that like?

To be able to go to the Prix de Lausanne and not have the stress of competing, and to see what the environment was like and still be able to work with such amazing coaches and teachers was incredible.

When did you start preparing for the competition this year?

My director Luca Masala decided that I should apply, and we started rehearsing in October. But I've been having problems with both my tibias, so it was really on and off throughout those months. It's my first real injury, and I didn't know what to expect and how to deal with it, so it's been a big learning process. I was really nervous I wouldn't recover in time to compete, but I was lucky to have my doctors, teachers and the students in the school helping me and giving me information.

Luckily your injury was under control, and you were able make it to the Prix de Lausanne. What was surprising about your time there?

I had some insight from previous competitors from my school, so I kind of knew what to expect, but it was all so real when we arrived. I kept thinking, wow, I'm actually here! I went into the competition dealing with my injury, but then I formed an abscess on my toe while I was there. It got infected, and I had to have a little procedure. I had the classical jury right after, so I just put my pointe shoes back on and kept going. Being able to make it through that class really boosted my confidence. It was something that I definitely fought for.

How does the Prix de Lausanne differ from other ballet competitions?

It's more than a competition. It's a full week, and having the opportunity for the jury to watch you not only on the stage but also in class is really cool. It kinds of brings a different pressure that you have to learn to deal with.

What were your two variations?

The classical was the third shade from La Bayadère, and the contemporary was the Abstract variation by Jean Christophe Maillot. I actually had a bit of an advantage, because we study his rep at Princesse Grace, so I kind of know his movement. I really enjoy contemporary a lot.

Were you nervous at all while performing?

I really surprised myself, because I wasn't that nervous. I think it's because I was dealing with so many things that my mind wasn't concentrating on nerves. 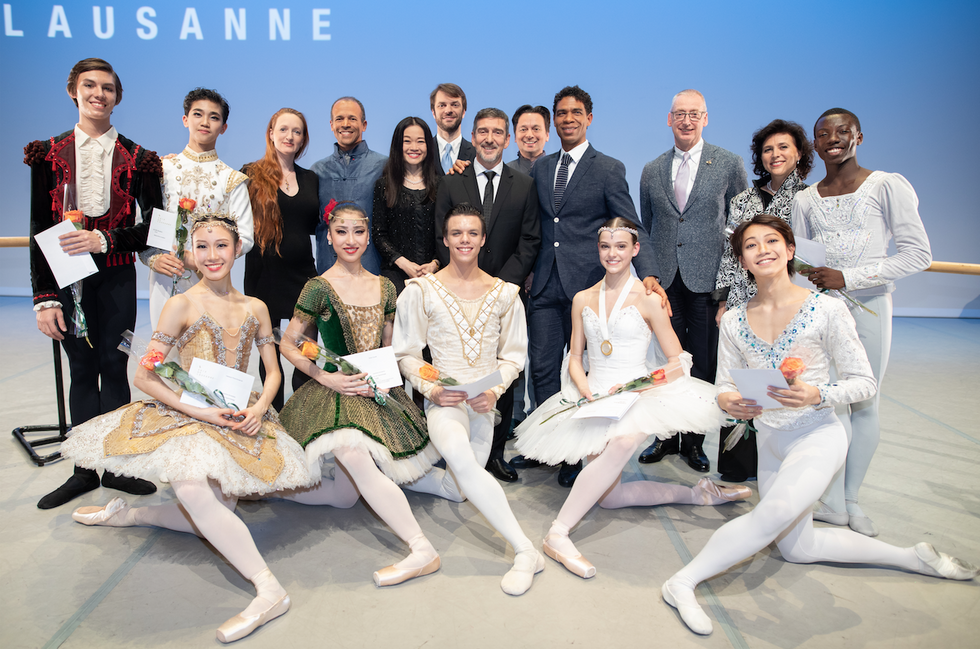 Brown (front row, second from right) with the rest of the prizewinners and jury members after the awards ceremony

By winning first place, you have your first choice for a school scholarship. Do you know what's next for you?

I think I'm going to be staying at Académie Princesse Grace. I still have to work everything out, but I really love where I am now.

Do you have a dream company or a dream role?

I'm just willing to go anywhere that incorporates classical and contemporary where the director likes me. And I would love to dance any of John Cranko's rep, like Marguerite and Armand or Lady of the Camellias. I also love Giselle.

What are some things that you like doing outside of ballet?

I like spending time with friends and just being able to hang out and talk. I also like the beach; In Monaco I live five minutes away, so when it's warm out it's nice to be able to go there for the day.

Do you have any advice for dancers competing for the first time?

You shouldn't be nervous; remember that everyone is in the same place, and is nervous as well. And you can do anything if you really put your mind to it.