Ever wonder what life is like as a ballerina on Broadway? Just peek inside Leanne Cope's dance bag. Cope, who stars as Lise in Christopher Wheeldon's production of An American in Paris, carries not only pointe shoes in her Parisian canvas tote but also a well-worn pair of LaDuca heels. “My dresser, Midge, carries this bag around with her during the show, just in case of emergencies," says the Royal Ballet first artist, who's on sabbatical from the company through the end of the show's run. “She basically shadows me, because I have a lot of quick changes."

Cope always has her script nearby, as well. “Not only is every word of the show written in here, but all my stage directions. It's nice to go back to it every once in a while. When you reread it, almost as a novel, it gives you another spin on things." Her other Broadway must-have? Lip balm. “With all the singing and talking, my lips tend to get dry," she says. It also serves as a better alternative to lipstick during kissing scenes with her co-star, New York City Ballet principal Robert Fairchild. “We don't do lipstick—it would end up all over his face!" 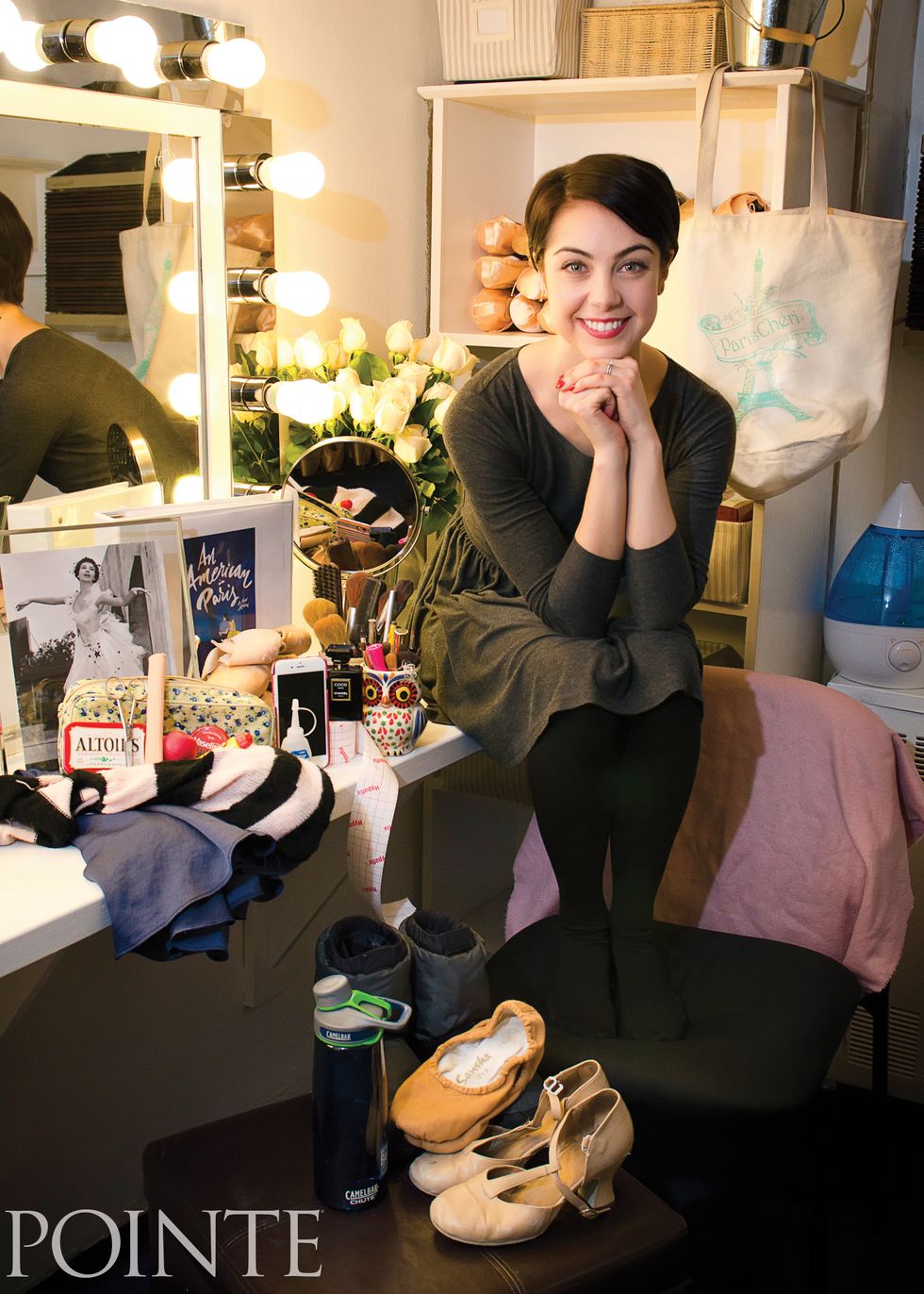 Clockwise from top right: Canvas bag; character shoes; ballet slippers; booties; water bottle; practice skirt (“This is actually from Zara, but it moves really nicely and is similar to all my costumes"); legwarmers; mints (“Very important, since I speak so close to people onstage"); scissors; jelly tubes (“My big toenails are always bruised"); assorted lip balms; makeup bag; Jet Glue; phone; Hypafix athletic tape (“I brought practically a year's supply from London—it stretches with you"); Coco Chanel perfume (“I wanted to choose a scent for Lise, especially since she works behind the perfume counter. It's French—I think it's quite her"); pointe shoes; toe pads; script.