Most professional ballet dancers' stories start the same way. They begin training at a local studio between the ages of 3 and 10, move to a pre-professional school and eventually enter a company. Lara Paraschiv did not follow this script. She began her serious ballet training at age 16, and went from beginner to professional in just five years. Having overcome naysayers along the way, she is now in her first season at Russia's Astrakhan State Ballet, and plans to keep on climbing.

The Canadian dancer started taking tap, hip-hop and jazz classes in her hometown of Burlington, Ontario, at age 10, but she never had much interest in ballet. That all changed at 15 when she performed a supernumerary role in Ballet Jörgen's Romeo and Juliet. "Right then and there I said, 'This is what I want to be,' " she says.

Lara Paraschiv on Instagram: “I love listening to remixes of old songs, its like rediscovering the song again for the first time. The new music lately has really started…”

Paraschiv strategically planned her next move. She added recreational ballet classes to her schedule, and at 16 was accepted into the Quinte Ballet School of Canada in Belleville, Ontario. Suddenly, she was dancing five days a week, doing pointework and living in a dorm. Though Paraschiv's body seems made for ballet, with flexibility to spare, more than one teacher told her that she had started too late and would never reach professional ranks. But Paraschiv didn't let them dissuade her, and even believes that her age gave her an advantage: Rather than rely on imitation, she approached learning analytically. "I needed to understand why you execute steps this way," she explains. "What is the purpose of turnout? How does it aid technique?"

After a year, Paraschiv left Quinte to train with a Russian pedagogue closer to home, and fell in love with the Vaganova method's attention to detail and artistry. She finished her high school credits through a specialized program, and graduated with a scholarship to attend a five-year law program. This focus came at the expense of a normal social life, but Paraschiv happily prioritized her career goals. "Instead of spending time with friends and partying on weekends, I was doing ballet and working on technique," she says.

Her inexorable dedication helped Paraschiv make her next leap. She deferred the law scholarship but didn't yet feel ready for company auditions. At 18, she was accepted into the international class of the Bolshoi Ballet Academy in Moscow's trainee program. 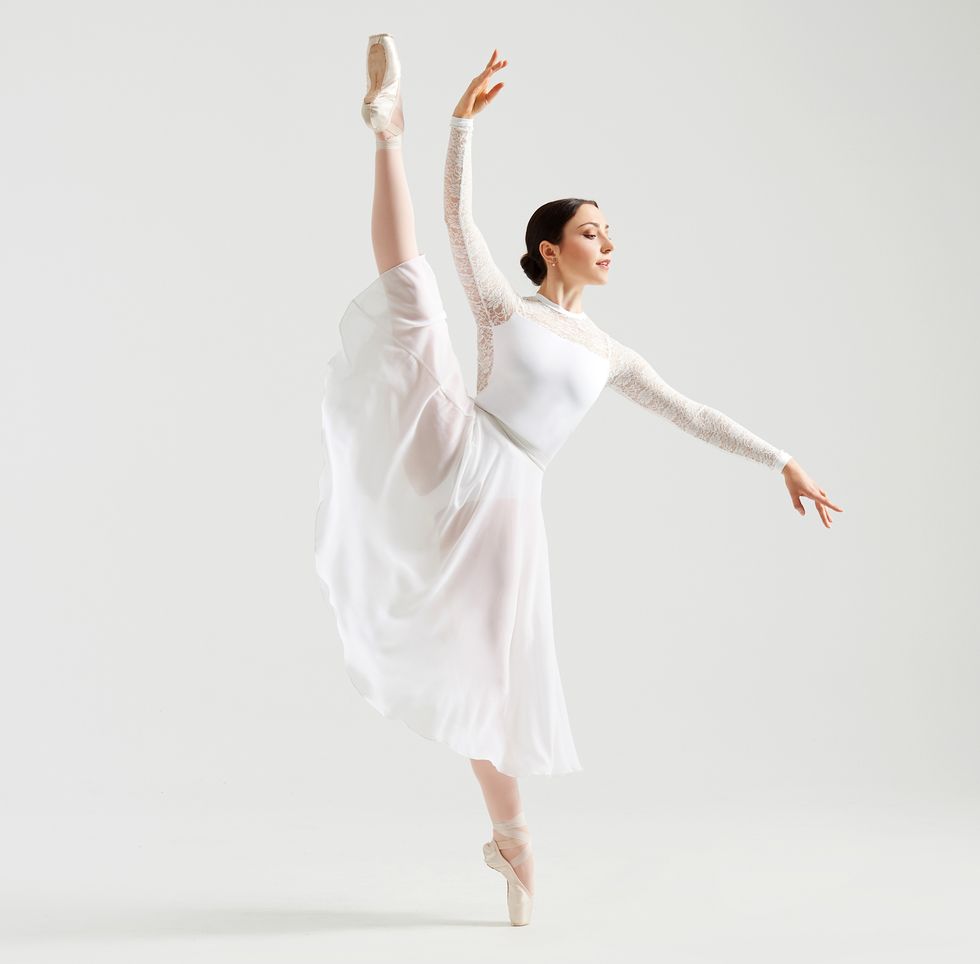 Paraschiv adapted quickly to life at the Bolshoi. Speaking Romanian at home with her immigrant grandparents gave her an edge in Russian language classes, and she graduated from the one-year program with a deeper love for the country's ballet tradition. But Paraschiv felt she still had more to learn. She spent half a year at the Gelsey Kirkland Academy in New York City, and then studied under private teachers in Toronto, New York and Michigan.

At 20, Paraschiv attended a host of open calls in New York City and did an audition tour in Europe, but it was a speedy response to her audition video from Astrakhan State Ballet that piqued her interest. The state-run, southwest-Russian–based company was founded in 2011, and performs its own classical ballet repertoire as well as supporting the adjoining opera company. For Paraschiv, any Russian company would have been "a dream." In May 2019 she attended two weeks of company classes, and after an extensive visa application process, she started her first professional season last August at the age of 21.

Paraschiv is one of only a handful of non-Russian dancers in the company. She lives in provided housing with three Russian roommates. By all measures, she has "made it," but she still thinks of herself as a student. "I don't feel that I've plateaued," she says. "Each day is a new exploration." In an industry that seemingly favors teen prodigies, Paraschiv proves that self-will is greater than the status quo.

Related Articles Around the Web
astrakhan state ballet dancer spotlight lara paraschiv
If you like us online, you'll love us in print!
Instagram
Pointe Magazine