Let a seasoned ballerina take on a repertory gem for the first time and watch both the dance and the dancer sparkle in a new light. Just so, at Miami's Adrienne Arsht Center last February, Katia Carranza—a long-established talent at Miami City Ballet—enlivened George Balanchine's Duo Concertant, looking refreshed as she turned every choreographic facet into a discovery. 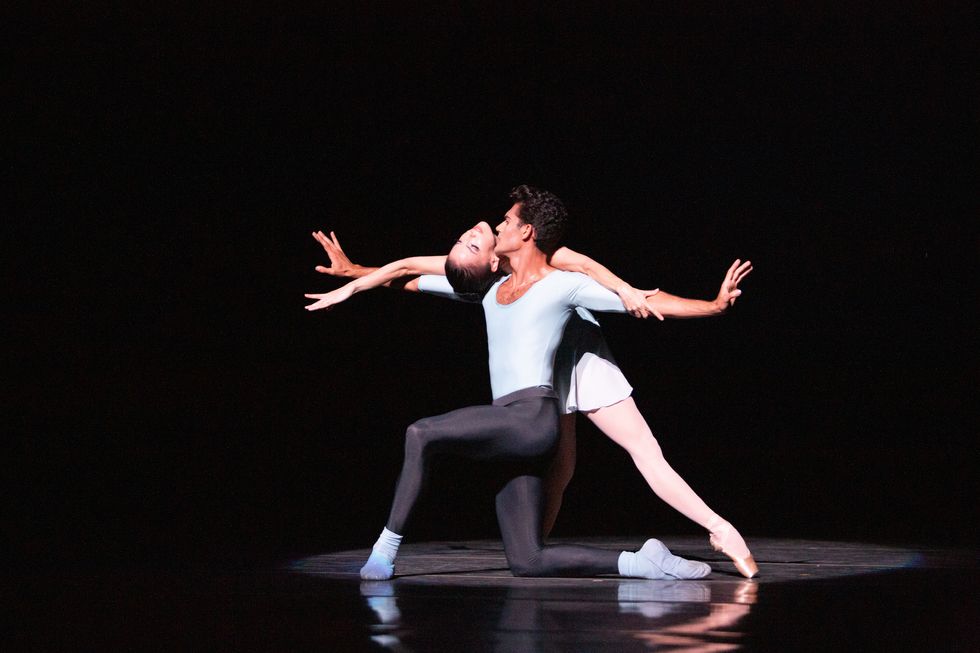 Balanchine's duet, doubled by the onstage performance of Stravinsky's piano and violin score, ushered Carranza through balanced measures of contemplation and sublime movement. Alongside her partner Renan Cerdeiro, she seized the role not just in vigorous strokes but also in a look, a gesture—spirited intimacy winding down to wistfulness. Her response to the music remained keen and nuanced throughout.

Promoted to principal at MCB in 2004, Carranza left three years later to dance with Ballet de Monterrey in her native Mexico. Still, she continued to make guest appearances at MCB and rejoined the company full-time in 2017. It's been an uncommon path for an extraordinary dancer, who keeps making strides with each artistic opportunity.