Anonymity has its benefits, says Fort Wayne Ballet executive and artistic director Karen Gibbons-Brown: "We are tucked in the Midwest and one of the beauties is you get to fly under the radar and experiment in a way that you don't get to in a larger place." While that may have been true in the past, Indiana's Fort Wayne Ballet is now making moves toward greater visibility.

As an organization, FWB is entering its 62nd year, but it has only existed as a professional dance company with full-time, contracted dancers since the 2010–11 season. Prior to that, the organization's on-again, off-again performance company hit its heights under Michael Tevlin's tenure as artistic director (1981–94).

When Gibbons-Brown arrived in 1998, the organization and its affiliated school, the Auer Academy of Fort Wayne Ballet, were in distress. But the former dancer with South Carolina Chamber Dance Ensemble, Bristol Ballet and Theatre Ballet of San Francisco says part of why she came to Fort Wayne was that "it is a community rich in the arts and there was a lot of opportunity." 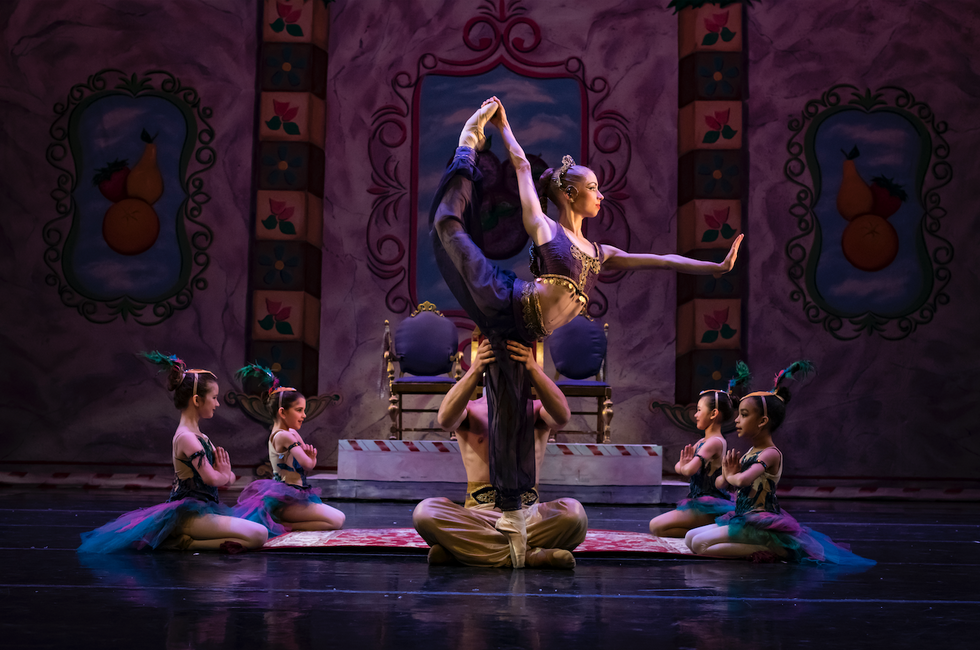 As the fourth artistic director in four years, she inherited an organization in debt and lacking direction. "It had been pruned back to a school," she says, noting that there were few students. "We had to rebuild that and add back in a professional company."

Within 18 months she trimmed the budget, led fundraising efforts to pay off its $100,000 debt and expanded the school. The first part of Gibbons-Brown's vision was to establish a regional and national reputation for FWB's training. That included the 2013 creation of the Fort Wayne Ballet Conservatory, a partnership with nearby University of Saint Francis, through which students can earn an associate or bachelors in dance.

She also wanted FWB to have a greater impact on its community. It collaborates with the Fort Wayne Philharmonic and features dogs for adoption, from Fort Wayne Animal Care & Control, in each Nutcracker performance. They also team up with the area's minor league sports teams to create trading cards of athletes with company dancers that FWB uses in its outreach efforts.

Having just celebrated her 20th season as director, Gibbons-Brown feels the professional company is making strides, and FWB is three years into a seven-year plan to build its repertoire. Just a few years ago, it predominantly performed works by lesser-known choreographers and story ballets. Now it presents a mix of narrative ballets (The Nutcracker, Cinderella), modern classics (from choreographers such as José Limón, Gerald Arpino, Edward Stierle and Robert Joffrey) and new works from emerging dancemakers. This season, Darren McIntyre joins the team as associate artistic director and choreographer. 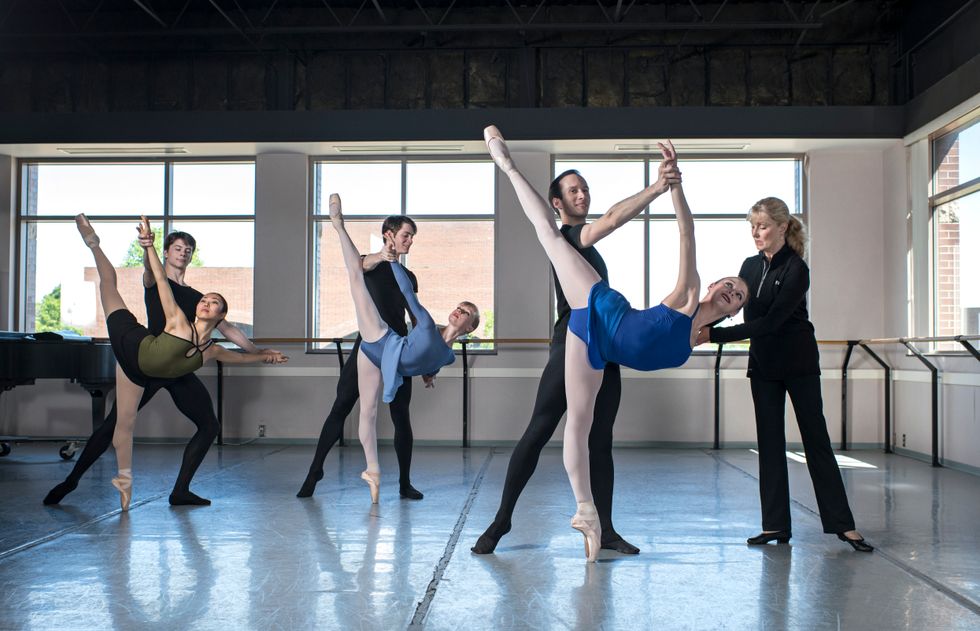 The modestly sized company performs upwards of 52 times a year, including eight main-stage productions in two theaters and various outreach shows. To support this, FWB has increased its number of contracted dancers, who receive health and dental benefits, from eight to 12 for this season and has, for the first time under Gibbons-Brown, instituted dancer rankings. In addition, 12 unpaid apprentices constitute FWB's corps de ballet and eight trainees supplement it. Recent auditions attracted dancers from Europe, Asia and South America, as well as from across the U.S.

The atmosphere in the studio is supportive, says fifth-year company dancer and former Auer Academy student Kerry Coughlin: "If someone is doing a part they are stressed about, we encourage them." The same goes for Gibbons-Brown. "She can be all business in the studio when needed, but if you are struggling, she is more than happy to help." Teaching has always been Gibbons-Brown's passion, and much of her studio time is dedicated to coaching and refining the dancers' technique.

With its finances in order, an endowment for future choreographic masterworks and continued growth over the past few seasons, Fort Wayne Ballet is a company on the rise. "The word is getting out about us," says Coughlin. "It wasn't always like that."

Audition Advice: Auditions take place in February, through special arrangement or by video submission. The process can last up to a week and includes company class, observing rehearsals and interviewing with Gibbons-Brown.

"I look for clean technique and unaffected dance," she says. "Can the instrument do the repertoire we have, and can they sustain that from day to day?" The interview is equally important. "I want to know the dancer's goals. We do a lot of outreach, so if they don't like talking to children or mentoring the next generation of dancers, we may not be the right place for them."

Fort Wayne Ballet At a Glance