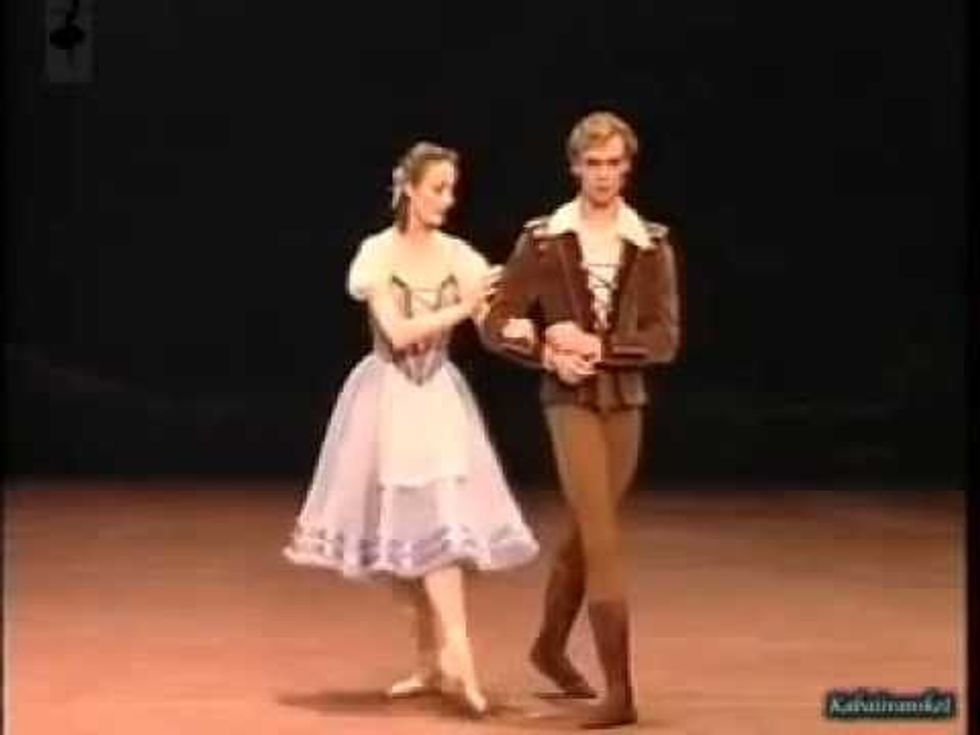 For those who have eagerly followed Julie Kent's illustrious career, all eyes turned to DC when she took the job as The Washington Ballet's new artistic director. This week, audiences are getting a taste of what the company looks like under her leadership, as the spring season begins.

Kent chose to kick off her inaugural season with a restaging of Giselle—a ballet she knows all too well. She danced the role countless times as one of American Ballet Theatre's star ballerinas, and her mastery is evident in this clip of herself and Vladimir Malakhov in performance.

In the Act I scene, Kent captures her character's playfulness, vulnerability and youthful innocence, bringing a sweet and delicate touch to the choreography. Watch the nuances in her facial expression when she lets Albrecht take a seat next to her at 2:20, smiling in anticipation and nervousness as he gets closer, before shyly springing away at the last second. The two barely touch, but the chemistry between them is revealed. As Albrecht, Malakhov gives away his regal background in subtle movements, like the way he carries himself as he walks across the stage.

Malakhov has also dabbled in both dancing and directing: He was a principal at ABT, and directed Staatsballett Berlin until 2014. As for Kent, she's already bringing her invaluable expertise to her new role. Check out this behind-the-scenes clip of rehearsal to glimpse what it was like in the studio as she coached TWB's dancers:

julie kent giselle the washington ballet vladimir malakhov #tbt
If you like us online, you'll love us in print!
Instagram
Pointe Magazine