Julia Erickson is leaping into her next chapter this fall. Photo by Aimee DiAndrea, Courtesy Pittsburgh Ballet Theatre.

Elton John, Neil Diamond and the band Rush—2018 just got underway and it already feels like the year of the beloved star retiring. Joining that list today is one of Pittsburgh Ballet Theatre's longest tenured principal dancers, Julia Erickson. The 38-year-old Seattle native trained at the Pacific Northwest Ballet School and spent two years with Texas Ballet Theater before joining PBT in 2001. Starting in 2010, she was the co-owner of Barre, a line of nutrition bars for dancers, until the company's hiatus in 2015. She was also the 2014 recipient of the BRAZZY Award for outstanding female dancer, chosen by Pittsburgh's dance writers. The audience and critics' favorite will close out her 17-year career with PBT in October. Pointe spoke with Erickson about her career and what's next. 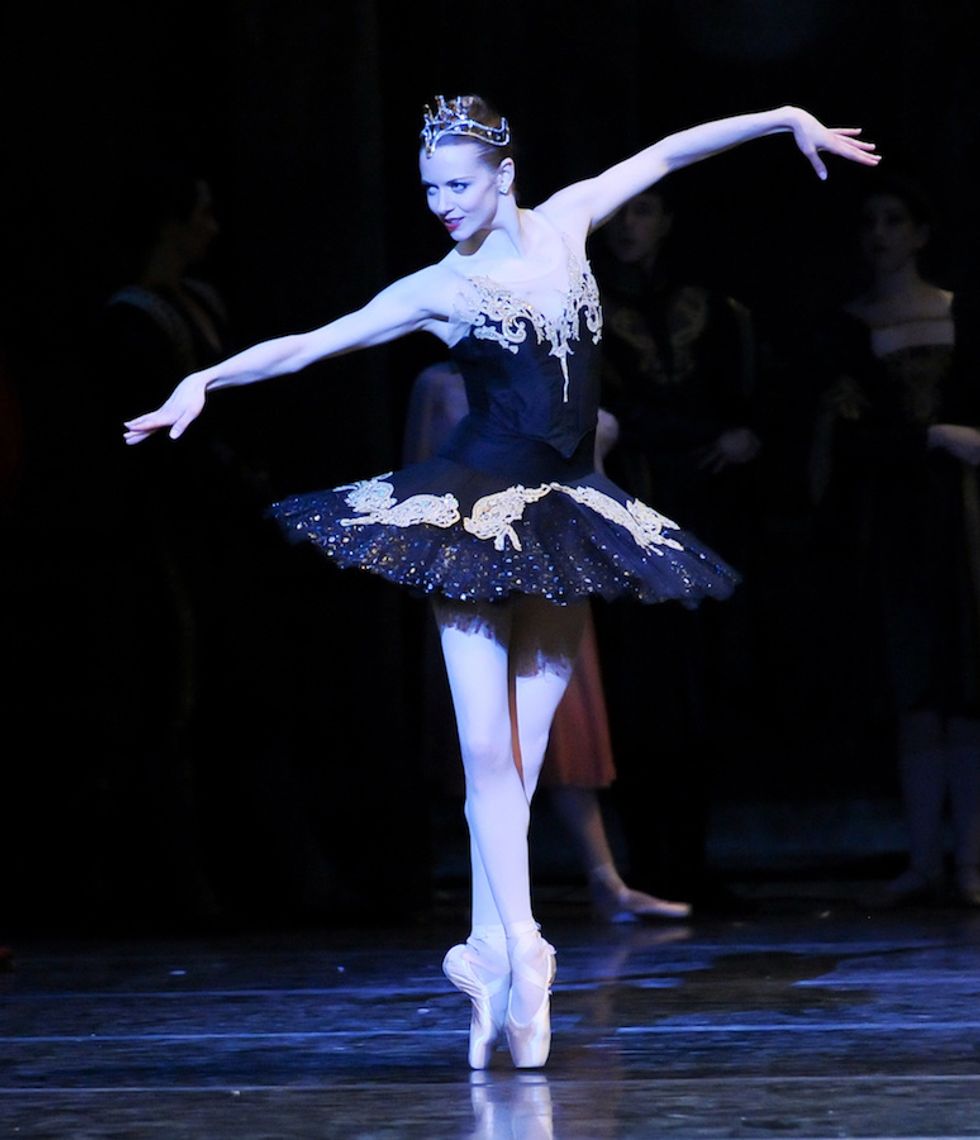 You appear to be at the top of your game, so why retire now?

I am not full-on retiring, just leaving PBT in the capacity I'm in. I plan to dance more. Guesting with [Santa Monica-based] Barak Ballet this summer was an eye-opening experience. I was able to discover that nowadays there are a lot more opportunities out there to dance that are not necessarily available to someone dancing under contract in a resident company.

So this is more of a career move?

I've had an amazing career at PBT dancing some amazing roles with a great group of artists. I feel so fortunate but I am at a juncture in my career where I feel I need to take a leap and see what else is out there. I want more, even if it is not in dance.

Were there other factors?

I am also interested in starting a family and am very close to finishing my degree at the University of Pittsburgh in political science with a business dual major. Right now I want to see what I can still do artistically. 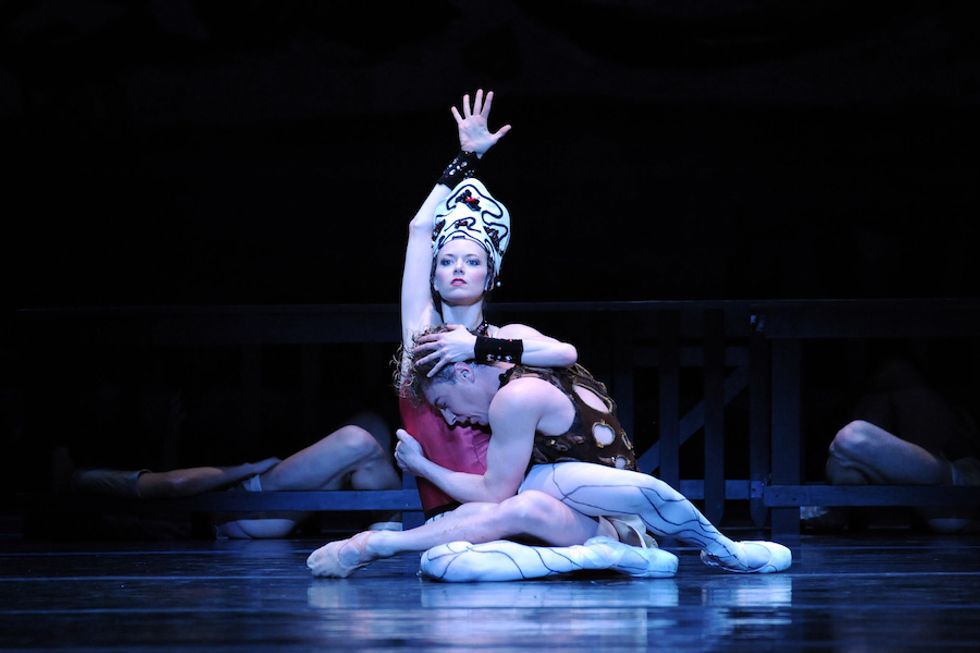 As the Siren in Balanchine's Prodigal Son. Photo by Rich Sofranko, Courtesy PBT.

You've recently gotten into choreography. Will you pursue more of that?

It is definitely in the cauldron of possibility. I don't want to be super-declarative on what I want to do. I plan on letting things flow and see what percolates up to the surface.

What were some of your favorite roles at PBT?

Odette/Odile in Swan Lake is a special one because it is such an amazing exploration of these ballet archetypes, as well as a physical and emotional challenge. [Editor's note: Erickson will reprise that role in PBT's production of Swan Lake on February 23.] I also love everything Balanchine I have danced, in particular Serenade, A Midsummer Night's Dream and Agon. One of my most favorites was dancing Nikiya in La Bayadère. It's the closest I have gotten to dancing a Juliet-type role.

Also, [William Forsythe's] In the middle, somewhat elevated. I think every performance has been great because I often feel much freer to take liberties onstage than I do in the studio, and that makes the stage a lot more fun for me. That's just the dancer I am. The stage is like one big playground. 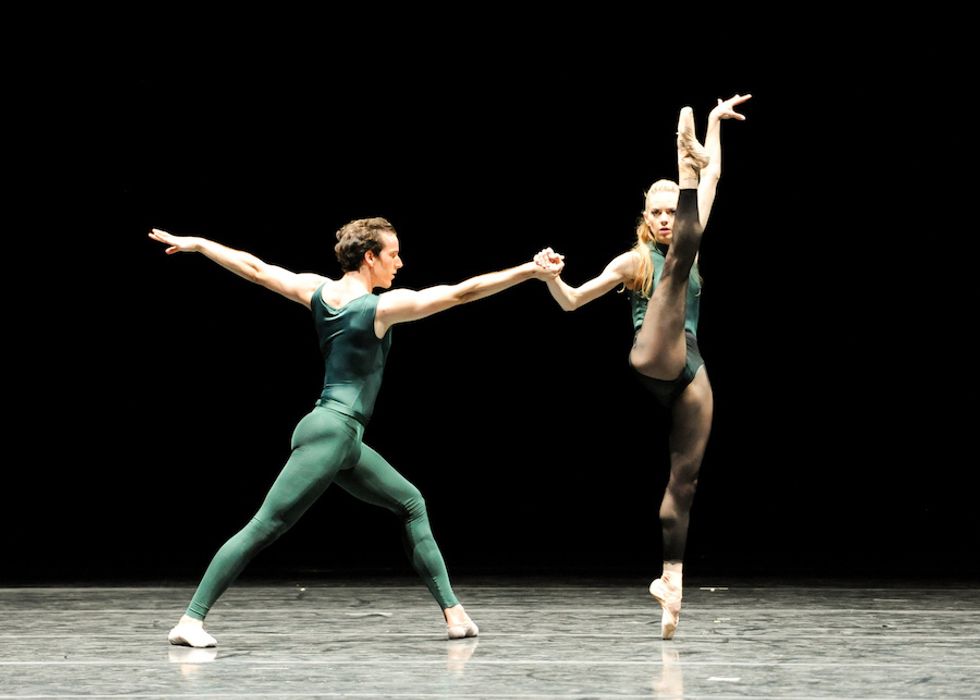 What will you miss most about company life and PBT?

I am really going to miss being in everyone's face every day and them being in mine. I really love the camaraderie of the close quarters, the family atmosphere and my life in the studio. I loved being a steward of the organization and being a momma hen to the younger dancers. I know those relationships aren't going away just because I am not going to be a principal dancer there anymore.

Related Articles Around the Web
pittsburgh ballet theatre retiring julia erickson
If you like us online, you'll love us in print!
Instagram
Pointe Magazine