An American in Moscow: The Kremlin Ballet's Joy Womack on Training—and Dancing—in Russia

Womack rehearsing before the evening's performance of Don Quixote. Quinn Wharton for Pointe.

A striking dancer with ultra-classical elegance, Joy Womack, who turns 21 in April, is the first American woman to graduate from the domestic program of the Bolshoi Ballet Academy in Moscow in over 60 years. She was immediately placed in the school's Russian classes, as opposed to its foreign program, which is unusual for an international student, and stayed for three years. After graduating in 2012, she joined the corps of the Bolshoi Ballet, but after a year and a half was invited into the smaller Kremlin Ballet as a principal. There, she was given the opportunity to dance Aurora and Giselle. Wendy Perron, editor at large of Dance Magazine, caught up with her by phone.

What attracted you to the Bolshoi training?
It was the acting, the sheer rawness, the power, and the focus on being yourself, portraying in dance how your soul looks on the inside.

Technically what's been the hardest thing for you?
I really struggled because I didn't have the Bolshoi foundation when I went there at 15. The first through fifth classes in the Russian school are where you learn to turn out correctly. It's not something you learn overnight. Every day I think about rotating the entire leg, about circular motion going upward. You have to pull up out of the vertebrae in your lower back and send rotational movement through your hips. 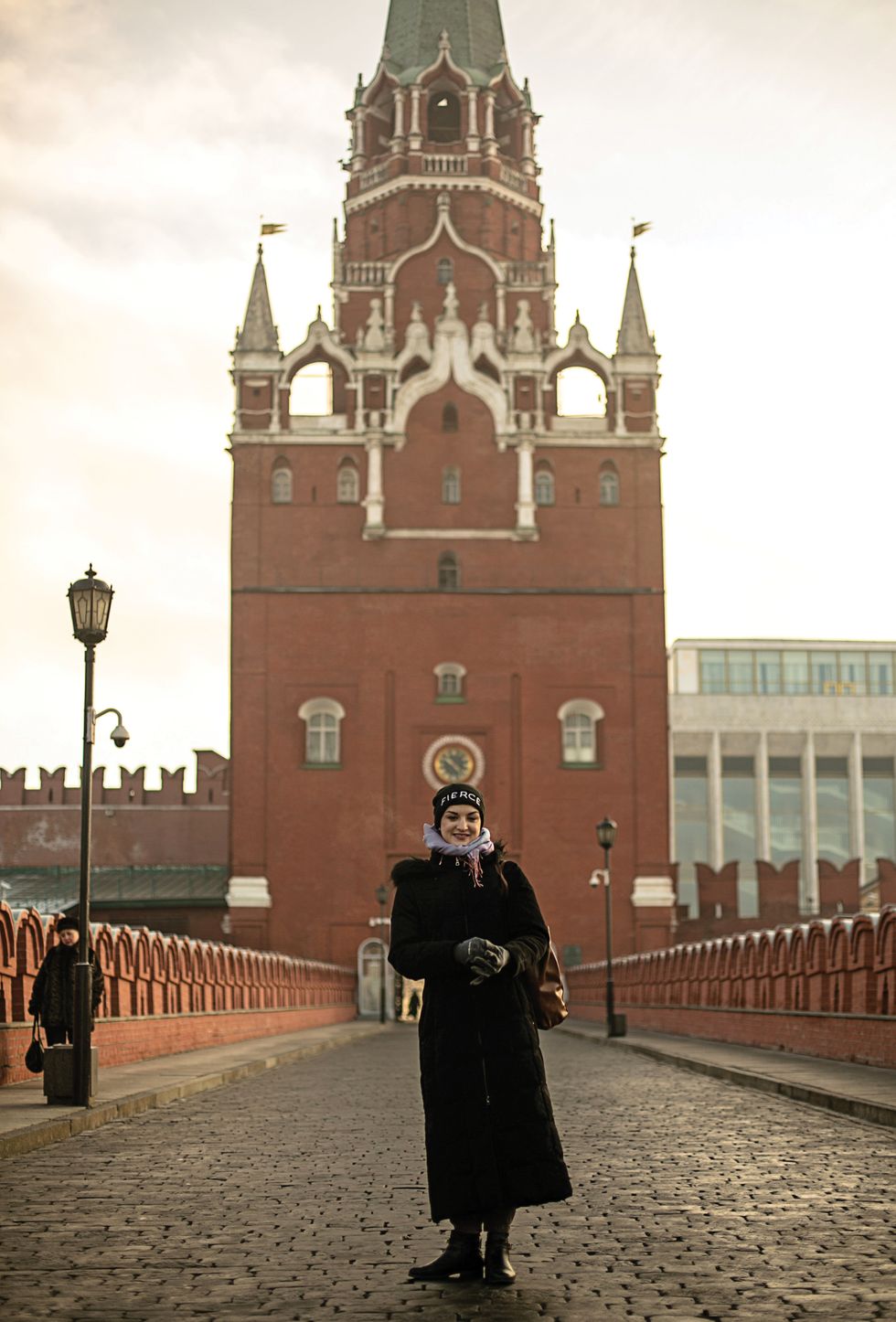 Womack in front of the Kremlin on her morning walk to work.

Photography by Quinn Wharton for Pointe.

How long did it take you to learn Russian?
I understood class and corrections within the third or fourth month, but those first six months were very difficult.

When you were at the Bolshoi Ballet Academy, was it your dream to dance with the Bolshoi?
The first time I danced on that stage something happened to me. I just wanted to dance there. It was a desire that obsessed me in the worst way. I got the opportunity to do it and I'm so grateful for that.

What do you miss most about the U.S.?
Everybody dances there because they love it. It's an incredible thing to come to class and everyone is smiling, laughing, cracking jokes and not afraid to be themselves. Sometimes it makes me sad when I come back home and take class with my old studios in California. You have to pay so much more to become a professional dancer in the States that when you do get there, everybody's very happy to have made it.

What are the advantages to dancing with a smaller company like Kremlin Ballet?
Compared to an American company it's relatively large, at 110 people. I have a teacher, Zhanna Bogoroditskaya, who is very devoted to me. There's an opportunity to do outside things because the schedule isn't always heavy. Right now I'm developing an energy bar for dancers [soon available at theprimabar.com] and also working with amazing video artists. At the Bolshoi, you're there from morning till evening, so you have less free time to do things like that.

Zhanna was coached by the great Ekaterina Maximova. Do you get a sense of history?
Yes, especially when she talks about fingers. “Fingers should never end, fingers should go on for ever and ever. If your fingers are ending, then what you're saying is ending." It's almost like Maximova is speaking through her.

Do you have a regular partner?
Mikhail Martinyuk. We dance a lot together. He's been a huge mentor for me. Especially when Zhanna isn't here, he takes class right by me and gives me corrections. In April we will probably do Swan Lake together.

What advice would you give a young American dancer who wants to train at the Bolshoi?
Don't look to the big names, look at what works for you. For example if you didn't get into the Russian classes, maybe your teacher in the foreign classes is better because she cares about you. It's more about personal relationships.

All photography by Quinn Wharton.

Related Articles From Your Site
Related Articles Around the Web
russia kremlin ballet zhanna bogoroditskaya joy womack
If you like us online, you'll love us in print!
Instagram
Pointe Magazine