Since becoming New York City Ballet's newest and youngest principal dancer in October of last year, Joseph Gordon has been quietly working his way through a series of important roles in the company's repertoire. He's not a flashy dancer, nor was his rise meteoric. The 26-year-old, Arizona-born dancer did his time, spending five years in the corps before being made a soloist in 2017. Many of his earliest featured roles were in ballets by Jerome Robbins, works like Interplay and Glass Pieces in which his clean, unmannered style and boyish, all-American look were a natural fit. But the seasons since his promotion to principal have revealed him to be much more—a dancer with a subtle radiance and unforced gravitas. In the past two seasons alone, he has debuted in, among other things, "Diamonds," Afternoon of a Faun, Sleeping Beauty, Liebeslieder Walzer, and William Forsythe's Herman Schmerman. This spring, he will take on Scotch Symphony and one of the greatest challenges in all of ballet, Theme and Variations. Quietly, and without fanfare, he is coming into his own.

Recently, Pointe caught up with him at Lincoln Center to hear about his career and aspirations.

What does it mean to you to dance your first Theme and Variations?

To me, it's the epitome of classical ballet technique. The way the music combines with Balanchine's choreography is just so perfect. And I feel like it fits right in my arsenal. For five years of my life I did that variation almost every week at the School of American Ballet with Sean Lavery. And one of the first things you do when you get into the company is dance the corps of Theme and Variations. The guys don't come on until the last movement, so you can watch the whole ballet from backstage. I feel like it's already in my body.

Joseph Gordon on Instagram: “Had to work (or is it werk?) on Passover and Easter but it’s all good because my job is pretty fun.”

Do you think of yourself as more of a Robbins or a Balanchine dancer? You've done quite a bit of both.

I feel like I'm both. They're difficult in opposite ways. Robbins can be very physically demanding, but in a way you have to look at his ballets more as plays. You have to create a person and a world onstage. It's a more difficult rehearsal process. I have a lot of friends who are actors, and I've been talking to them about character development and the work they do. It was definitely a steep learning curve. I had to learn to see things from my own perspective. It takes me a long time to figure that out.

You have such a boyish face; has it ever felt like a liability? Do you feel like you've had to fight to be taken seriously?

Actually, I feel it's something I can use in my favor. This is where I am in my life. This time is going to go by really quickly. But I did feel sometimes that there is this big shift when you become a principal. Maybe this is something that needs to change in ballet culture, but it's very infantilizing when you're in the corps. You're not really given a voice. And then all of a sudden you're made principal, and everyone treats you differently. I like being respected. But I think you should respect people who are in the corps just as much. 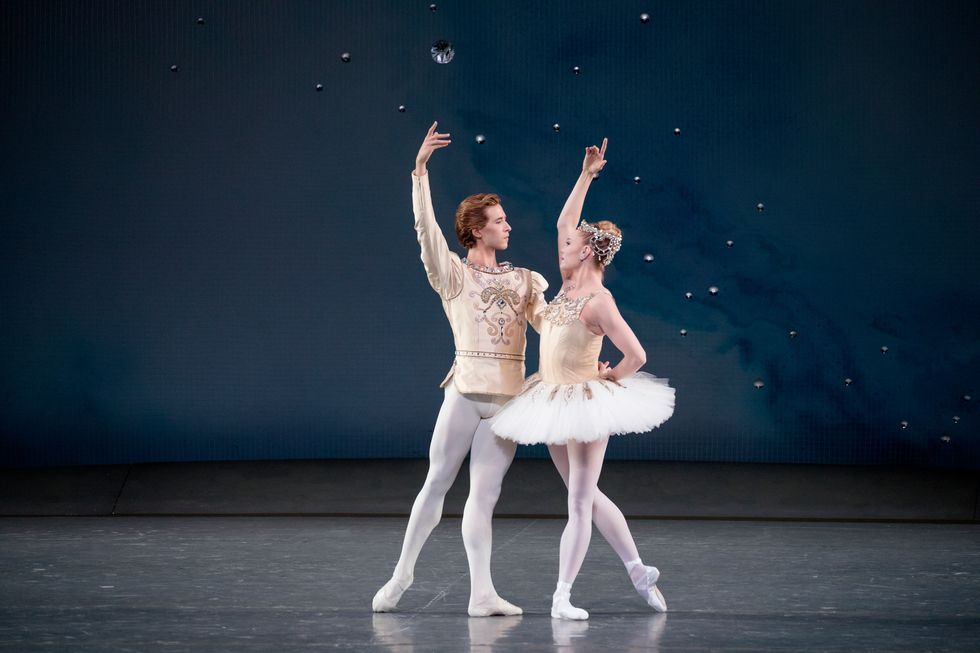 In these big debuts, like Diamonds and Scotch Symphony, you're dancing with senior ballerinas in the company. Is it a difficult adjustment?

Diamonds was huge. It was hard at first working with Sara Mearns. At a certain point I had to say, "You know, I'm not at your level yet. You've been doing this ballet for 10 years. So you're just going to have to give me a little bit of time to get there." I think she understood that. We asked to have time without coaches or anybody there to figure it out on our own. And it fell into place. After having to go through that process with her and meet her at her level, I felt like I had matured a great deal.

Recently, NYCB has been inviting more former dancers to coach their old roles. Have you worked with someone who has really helped you?

I haven't really had the chance yet. I'd love to work with a male dancer who has done the rep I'm doing. I really respect people like Nikolaj Hübbe and Peter Boal; I thought they were great dancers. They're always in my mind. I wonder what it would be like to get Helgi Tomasson here. Today Adam Lüders taught company class and he was wonderful. I'm lucky that I've gotten to work with Damian Woetzel in the summers when I go to the Vail Dance Festival. He's been a big influence.

What was it like working with the choreographer William Forsythe on Herman Schmerman last season?

He's one of the most inspiring people I've worked with. He comes so much out of our Balanchine lineage, so everything he does is just an extension of what Balanchine was doing. We all had this idea of how to do his steps and he was like, chill out, you have this in the bag, just be yourself. It was such a breath of fresh air. In rehearsal he would say, "Give me a show. And if you fall, I don't care, just dance your way out of it."

Are there other choreographers you're excited about working with?

I love working with Alexei Ratmansky. Pictures at an Exhibition was my first experience diving deep with him. He just pushes you. He's always wanting more clarity or quality. He'll ask for things that make you think, I can't do that. It just makes you a better dancer. And I love the humor in his choreography. 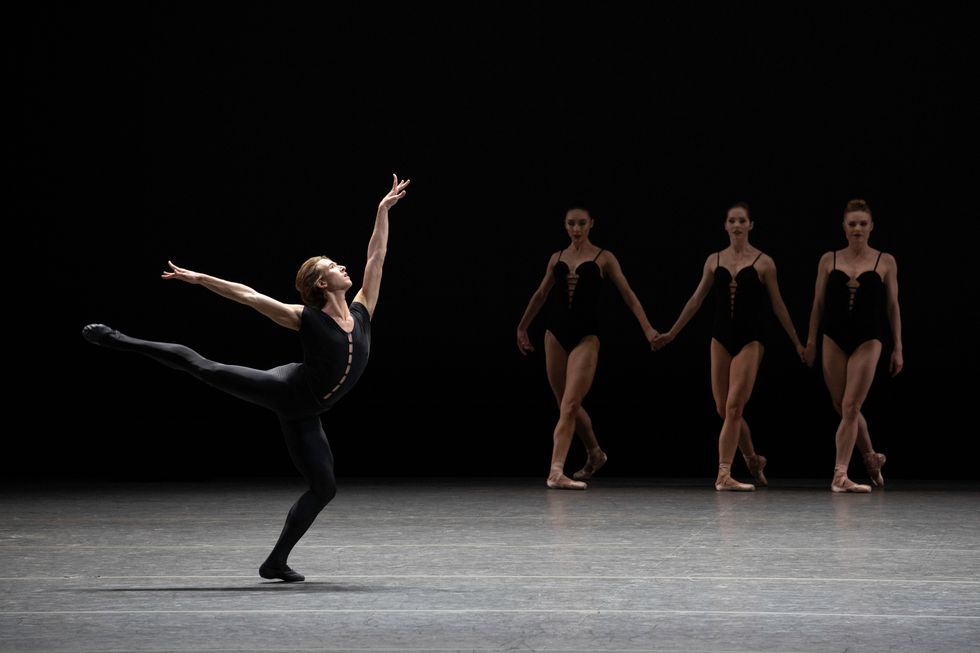 I'm very passionate about dance because I had a rough childhood, and I think in a lot of ways dance saved my life. It's the most beautiful I feel in my life, and the most validated and gratified. But it can also feel like the most profound moments in my life happen onstage. It's exhausting and exhilarating.

Do you have an ideal in your mind when you dance?

I think my ideal is purity. To express with clarity. To move someone. That's what I want for the audience. But for myself, I just want to be lost in space and time and movement.