It's a truth universally acknowledged that any ballet company worth its sugar plums must have a production of Nutcracker as part of its holiday season repertoire. And for nearly three decades, through its final performance at Chicago's Auditorium Theatre in December 2015, the Joffrey Ballet was well served by its uniquely Victorian-American setting of the classic. It was choreographed by founding artistic director Robert Joffrey shortly before his death, and featured major contributions from Gerald Arpino.

Now the Joffrey is about to get a brand-new $4 million version of the ballet, choreographed by Christopher Wheeldon. He has assembled a stellar team of collaborators, including set and costume designer Julian Crouch, author and illustrator Brian Selznick, puppeteer Basil Twist, lighting designer Natasha Katz and projection designer Benjamin Pearcy. And while the production will retain the Tchaikovsky score, and many of the ballet's classic elements, the story will be reimagined with a distinctly Chicago backdrop. 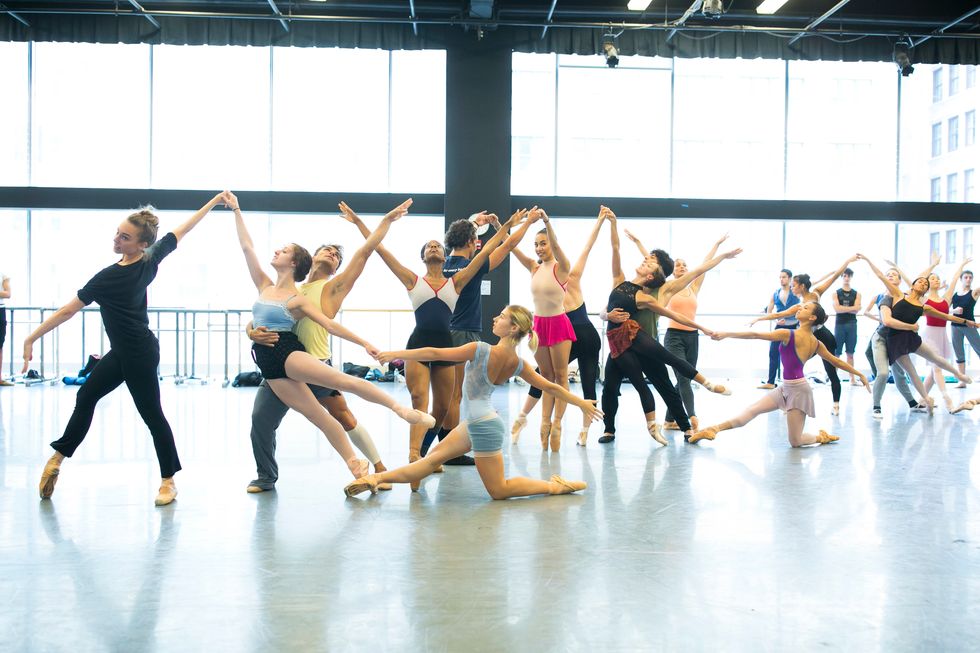 The Joffrey Ballet in rehearsal

Set during the construction of the city's fabled 1893 World's Fair, the family at the ballet's center will not be the usual group of upper-class sophisticates. Rather, the story will revolve around the female sculptor who worked on the Exposition's iconic statue of Columbia, and her daughter, whose friends are the children of laborers working on the fair. The character of Drosselmeyer, the magician, will be based on the great urban planner Daniel Burnham, and the ethnic variations will be inspired by the array of international pavilions that were a notable element, including those from Egypt, Germany and Venice.

"This version will be full of surprises and more cohesive storytelling," says Joffrey artistic director Ashley Wheater. "Thousands of Chicago kids come to see our production each year, and I think they don't quite relate to the story as it has been told. This will be a Nutcracker about making magic out of everyday things."