This spring, The Joffrey Ballet will present the North American premiere of Alexander Ekman's Midsummer Night's Dream. The Swedish choreographer is best known for his absurdist and cutting-edge productions. "This is not Shakespeare's Midsummer," says Joffrey Ballet artistic director Ashley Wheater. The title of Ekman's version, which premiered with the Royal Swedish Ballet in 2015, refers not to Shakespeare but to Midsummer, the traditional Scandinavian summer solstice festival. The piece follows a young man through a day of revelry followed by a nightmare, blurring the line with reality. "It's a kind of otherworldly dream," says Wheater.

Bringing Ekman's production to life is no small feat; the piece utilizes the entire Joffrey company. "I can't think of another performance that has so many props," says Wheater, listing giant bales of hay, long banquet tables, umbrellas, beach chairs and more. The piece features a commissioned score by Swedish composer Mikael Karlsson, which will be performed onstage by singer Anna von Hausswolff. "She is very much a part of the performance; she's kind of the narrator," says Wheater. Dancers also contribute to the narration with spoken text, including imagery of young love and a dose of humor. 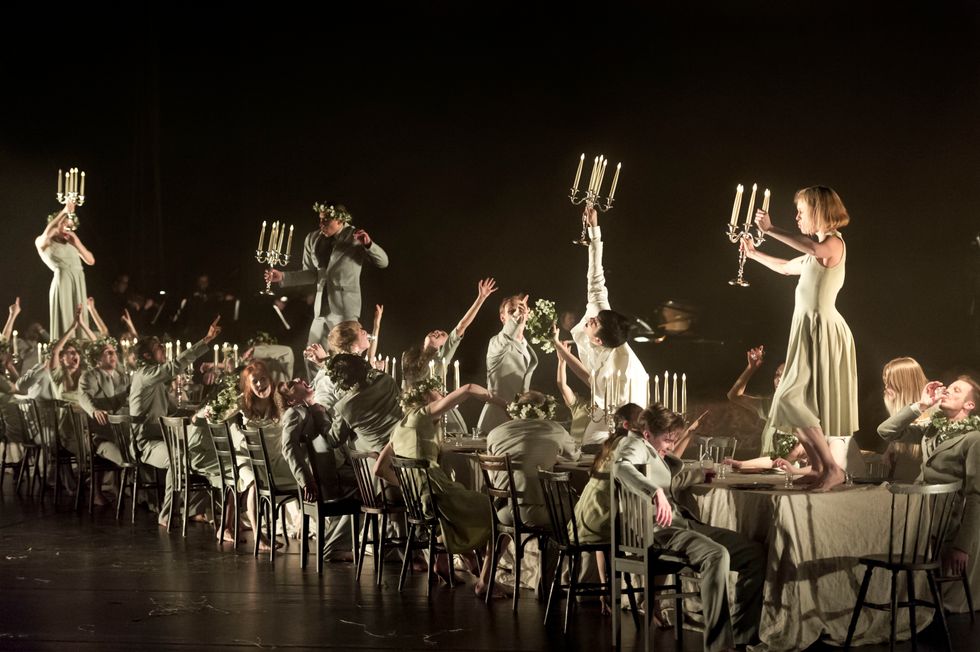 This will be the fourth work by Ekman that The Joffrey has performed. "I think it says something that Alex trusts us to bring the work to its full realization," says Wheater. "It's not just a few ballet steps here and there; he asks you to fully engage with yourself, not only as a dancer but as an actor and a person." Ekman's Midsummer will run April 25–May 6 at the Auditorium Theatre in Chicago.