In 1983, at New York City Ballet, Jerome Robbins decided to create a tribute to the great Fred Astaire, one of the most influential artists of the 20th century. Astaire dazzled audiences on the silver screen, making an unmistakable impact on dance in film. Robbins decided to set his ballet against the backdrop of film projections of Astaire dancing with Rita Hayworth in a scene from the 1942 film You Were Never Lovelier. According to NYCB's website, when Robbins wrote to Astaire letting him know of his intentions, Astaire replied, "I'm honored that you want to do what you suggest." The result was I'm Old Fashioned, a ballet that's full of Astaire's signature elegance, and the glamour and romance of his films. The work transports the audience back to a time of long ball gowns and men in white ties and tails, when love stories were told through dance.

Up until now, only New York City Ballet has performed the piece. But that changes tonight when Miami City Ballet opens their second program of the season, and becomes the first company outside of NYCB to bring the piece into their repertory. Christopher Wheeldon's This Bitter Earth, George Balanchine's Tschaikovsky Pas De Deux and Alexei Ratmansky's Symphonic Dances round out the program.

"It's all ballroom and waltzing and kind of floating across the floor, and it gives a feeling of gliding. It's very romantic," says Samantha Hope Galler, one of the MCB soloists performing in I'm Old Fashioned. It's also deceptively tricky. The piece incorporates elements of ballroom, swing rhythms and Latin dance, and finds the women in long gowns rather than tutus or leotards. The most challenging part of all is embodying the spirit of the larger-than-life onscreen legends in the film projections, and the ease and effortlessness with which they moved. Balanchine himself once called Fred Astaire "the greatest dancer in the world." Of Hayworth, Galler says, "The hardest thing was when you watch her, everything makes sense, and then when you try to do it, it's a lot harder than they make it look. I think the biggest challenge for me was to embrace the calmness that she has." 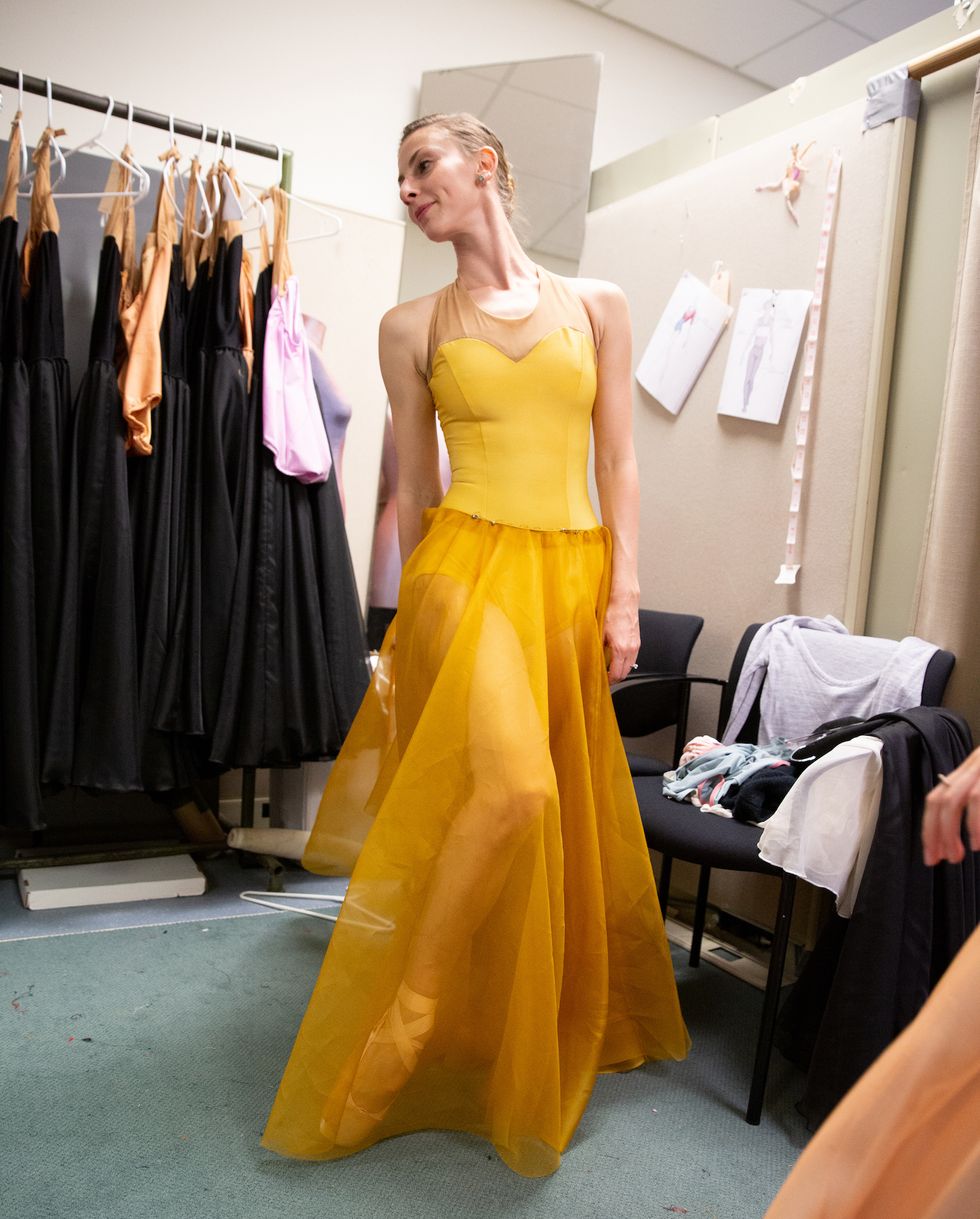 Of the ballet's three principal couples, Galler learned two of the female roles: the girl in yellow who dances a pas de deux en pointe, and the girl in red who dances what's called the "lazy" pas de deux. "It's been fun to work on two parts because they are quite different. They have similar elegance to them, but the couples are different in levels of maturity," she says. The yellow girl and her partner are the couple that open the ballet, with the daunting task of entering right after the film of Astaire and Hayworth plays. "The dance that she does with her man is a little bit more playful. It's kind of cute and shy," Galler says. As for the girl in red, "She's very comfortable in her skin, and she is super glamorous. She embraces a little bit more of a sexual side," says Galler. "I try to envision myself walking on 5th Avenue—how you feel empowered a little bit, and confident in a different way." 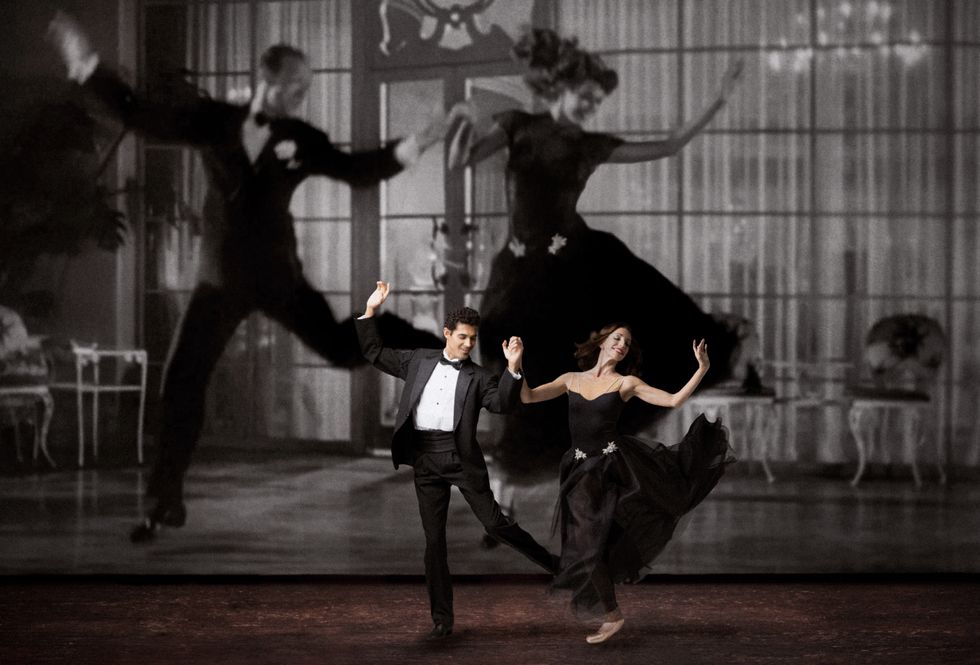 To help herself get into the mindset of each character, she thought about her own relationship with her fiancée at different stages. "I tell myself, what was it like when I first met my fiancée? And now, what do I feel when we're walking down the street together, that comfort?" she says. "I try to incorporate actual feelings because it makes it more real, for me at least."

The company worked with ballet master and Robbins repetiteur Christine Redpath to capture the nuances of Robbins' choreography, and the way he incorporated particular traits of Astaire and Hayworth's movement as well. Details like the height of the arms, or getting just the right tilt in the head (not too far down or up) helped Galler find her way into the look and style of Rita Hayworth in the film. Musicality is also key. "There are some places you can play with the musicality, but then there are places where you really don't want to be late," she says. "In the red pas de deux there are bigger lifts and you have to be right on the music for that." MCB artistic director Lourdes Lopez, who performed in I'm Old Fashioned during her own days as an NYCB dancer, also brought her expertise to rehearsals.

For Galler, though the piece evokes another time, its sense of romance is still relatable and timeless to audiences today. It also shows another side of the company's dancers, and another facet of their versatility. "I haven't seen anything quite like it," she says of the ballet. "It's really unique."