Bee pollen, cacao nibs, flower buds—you might expect to find these items in a gardener's hands, not a dancer's pantry. Yet if you knew New York City Ballet corps member Jenelle Manzi, you wouldn't be surprised by this odd ingredient assortment. She's become known among her NYCB peers for her baked goods; all homemade, dairy-free and gluten-free. What began as a critical health need has blossomed into a growing passion project that includes an Instagram feed full of yummy recipes. 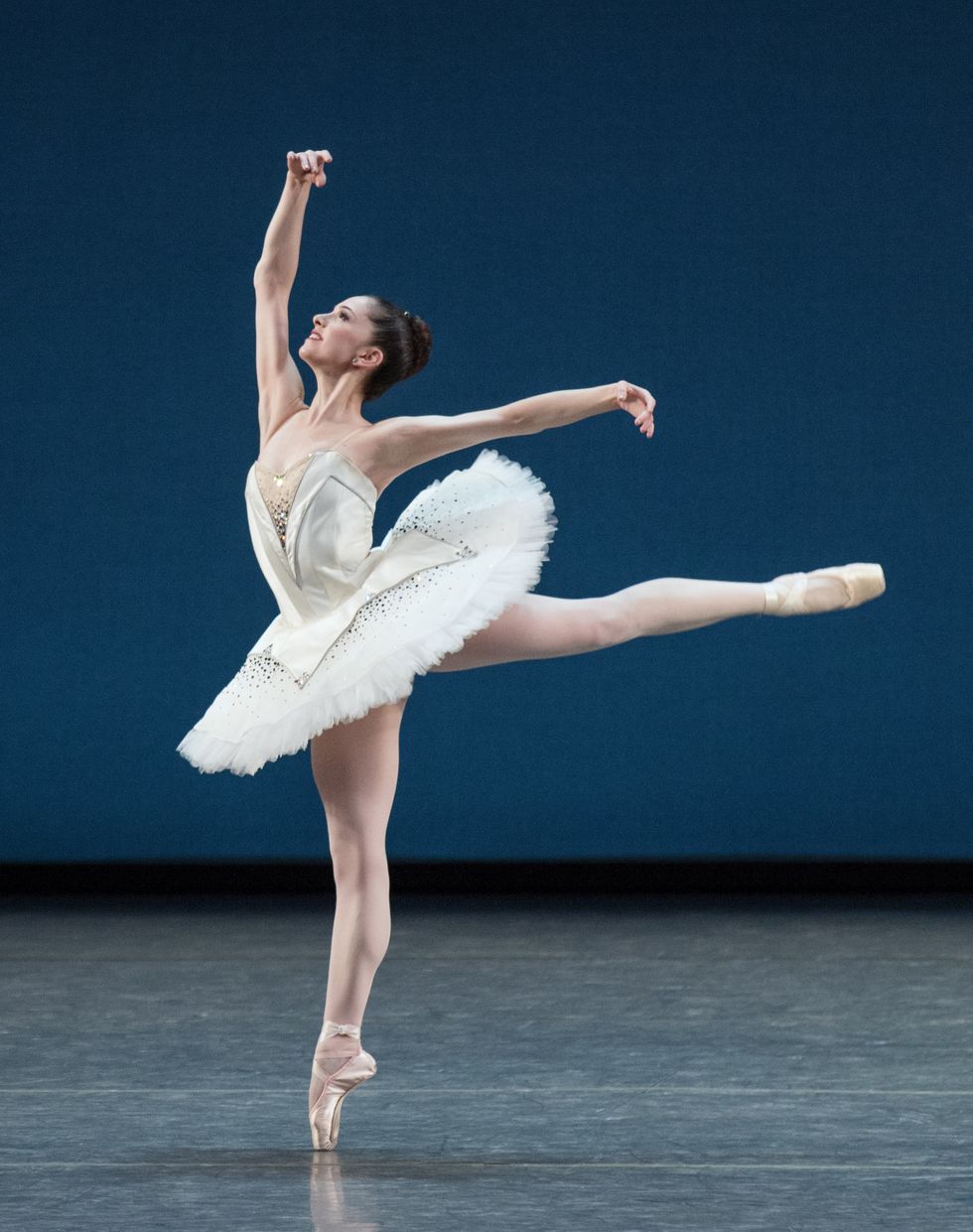 Though she has always had a penchant for baking, 28-year-old Manzi might not have believed she would one day be whipping up gluten-free batters. Focusing instead on ballet, she began training at her home studio at 4 years old and moved to NYCB's School of American Ballet at 11.

Manzi earned her apprentice contract at just 16 years old and joined the corps a few months later at 17. But by her second year in the company, she was on and off the stage due to two extra bones in her right ankle that had broken off and what doctors thought was a torn tendon. Mysteriously, the inflammation wasn't isolated to one ankle. "I couldn't put my rings on," she remembers. "My pointe shoes wouldn't fit. I didn't get a period. I had gastrointestinal issues."

Manzi sought the help of doctors and nutritionists, who recommended eliminating different food groups to root out the malaise's source. Gluten intolerance emerged as the clear culprit, and Manzi replaced traditional gluten-heavy foods like bread and pasta with substitutes like rice and quinoa. She also minimized dairy and refined sugars and opted for more lean proteins.

The difference, though not an overnight phenomenon, was drastic. By eliminating gluten, Manzi's stomachaches disappeared, the inflammation subsided and her energy levels rose. But she knew that the diet shift could leave her unsatisfied.

Thus, she decided to put her baking skills to work and make her own gluten-and dairy-free foods. She had some basic knowledge from cookbooks and plenty from practice, so the challenge became producing the same delicious tastes and textures from untraditional ingredients. Manzi's kitchen becomes a laboratory when she's concocting new recipes, with plenty of trial and error before reaching a delectable finished product.

With recipes for everything from grain-free truffles and chocolate indulgences to daily snacks like energizing cookie-dough protein balls, Manzi's baking repertoire is as varied as the ballets she loves to perform. And she hopes her recipes will encourage others to opt for more wholesome nutrition—while savoring some sweets along the way.

Dance idol: "Darci Kistler. She's the reason I started dancing! I sent a postcard to her when I was 4 and she wrote back and told me to always follow my dreams."

Healing hack: Wrap a sprain or inflamed joint injury in a compress of French green clay and apple cider vinegar. "It's a tried-and-true trick among us dancers."