What to Watch: Jacques d'Amboise on Dancing for Jerome Robbins

"Jerry, throughout his life, wanted a world where races, cultures and people came together without conflict and hate and anger, but lovingly, to make a community." These words were spoken earlier this week by Jacques d'Amboise at an event titled Upper West Side Story: A Celebration of Jerome Robbins, hosted by National Dance Institute, which d'Amboise founded in 1976 to provide free arts education to children in New York City and beyond. D'Amboise then reiterated his point by quietly singing the famous refrain from West Side Story, which Robbins choreographed and directed for both screen and stage: "There's a place for us."

There have been a lot of tributes to Robbins this year in honor of his centennial, but hearing d'Amboise speak first hand about working with the great choreographer offered a whole new perspective. New York City Ballet principal Adrian Danchig-Waring monitored the evening, which included conversations with d'Amboise, presentations by his daughter, musical theater actress Charlotte d'Amboise and NYCB principal Daniel Ulbricht. Excerpts of Robbins ballets were also performed by members of NYCB, NDI students, and The Bang Group. According to Danchig-Waring, both Robbins and d'Amboise joined NYCB in 1949. Robbins had spent the past two years as a member of Ballet Theatre (now American Ballet Theatre), where he realized that his repertoire consisted exclusively of Russian works (he'd played a Russian peasant, a Russian soldier and a Russian groomsman), which caused him to wonder why there weren't any ballets about the American experience. So he turned his gaze to what was going on in the world around him, and he began to choreograph. His first ballet, Fancy Free, which tells the story of three sailors on leave, debuted in 1944 and is still a smash hit with companies today. 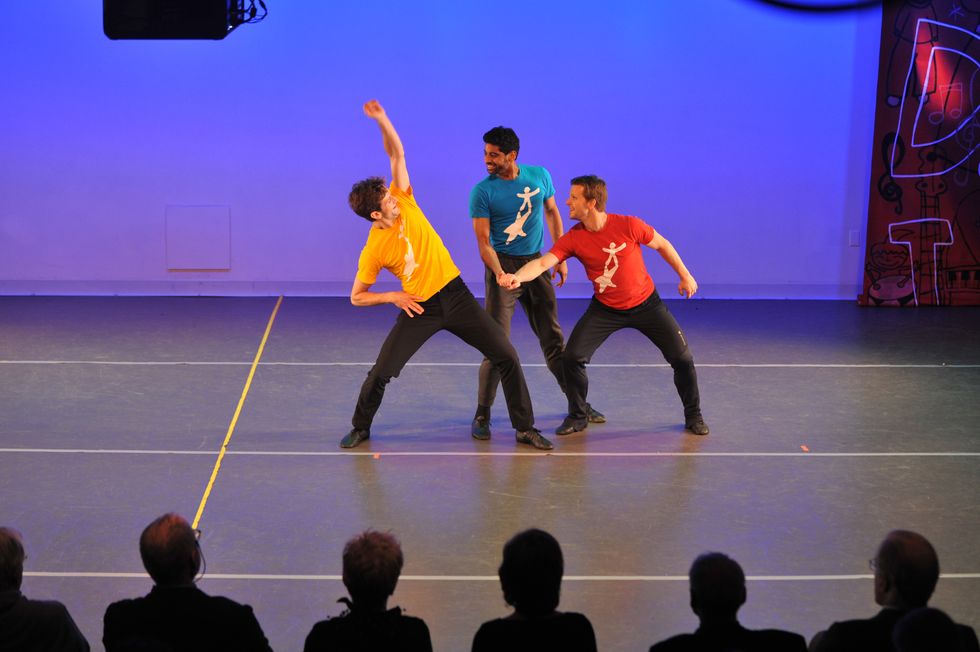 The lasting success of Robbins' dances can be attributed to what d'Amboise sees as the great humanity behind his work; Robbins presented identifiable and relatable characters onstage. To that end, D'Amboise shared that Robbins would often pair him with his wife, fellow NYCB dancer Carolyn George, to get authentic feeling out of them. Some of Robbins tactics, while effective, were less kind. "He would have the dancers come in and say 'You're not allowed to talk to each other or make eye contact today' in his rehearsal," says d'Amboise, "And then one day he says 'And now you can.'" Danchig-Waring connected this to Robbins' early training in Stanislavsky technique, what we think of today as method acting. And Robbins found other ways to pit the dancers against each other. While working on Afternoon of a Faun, Robbins invited many couples to rehearsal and would constantly switch the pairs around; he hoped that the competition would help the dancers to perform at their best.

While d'Amboise ultimately became known for Faun, it wasn't always that way. He spent nearly a whole year avoiding the piece, even enlisting Balanchine to get him out of performing it. "I'd say 'Oh, uh, Mr. Balanchine, I have Tchaikovsky Pas de Deux and Raymonda... and Afternoon of a Faun. Do you mind if I tell Jerry that I'm too busy?'" D'Amboise ultimately danced it for the first time with Tanaquil Le Clercq on tour in Paris to great acclaim. After sharing this story, the audience at NDI got the chance to see video footage of him and Le Clercq in the ballet (you can watch it here). As the footage faded out halfway through, NYCB principals Sterling Hyltin and Chase Finlay entered mid-lift, picking up where the video left off and reminding the audience of the timelessness of Robbins' ballets.

You can watch a section from the conversation between d'Amboise and Danchig-Waring below.