Though Kolesnikova's favorite roles include Nikiya, Giselle and Juliet, she's best known for dancing Swan Lake's Odette/Odile. Going forward, she also dreams of taking on parts like Manon, Anna Karenina and Marguerite from Marguerite and Armand. "I like roles where I can express emotions and loves," Koleniskova told Pointe through a translator earlier this week. Though when it comes to Swan Lake, she prefers playing Odile. "A negative character is a fun place to find something new to act and to approach," she says. "It's more enjoyable." 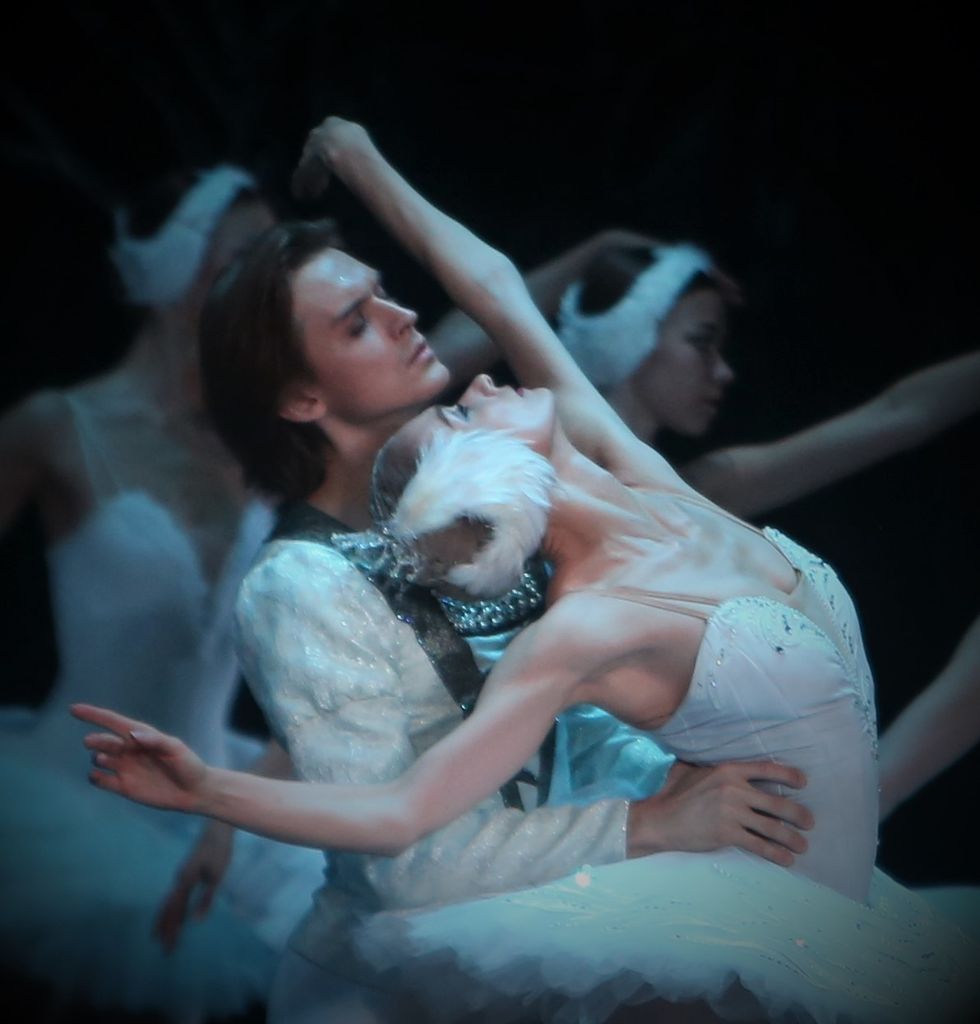 Kolesnikova will take the stage with Denis Rodkin this weekend.

And indeed, practice seems to be the hard-working ballerina's approach to her on-the-road lifestyle. "Otherwise you cannot go through two-and-a-half hours of a performance, so you always have to rehearse, even when you have a day off," she says. Kolesnikova spends any precious time out of the studio with her and Tachkin's six-year-old daughter, who frequently joins them on tour.

SPBT will present a traditional Swan Lake production based on Marius Petipa and Lev Ivanov's early version. "I hope the audience can tell the difference between our version and United States companies'," she says of SPBT's Vaganova legacy. In terms of coming to the U.S., Kolesnikova feels a sense of responsibility in representing the tradition from which she hails. "It's a long way to debut, and an important step for us and our company," she says.

There's a famous lithograph of Jules Perrot's Pas de Quatre, which had its debut in 1845 at London's Her Majesty's Theatre. The print depicts four of the most celebrated ballerinas of the time—Carlotta Grisi, Marie Taglioni, Lucile Grahn and Fanny Cerrito—with nearly indistinguishable light skin and brown hair, dressed in identical lily-white costumes. This weekend, 175 years later, Brooklyn Ballet recreates that image with a group of dancers of color, reflecting the community in which the company is housed. "Our mission is to represent Brooklyn and its diversity," says artistic director Lynn Parkerson.