Cuba's Gran Teatro de La Habana Alicia Alonso, one of the four theaters in use during the festival. Photo by Quinn Wharton.

Anyone attending the National Ballet of Cuba's biennial Havana International Ballet Festival can expect an adventure that is equal parts treasure hunt and lottery, amidst a cornucopia of choices. This year's festival, the 26th, was no exception, offering 25 programs in four theaters. The event, held October 28-November 6, was also notable for the unanticipated absence of 96-year-old Alicia Alonso, the host company's founder and Cuba's ballerina assoluta. Due to flagging health, Alonso was unable to make her customary opening night appearance, where she would have been seated alongside Cuba's new President, Miguel Díaz-Canel.

Isabella Boylston on Instagram: “It was such a privilege to perform in Cuba this week. Thank you for your kindness and hospitality! Here are some rehearsal photos from the…”

During a press conference, Ulbricht explained his own exposure to Cuban-style training with teacher Javier Dubrocq, and that he hoped his company's eclectic repertoire could offer something Cuban audiences rarely get to experience. Over email Ulbricht elaborated, comparing his curated program to a restaurant menu with enough variety to please all tastes. He felt vindicated that the energy the performance generated took the Cuban audience on a wild ride that surpassed their expectations of his NYCB cachet: Audiences cheered and stamped their feet, applauding until the floors and walls shook—it felt forceful enough to blow apart the U.S. embargo, metaphorically speaking.

Does he think the cultural exchange between his company and the Cuban artists as a symbolic act that challenges the U.S. embargo? "Dance—and the arts in general—have the unique ability to transcend borders and politics," says Ulbricht. "We can only represent the beauty and culture we share, not the policies in place. Hopefully, that won't be the case for too much longer."

National Ballet of Cuba Welcomes Back Its Diaspora

The audience's ovation after Domitro and Almeida's Black Swan pas de deux was especially memorable: After many curtain calls, Almeida plucked a rose from her bouquet to give to Domitro, and Domitro in turn, tossed it into the audience to the most enthusiastic person shouting "Bravo!" 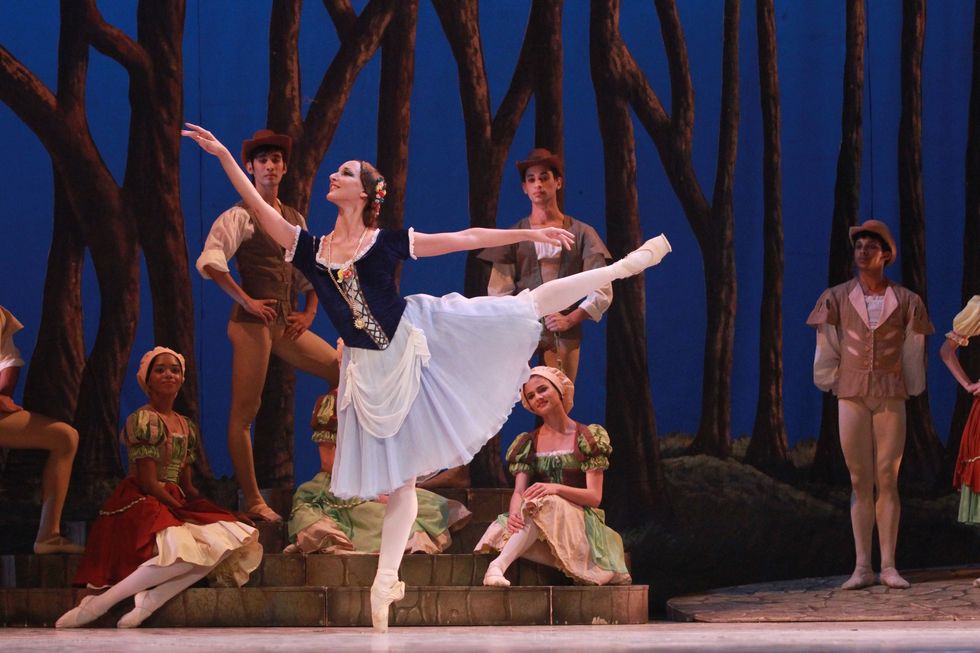 On a different program, the same pas de deux was danced spectacularly by reigning NBC principal Viengsay Valdes, 42 years old. Her ability to hold a balance in attitude is only outdone by the dramatic artistry of her subtly manic Odile. The Cuban company's other resident artists, such as Grettel Morejón and Dani Hernández's dazzling Kitri and Basilio, and Sadaise Arencibía's incandescent Giselle, are living testimony to the patrimony of training and artistry assiduously crafted by Alicia, Fernando, Alberto and Laura Alonso, which one hopes will survive them as time goes by. 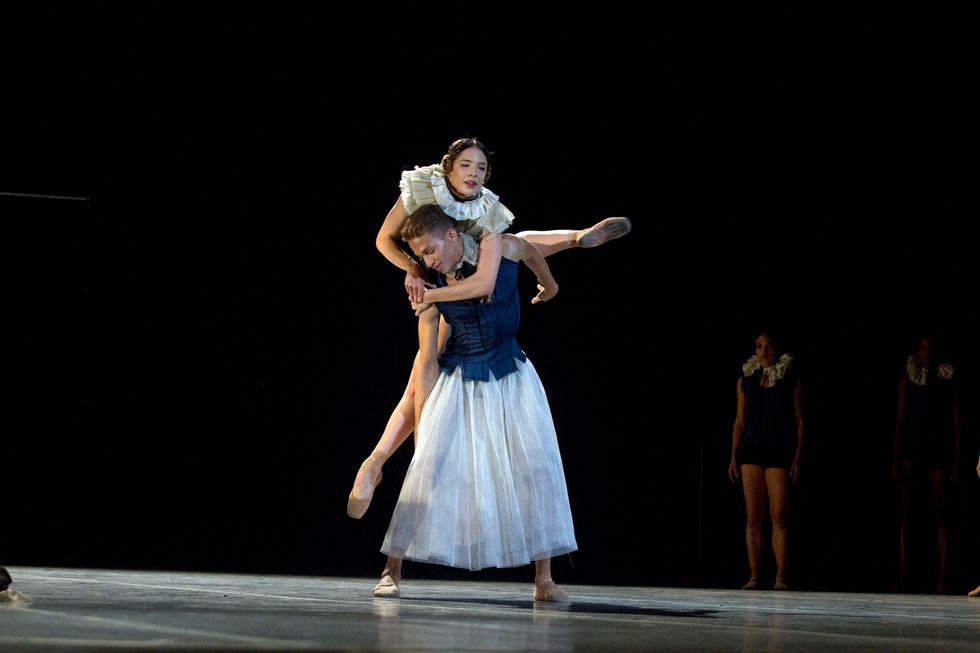 The festival's spirit of renewal presented itself in a more subdued but no less affecting way in the world premiere of Cathy Marston's Prospera for NBC. The 30-minute ballet, a retelling of Shakespeare's The Tempest, was brought with the help of British Friends of Cuban Ballet. The work was intended as a tribute to Alonso and her leadership role in founding and building the 70-year-old NBC into a world class company. Marston recreates the protagonist Prospero as a female character, Prospera, danced with a compelling authority leavened with sensitivity by Daniela Gomez. Other standouts were Cosme Tablada as Ariel, Daniel Rittoles as Calibán, and Adrián Sánchez as Fernando.

Marston felt heartened by the project's results. "I could see how much the dancers had invested in what was a very different style for them, and how they developed," she said in an interview afterwards, noting that the creative process presented unique challenges. "I don't speak Spanish, so I knew that communication would be tricky, but we worked with body language and I was confident we'd find solutions and that I'd be inspired by both the dancers and the city."

Cathy Marston on Instagram: “Working with the National Ballet of Cuba these last three weeks... draft one of my creation out there... tweaking it on Sept then premiere…”

She added that she's received moving messages from the NBC dancers since the premiere. "They are unlike those from dancers elsewhere. It is rare for them to be part of a new creation, and our work together changed something deeply for some of them. This is hugely rewarding for me."

Still, Marston appreciated at least one surprising but advantageous use of modern technology by the Cuban media. "I was able to watch my ballet on national TV the day following its premiere! It was also projected on a big screen outside the theatre. This commitment to 'dance for all' is something I really wish the rest of the world could take heed of!"