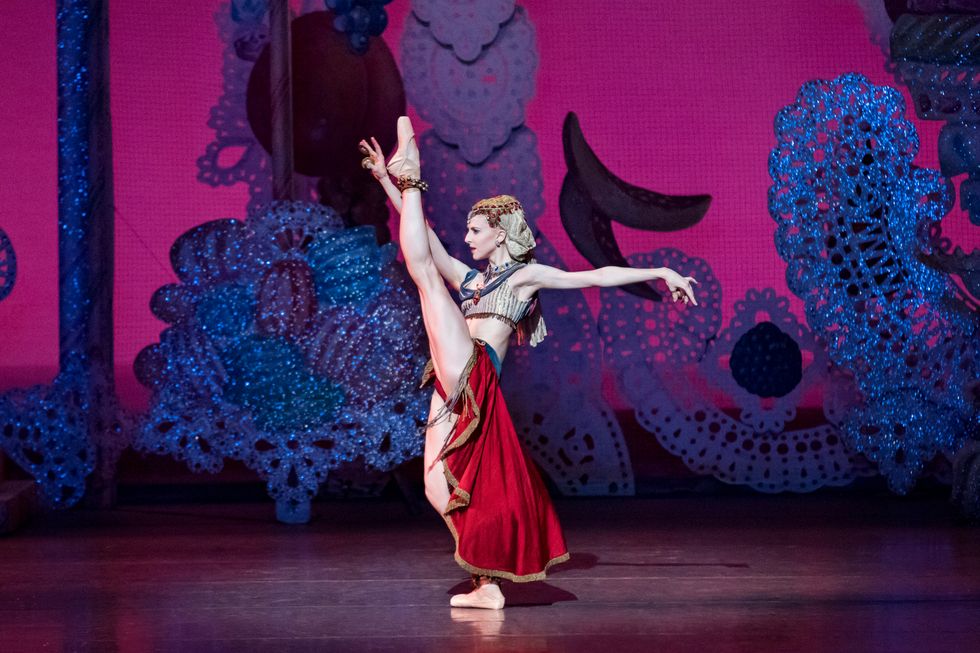 I was 13 and in the 8th grade at the North Carolina School of the Arts, and two of my classmates and I were practicing for the role of Clara. We auditioned and, long story short, I didn't get the part. The other two girls were chosen, and one of them was my good friend. I didn't see it coming.

Afterwards, I cried and talked to my parents. They said to just keep my head up and try to do my best no matter what. My family knew how special it was to be in such a big production of Nutcracker. I was still involved as the party scene friend, a soldier and a Mother Ginger kid, and so my parents reminded me to always be grateful for the incredible opportunities given to me.

Still, it took time to get over the disappointment and to get used to seeing the other girls in the role. I tried to channel my emotions into technique in class—both as work to get better and as a distraction.

But one setback doesn't mean you can't go on to do great things. You learn that at the time or you learn that in the future. I realized this when I was given the opportunity to perform the Sugarplum Fairy two years later at UNCSA. After not receiving Clara, I continued to work as hard as I could to improve my abilities, and being given the role the Sugarplum Fairy felt so meaningful because I was able to move past my Nutcracker "setback" and reach a new height.

I also realized what it meant to feel proud, in a good way: dealing with your struggles while pursuing a goal makes the feelings of success and joy resonate even deeper within yourself. 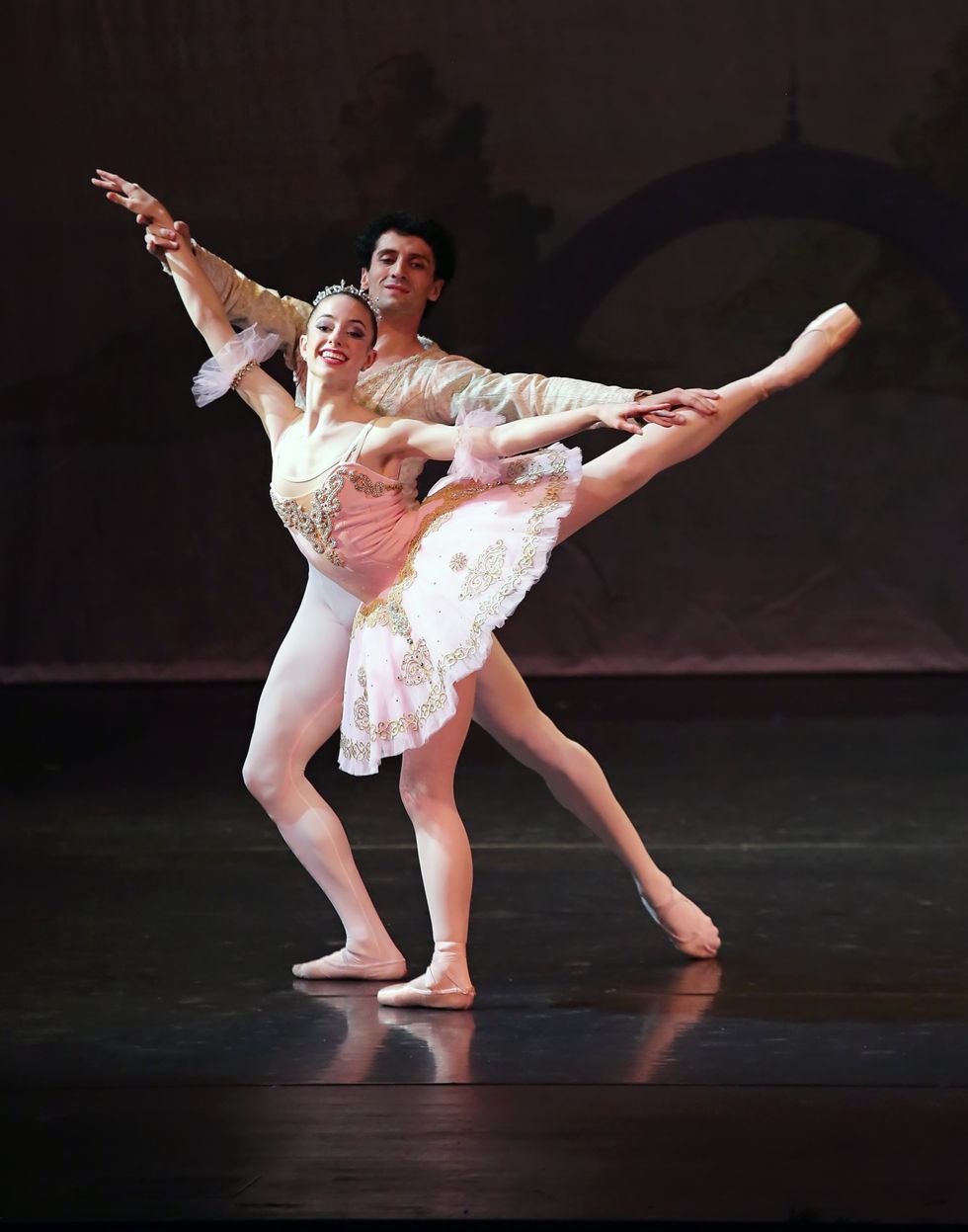 When I was 11 and growing up in Indiana, my twin sister Morgan and I were cast as the role of Masha, our Nutcracker production's version of Clara. Over the following year, I had a huge growth spurt. When the next Nutcracker casting came around, my sister got the role of Masha again, but I didn't.

I was so happy for my sister, but I also started doubting myself. I wondered, have I gotten worse? I eventually realized the role my new height played in the casting—and that it had opened the doors to new opportunities.

I did several different parts in Nutcracker that year, but my favorite was the Columbine doll in the party scene. I tried hard to make my movements doll-like and I learned new things about performing. I found a special appreciation for story ballets—being able to tell even a small part of a story really feels magical. I think that you can tell when when someone honestly gives themselves to a role, and that pure intention resonates with the audience. Whether it's Masha, a snowflake, or the Columbine doll, everyone is together in telling a heartwarming story.

Looking back, I now understand that going through this experience was valuable: every role you get in Nutcracker is an opportunity to learn, perform, and grow. 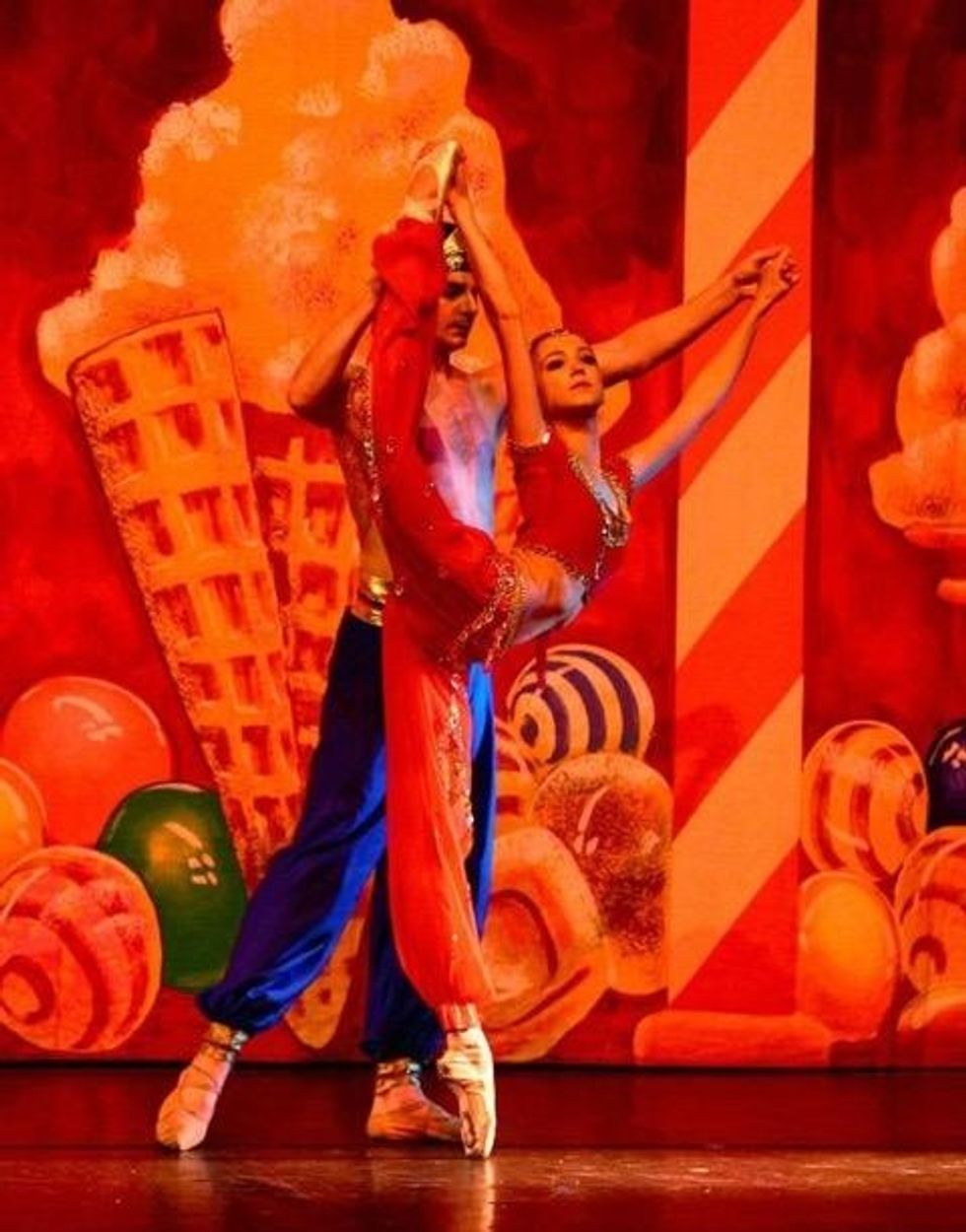 I was always a small child, and frequently was cast as Clara's best friend—who is only in the party scene. Although I eventually got to be Clara, for several years I was disappointed about getting the best friend role.

What helped me snap out of my disappointment was a moment of tough love from my mom.

I vividly remember riding home together after dress rehearsal when I was 11. I was still in my stage makeup, and my mom was angry with me and said I looked miserable onstage. She said if I wasn't happy I should stop ballet. She wasn't going to pay so much money for lessons if I wasn't learning and embracing what ballet was about—if I wasn't enjoying performing. She pointed out that I was focused on the wrong thing if I was just fixating on getting a particular role. It was a wake up call and I realized she was right.

It's a good life lesson that I've carried into my professional career as well: to always find joy in performing.