The Hungarian National Ballet has opted to "go big or go home" for its U.S. debut at the David H. Koch Theater at Lincoln Center. As part of the monumental New York City tour, which also includes performances by the Hungarian State Opera, the organization will transport over 350 employees—including dancers, singers, musicians and crew members—along with its own sets, costumes and lighting. The opera debuts October 30, followed by the ballet's performances November 7–11.

The ballet company, led by Tamás Solymosi since 2011, is eager to unveil Hungary's unique stamp on classical ballet to New York audiences. With over 125 dancers from around the world, the company boasts an extensive repertoire that features the classics as well as works by John Cranko, Sir Kenneth MacMillan, Jiří Kylián, Hans van Manen and Johan Inger.

The Hungarian National Ballet will present three programs. A staging of Swan Lake by Dutch choreographer Rudi van Dantzig kicks things off. "A work with such a big corps is important to display our classical level," says Solymosi. Afterwards, Mikhailovsky Ballet artistic director Mikhail Messerer's sultry Don Quixote will highlight dancers' technical strengths. And the program LOL, featuring three works by van Manen not often performed in the U.S.—Trois Gnossiennes, 5 Tangos and Black Cake—shows off dancers' dramatic abilities and pure, unmannered style. Hungarian National Ballet principal and former Bolshoi soloist, Igor Tsvirko, will danced the lead in Trois Gnossiennes during the November 11 performance. "It was a great honor to be given three of van Manen's works at once," Solymosi says. "When I was dancing, we had a good relationship. He trusts me to take care of his ballets." 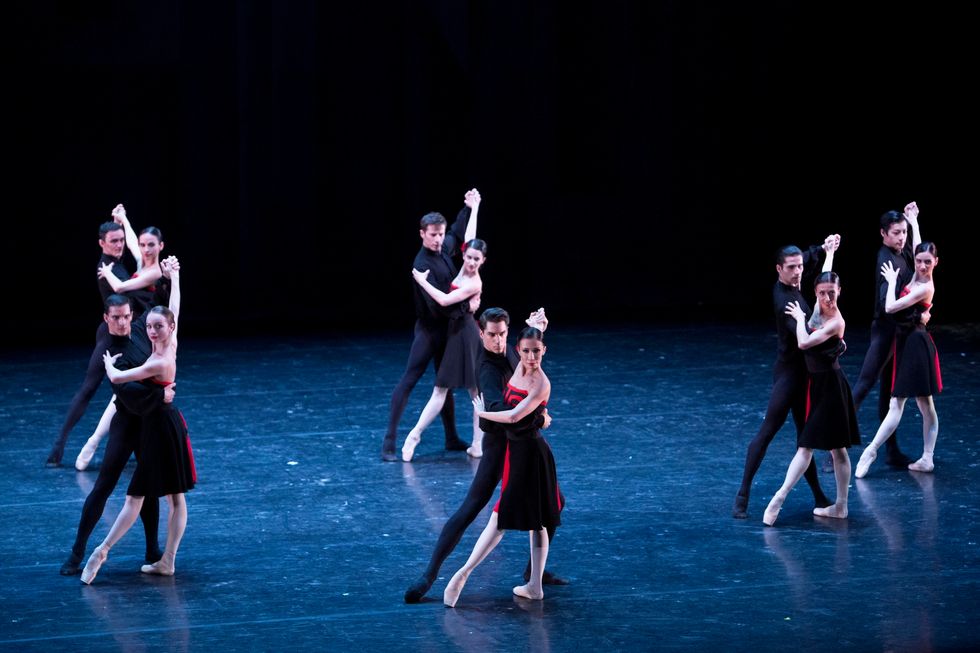 Though many of the company's dancers will experience New York for the first time, Solymosi is no stranger to the city; the Budapest-born director performed as a principal guest artist with American Ballet Theatre in 2005. "Achieving the level to bring our company to New York has been a dream for a long time," he says. "We're proud to finally make it a reality."


Related Articles Around the Web
tamas solymosi hungarian national ballet
If you like us online, you'll love us in print!
Instagram
Pointe Magazine