This is Pointe's August/September 2016 Cover Story. You can subscribe to the magazine here, or click here to purchase this issue.

What a difference four years have made for Hannah O'Neill. In 2012, as a foreign dancer on a temporary corps contract with the Paris Opéra Ballet, a botched arabesque in La Bayadère's “Kingdom of the Shades" scene led her to believe her French career was over. Last December, however, she was back on the Opéra Bastille stage in the same ballet, as Gamzatti. Newly promoted to first soloist, she led the company opposite étoile Dorothée Gilbert, showcasing the pencil lines and robust technique that have made her a local favorite.

At just 23, the young New Zealander has quickly established herself as one of the faces of the “Millepied generation." Her technical strength and fresh stage presence, backed up by a solid dose of sangfroid, made her a perfect fit for outgoing director Benjamin Millepied's focus on new blood and repertoire in Paris. In the two short seasons he spent there, she climbed the ranks and impressed with her precocious fearlessness in classical full-lengths, from Swan Lake to Paquita. 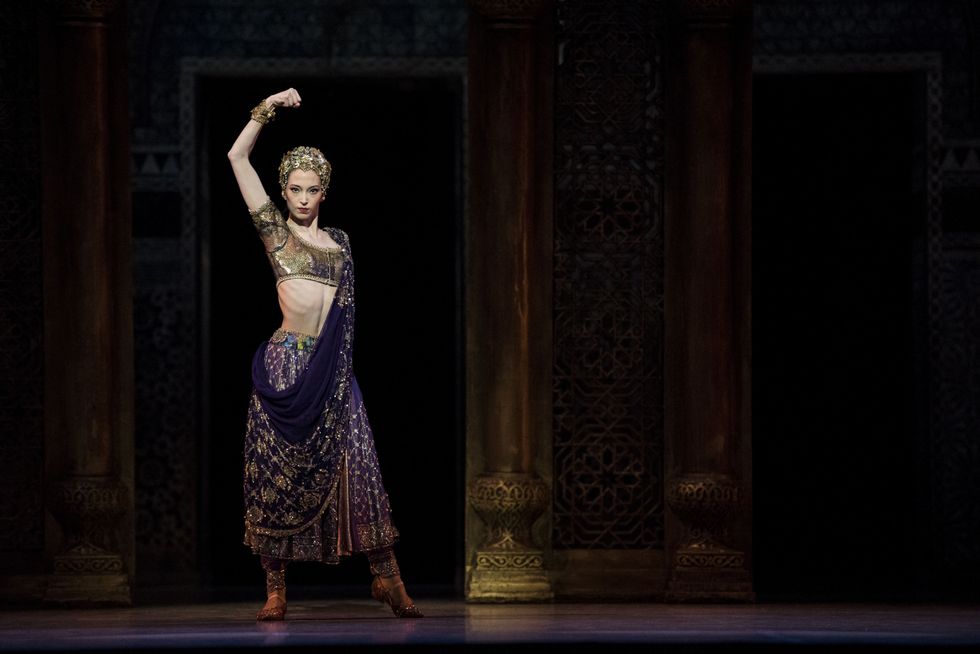 The easygoing O'Neill still can't believe her luck. “If it wasn't for Millepied, I don't think I would have moved up as quickly or had so many opportunities," she says. “Everything I've done in my career so far was thanks to him, really." While Millepied's brief tenure was key, however, her success has also come as a result of resilience and stubborn hard work to fit into the notoriously idiosyncratic French national company.

O'Neill's life was a peripatetic one from a young age. She was born in Japan, where her New Zealander father played professional rugby. Her Japanese mother encouraged her to try ballet, and by the time the family moved back to New Zealand, when she was 8, she had caught the dance bug.

Competitions became her way to be seen outside the island and her school there, Mt Eden Ballet Academy. “I was so far away from the ballet world that if I didn't step outside a little bit, there was no way anybody would see me," she says. “It was never about winning." She did win, though: a scholarship to The Australian Ballet School at age 14, the Prix de Lausanne in 2009, and the gold medal at her second Youth America Grand Prix in 2010.

O'Neill spent four years at The Australian Ballet School, where she toured with the youth company. While The Australian Ballet was keen to hire her upon graduation, she had long entertained dreams of France. As a child, she had seen the Paris Opéra Ballet School perform in Japan, and had submitted an audition video when she was 13, to no avail. “To me, ballet was always the Paris Opéra," she says. The French company is infamously closed to foreign dancers, however, as around 95 percent of dancers come from the POB School. Still, there was no harm in trying the yearly external audition, O'Neill thought; she placed fourth, and earned a seasonal contract as a surnuméraire, a role that consists of understudying corps spots.

The move to Paris was a shock. She was at the barre next to étoiles, but didn't speak French and was at the very bottom of the ladder. “It was horrible," she recalls. “I wasn't dancing, and I got quite lonely. I remember telling my mom: 'I'm definitely not staying.' " 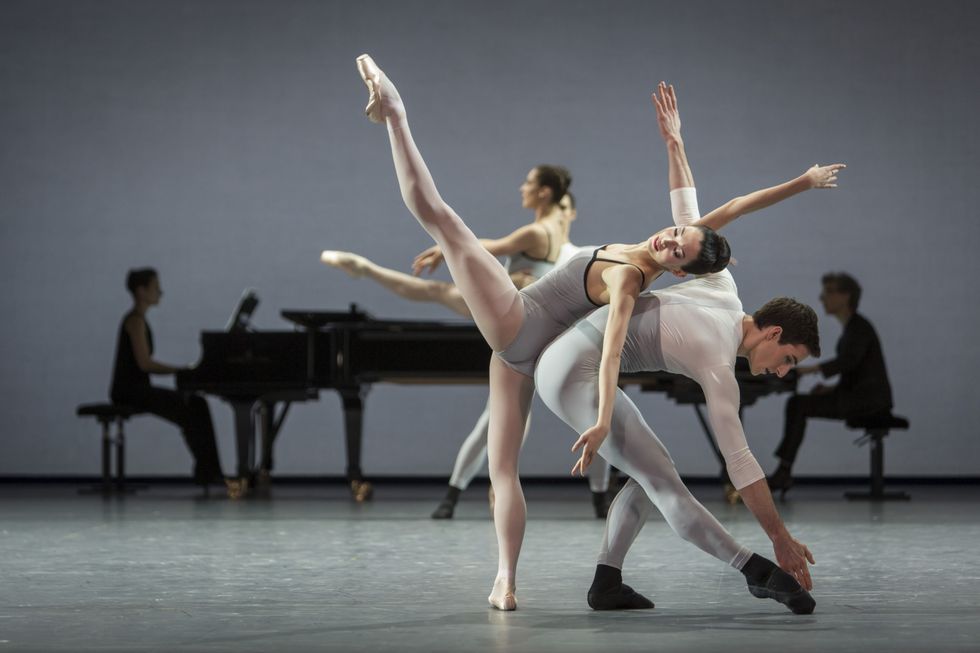 Her initial brush with La Bayadère's 32 Shades was a low point, and the source of tension with head ballet master Laurent Hilaire until his departure in 2014. Still, O'Neill doubled down, working harder in class and seeking the advice of one of her teachers, Laurent Novis, who started coaching her for the next POB audition. “We saw her beauty and potential straight away," he remembers. “She had beautiful legs, an assertive technique and was already self-assured."

They started working together on the minute details that are the hallmarks of the French style, from the crisp footwork to the épaulement. “It is always a shock for people who didn't go through the school, and she showed a great willingness to adapt," Novis says. “We really insisted on the presentation of the foot, the arms, the positioning of the neck." The immersion paid off: At the end of her second year, O'Neill was offered a full-time contract.

Her subsequent ascent was as fast as any seen at POB, where hierarchy is sacrosanct. Dancers often have to take the infamous concours de promotion, an annual internal competition, for years before being promoted. When Millepied arrived in 2014, however, he was keen to shake things up, and looked to O'Neill and other dancers of her generation to bring youthful energy to his repertoire.

Where others might have faltered under the pressure, O'Neill thrived. An alternate for Odette/Odile, she ended up dancing the role with little preparation while still in the corps. “Nureyev's versions are very difficult in a way that is twisted," she says. “It was important for me to do everything the hardest way, with no shortcuts." The result was still green, but Novis praises her ability to incorporate criticism into an individual interpretation: “She has the personality to take it, the mental toughness, but you don't feel like she is a shy student. It's rare to see young dancers who say: 'I want to do it this way.' "

Her breakthrough came shortly afterwards in Pierre Lacotte's full-length Paquita, where she conquered both the finicky small steps of Act I and the academic style of the Grand Pas. Then, last autumn, she was promoted to the coveted position of première danseuse (first soloist) on her first try as a sujet.

Despite her accomplishment, however, last season turned out to be a roller coaster. It took O'Neill time to adjust mentally to being out of the corps and dancing less. Millepied's resignation announcement last February also took her by surprise: “I was very sad. I thought he would have fought a little bit more for it, but if it's not for him, it's not for him." 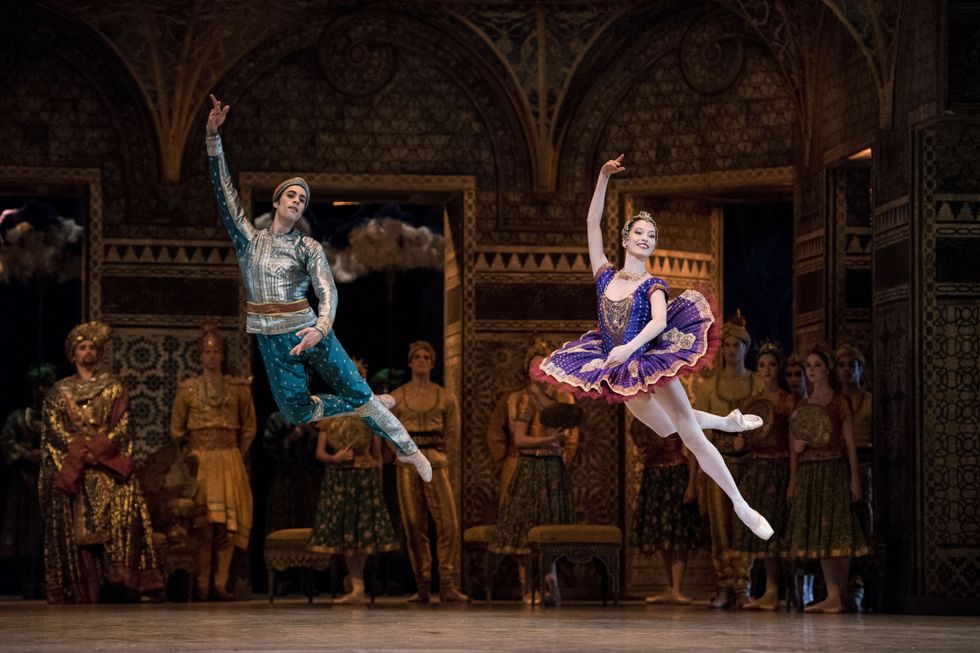 Former étoile Aurélie Dupont takes over as director this season, and for the young dancers who were on a roll under Millepied, there is some uncertainty ahead. “It's exciting because she was such an amazing dancer," O'Neill says. “But she's talking a lot about the hierarchy. Even as a première danseuse, I hope I will still get the chance to dance."

Still, Millepied has set O'Neill up for a bright future in Paris. Her artistic personality has yet to blossom, but O'Neill is grateful to have a 20-year career as a soloist ahead of her, since the dancers are guaranteed employment until they retire at 42. She is eager to test herself in a wide range of repertoire. “I think I've created a relationship with the French audience that is very warming, very positive. I just want to not cheat and do everything the hardest way possible, so that one day it will become easy."

O'Neill's international profile is rising, too. She won the 2016 Benois de la Danse for Paquita, and guested at the last Mariinsky Ballet Festival as Gamzatti. Director Yuri Fateyev subsequently invited her to make her debut in Giselle, her dream role, this summer on the Mariinsky's new stage in Vladivostok.

Offstage, a passion for fashion has led O'Neill to do some modeling for Dior in Japanese magazines. In her spare time, true to her roots, she keeps up with rugby and New Zealand's famous All Blacks. O'Neill is laying down new roots in Paris, however: She bought her first apartment in the city last year, close enough to walk to work every day. There, O'Neill remains in her old corps dressing room for now, and prefers it this way: “I love seeing everybody. When you're onstage, the drive that you bounce off from others is so energizing." In ballet, she plays for the French team.