This week marks the world premiere of Frame by Frame, The National Ballet of Canada's new full length ballet based on the life and work of innovative filmmaker Norman McLaren. While those outside of the cinephile community might not be familiar with McLaren's work, he is commonly credited with advancing film techniques including animation and pixilation in the 20th century—he died in 1987. The Canadian artist's many accolades include a 1952 Oscar for Best Documentary for his abstract short film Neighbours (watch the whole thing here). Later in life, McLaren became interested in ballet, and made a number of dance films including his renowned 1968 Pas de deux.

NBoC's new work, titled Frame by Frame, will run June 1-10 in Toronto. The ballet combines vignettes of McLaren's life with movement quotes from his films and real time recreations of his technological advances. It was created in collaboration by NBoC principal dancer and choreographic associate Guillaume Côté and film and stage director Robert Lepage, who is making his NBoC debut. Pointe touched base with Côté on how this interdisciplinary project came together.

Where did the initial spark for this idea come from?

Robert and I have been wanting to work together for years. I approached him about doing a different project a long time ago, and he said "well, maybe that's not the correct project." He came to me about four years after that and said "I think I finally have something I'd like to work on with you," so then I approached the National Ballet.

Were you familiar with McLaren's work before this project?

I wasn't. Robert had just worked on a big McLaren documentary, and he got me to come see it and I realized that it was all about movement, and that this animator was basically a choreographer himself, a choreographer of space and time. There was all this material to work with and he'd made a number of iconic dance films, so it seemed like a no brainer. I started my research and kept finding out more surprising fun facts about McLaren's passion for dance, like that he met Guy Glover, the man that he was in a relationship with for 50 years or so, in the audience at Covent Garden while watching a ballet. Guy was a curator of a dance festival in Canada. 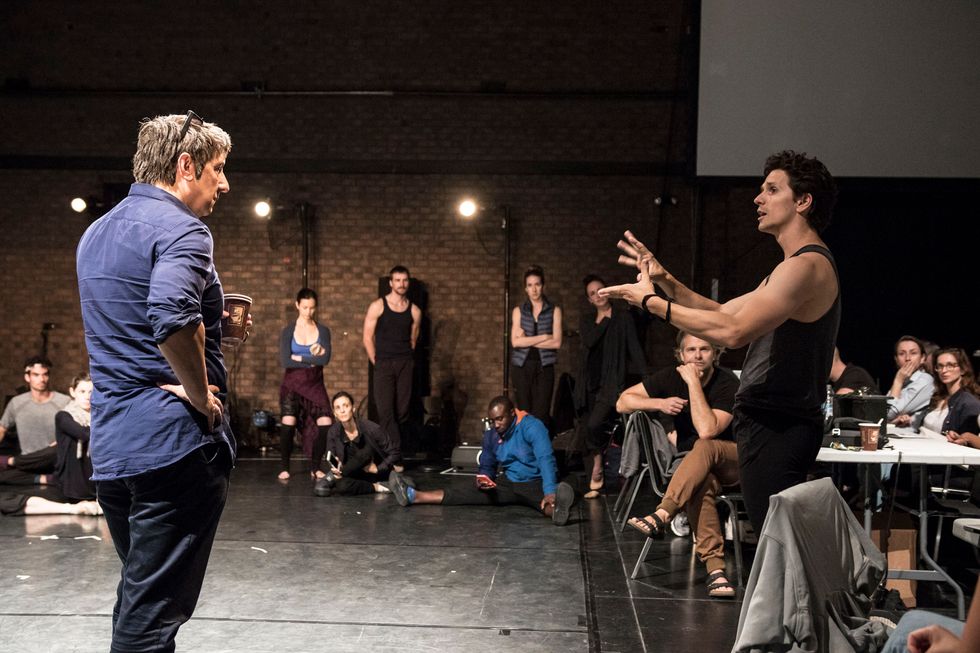 Robert had just finished his documentary and has a really deep understanding of this kind of Canadian culture. He'd already gotten incredible footage from the National Film Board of Canada of McLaren behind-the-scenes. I watched a tremendous amount of film, and I read a lot about him and his collaborators, and even met a few who are still alive. The research was truly enriching, because I realized how wonderful of a person he was as well, which dictates how we share his personal life onstage.

What was the timeline of the project?

We had our first workshop four years ago. Since then we've been doing five-day workshops once a year in Robert's studio, Ex Machina, where he has a multi media team. They would put together projections and props for us to experiment with. Robert would give me some homework, and I'd take it on myself to create some impressionist sections. Sometimes we decided that they were great, and sometimes we decided that they weren't. It was this really collaborative way of getting things started because I was able to present dance first, and then we were able to add technology to it, as opposed to the technology taking over and stealing from the dance. 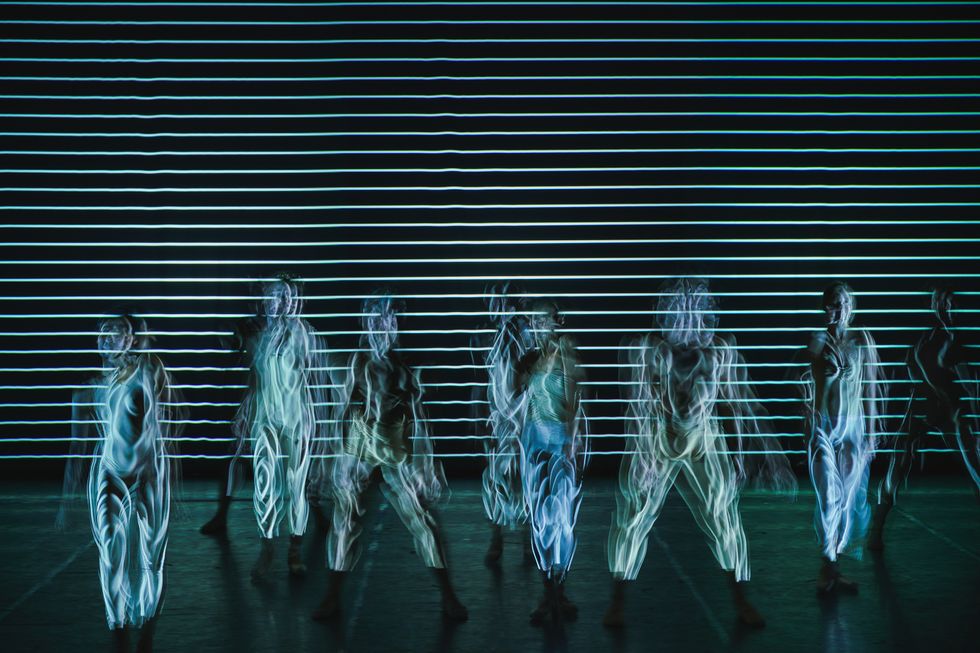 Artists of the Ballet in rehearsal for "Frame by Frame." Photo by David Leclerc, Courtesy NBoC.

How does the piece balance a narrative retelling of McLaren's life with reproductions of his works?

I would say that the vignettes of his life are one third, and then the technologies that he pioneered and making abstract dance interpretations based on those technologies like stop motion or body painting and body projection are the second third. And then the last third is basically just direct quotes from his films and bringing them back to life. Like with Pas de deux, the effects in that film took him months to make, but now thanks to technology we can duplicate it live. It's not a story ballet per say, but there is a story from beginning to end.

What was the process like of taking movement quotes from McLaren's films?

I would endlessly study a particular sequence and see how it was done, and then relearn it. It's important to realize that there have been a lot of really wonderful things done before you. It's enriching to realize that you don't always have to take your own spin on things or remix it; you can just take a direct quote as long as it's done with integrity and sincerity. I've never done anything like that. I have a young choreographer's syndrome I guess, which is that I always think I'm going to reinvent the wheel.