As National Ballet of Canada Star Greta Hodgkinson Retires, She Reflects on Her 30-Year Career

Greta Hodgkinson has been a staple on the National Ballet of Canada stage for 30 years. The Providence, Rhode Island, native trained at Festival Ballet Providence and Canada's National Ballet School before joining the company in 1990; she became a principal just six years later.

On March 7, she will take her final bow after dancing Marguerite in Sir Frederick Ashton's Marguerite and Armand. Hodgkinson's repertoire throughout her final season represents her immense versatility; in addition to making her debut in the Ashton masterpiece last week, she danced Giselle and Jiří Kylián's Petite Mort.

We touched base with Hodgkinson to hear how she's grown throughout her career, how she's kept her body in tip-top shape and what she has planned once the curtain falls.

How did you choose Marguerite for your final performance?

It's a ballet I've wanted to do for some time. And having danced pretty much everything, it's really nice to have a new role. It encompasses everything that I love about ballet: It's classical, it's a wonderful story, it's romantic and it's also kind of dramatic. It's a wonderful jewel of a piece, so I felt like it was kind of a perfect bookend.

Your artistic director, Karen Kain, is retiring next season. Does your timing have anything to do with her decision?

We started discussing when I'd leave before her retirement was announced, but having said that, I'm thrilled that it coincides. She's been around since I was at the school, and we were colleagues in the company when I first joined. I've known her my whole career, and she's someone who's also gone through this transition. I wanted my retirement to be with her as director, and I'm so glad it worked out.

Earlier this season you danced Giselle and Petite Mort, both ballets you've mentioned are very special to you. What are some of your other favorite roles?

Swan Lake has always been a favorite. And I joined this company because of the versatility of the repertoire; the classics in combination with the contemporary, and the incredible, diverse choreographers that we work with. I tend to gravitate more towards the dramatic roles, Onegin and things like that, but they all have a special place.

How have you kept your body healthy while asking so much of it through the years?

Some of it is genetics, and I'm blessed with never having had a really serious injury. But I credit the team of therapists that I've worked with throughout my career. I get regular physio and massage, and I also do Fletcher Pilates, which has changed my whole outlook and kept me strong and flexible. Also working with my coach, Magdalena Popa. Over the years I've learned how to rehearse so that you're not over-rehearsing, but you're really prepared for what you have to do when you have a grueling season. A lot of that comes from experience, and just doing, but having the kind of support system that I've had for so long has been really key. 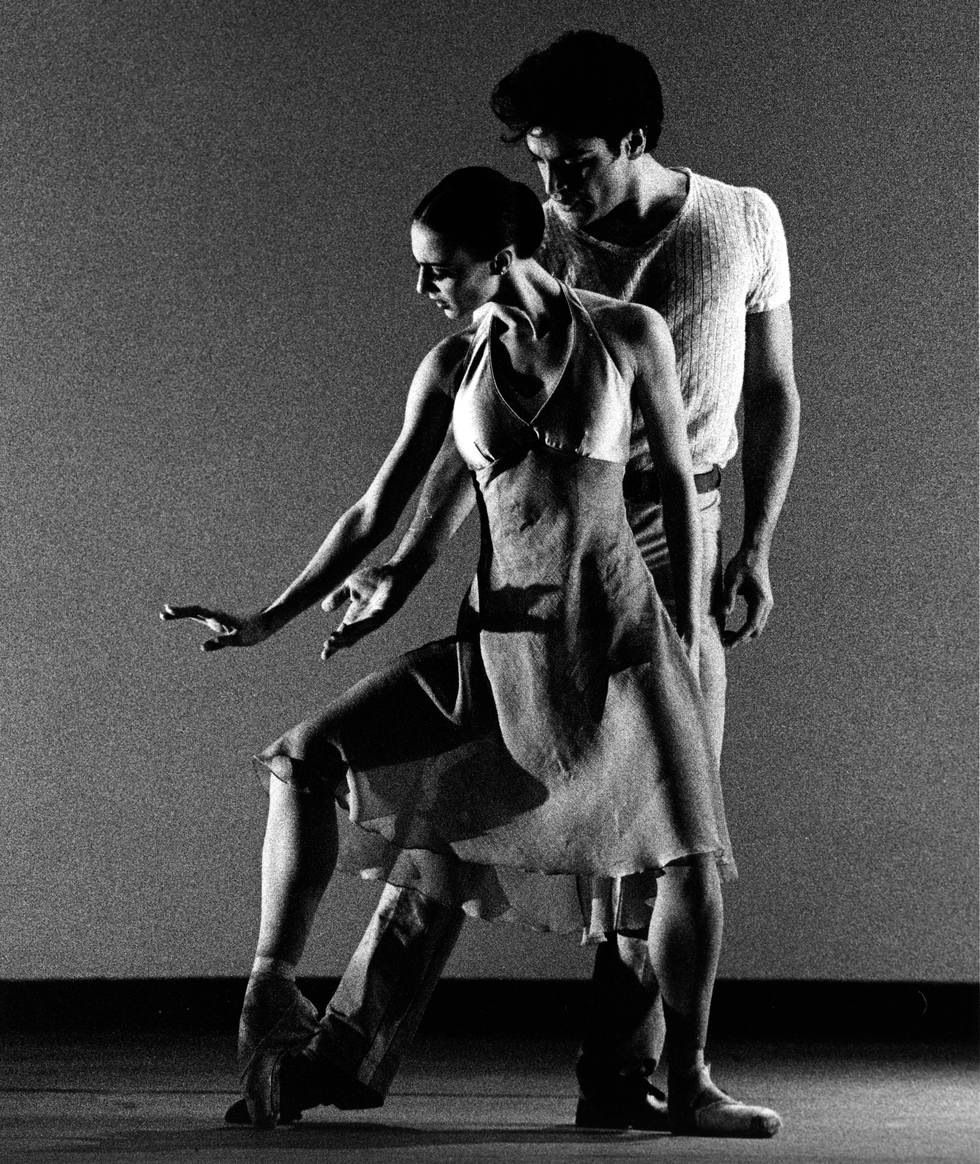 Greta Hodgkinson with Rex Harrington in "Summer" from The Four Seasons in 1997.

What are some of the biggest challenges that you've faced over the course of your career?

Before my debut in Swan Lake, in 1995, I had a stress fracture in my foot early in the season. When you're 21, and you feel like it's your big shot, it's devastating to have to put that off, but luckily it was just postponed. But of course there have been ups and downs, and certainly doubts within myself. When I started dancing more internationally, I started to question everything, and certainly felt a lack of confidence. What helps is just relying on a very strong support system of people who believe in you, and believing in yourself as well. And just weathering the storm of it and focusing on the work. That's been such a godsend; I've been blessed to have the sort of discipline to just really focus, and try to get rid of all the external noise.

What will you miss most about company life?

The routine. It's something that I've doing for 30 years, and it's going to be very strange not to have that anymore. I am looking forward to managing my own time a little bit and not being at the mercy of anyone else's schedule...to a point. And obviously I'm really going to miss the people. I'm hoping to remain connected with the company on some level, and I think I'll still be doing class and keeping in shape, but it will be different. 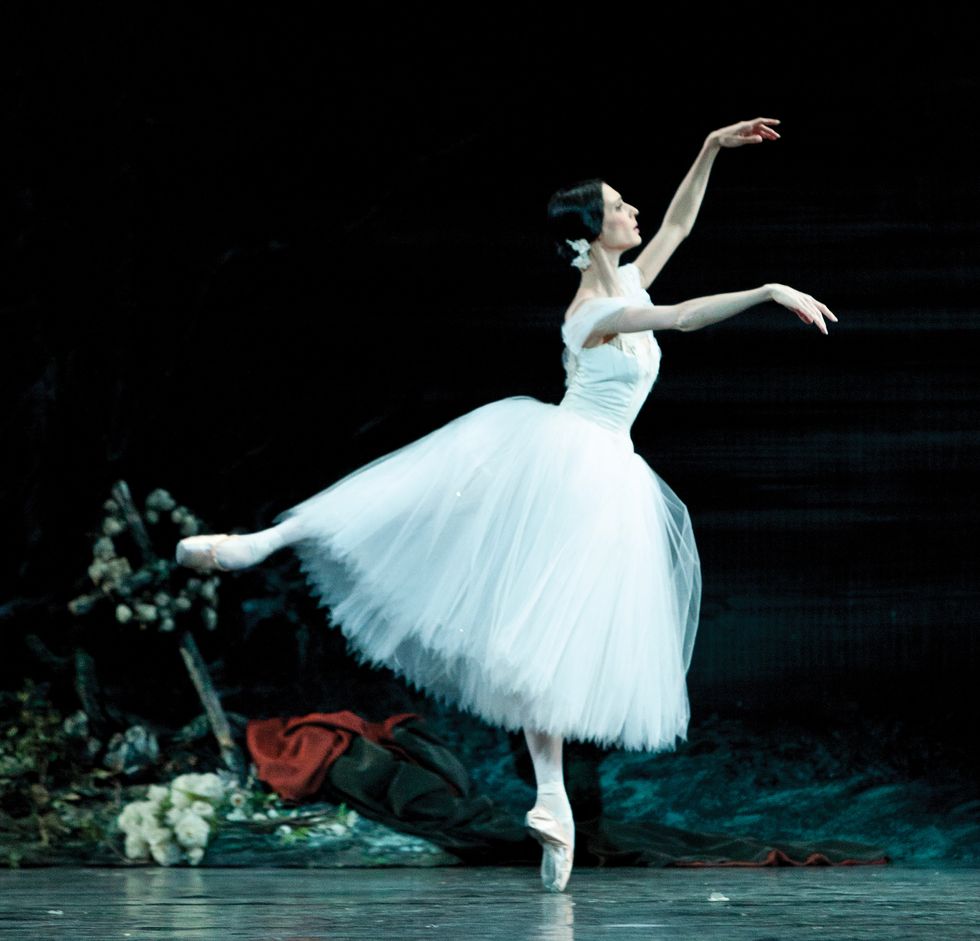 I'm actually going to go on tour; I'm doing a new project with Guillaume Côté, he choreographed a piece that we're touring in Quebec and also premiering here in Toronto. And then I have some performances out in California in June, and a couple of independent projects to keep me going for a little bit. But it'll be nice to just take some time, and who knows, explore something else.

The ballet world has changed a lot over the past 30 years. What are some of the major shifts that you've seen?

Dancers today are extraordinary. They're so strong. Though being versatile was a huge advantage to me when I was younger, it's now a requirement for dancers. They have to be able to do everything, and choreographers are pushing the envelope even further. We've also seen a huge change in how dancers are treated; not talking down to them. Even the youngest person in the corps is respected. There's also so much more diversity now, which is incredible. Much more inclusion. And the whole social media thing: Everybody running their own careers on social media. It's a very different place than it was entering the company at 16. It's exciting to see where the art form is going.

Looking back, is there something that you wish you could have told yourself when you were first starting out?

I think the one thing I would do is not be so hard on myself. I'm a bit of perfectionist, as many dancers are, and that sort of harsh scrutiny all the time...I think I could have been a little bit easier on myself. But you do what you can with what you know, and no amount of advice can take the place of experience. You have to go through it, go onstage over and over, and really learn.