After Saving a Man's Life on the Subway Tracks, Former ABT Dancer Gray Davis is Now a Deputy Sheriff

Gray Davis with wife, ABT soloist Cassandra Trenary, after his graduation from the South Carolina Criminal Justice Academy. Courtesy Trenary.

When Gray Davis retired from American Ballet Theatre in July of 2018, he moved home to South Carolina, unsure of what would come next. Last month, just over a year later, Davis graduated from the South Carolina Criminal Justice Academy. Today, he's working as a deputy for the Abbeville County Sheriff's Office.

Though Davis danced in ABT's corps for 11 years and is married to soloist Cassandra Trenary, to many he's best known for saving the life of a man who was pushed onto the subway tracks in New York City in 2017. The heroic effort earned him the New York State Liberty Medal, the highest civilian honor bestowed by a member of the New York State Senate. We caught up with Davis to hear about how the split second decision he made in the subway affected the course of his life, what it's been like starting a second career and what he sees as the similarities between ballet and law enforcement. 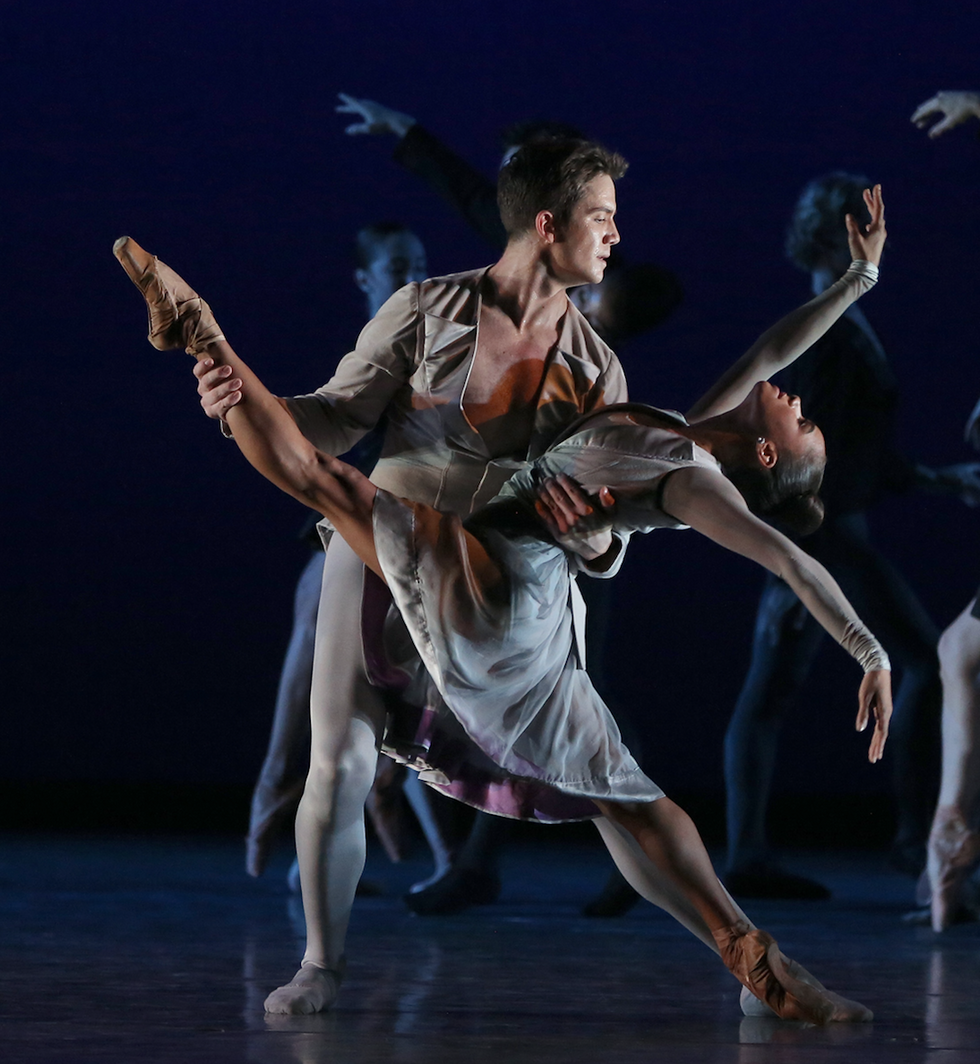 Everybody has this idea of police work, which is branded pretty harshly in the media, but in my interview with the chief deputy she wanted to know how well I deal with people and how I communicate. She also wanted to know about my life experience. Obviously she was shocked to find out what I used to do, but I think ultimately it got her excited. I told her that I'd travelled the world as a dancer and met so many different types of people, and I think that they liked that.

Did your ballet experience come in handy when training physically for the job?

They try to keep it as close to a bootcamp as possible, so it's very physical. You also have to learn the law, and there's shooting and driving, so they really throw a lot in there. I'm using every bit of physical skill that I have. And I still like to work out, but obviously I work out very differently for this profession than I did the last one. They both require strength, but when I was dancing I concentrated on lengthening, and now I'm actually trying to put on weight. But having the flexibility has been great so far. I'm running a lot, and also doing ground training, defensive tactics, where dance comes in very handy. 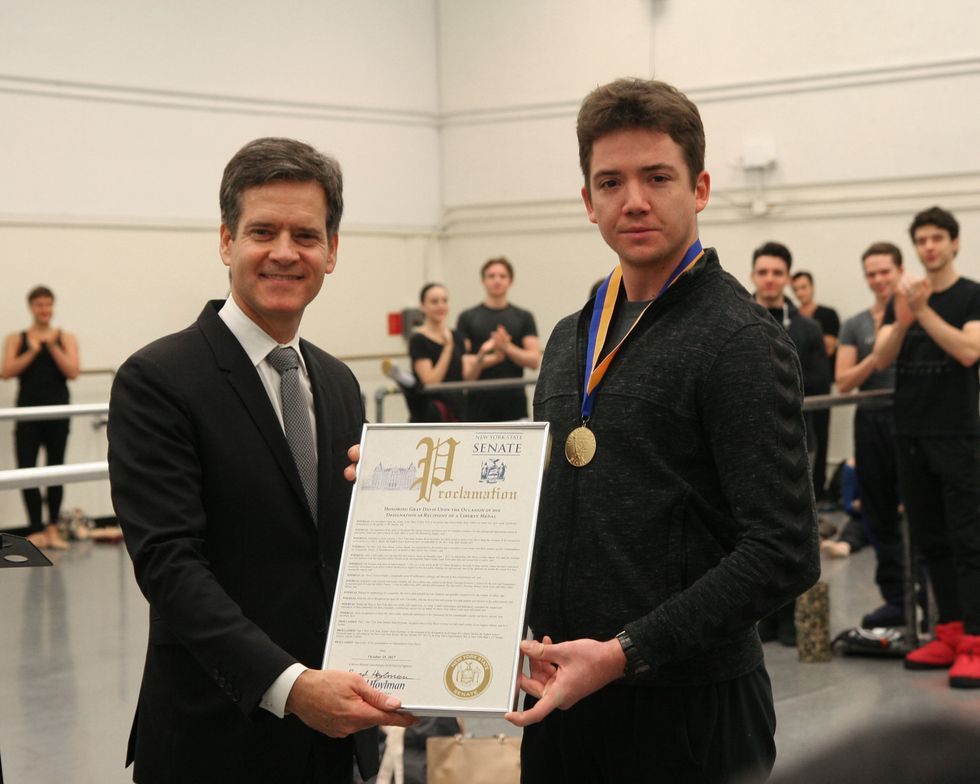 When you left ABT in 2018, did you have a sense of what would come next?

When I was a young dancer, I was always worried that when the day came for me to retire, I wouldn't be ready. But luckily, when the time came I had no hesitations. I feel like I accomplished everything that I wanted to, and had no regrets. But I just didn't know what I wanted to do afterwards. I did some teaching for a few months in South Carolina, where I'm from. One night I was talking to my brother-in-law, who's in law enforcement, and he suggested it to me, and it kind of took off from there. I had one meeting with the sheriff and the chief deputy here in Abbeville, and the ball got rolling really quickly.

Do you think that the experience of saving a man's life on the subway tracks made you more interested in this career path?

Definitely. To help save somebody was a great feeling that I want to replicate as much as possible. In this job you get to do it almost every other day, without any kind of recognition, though each person appreciates what you do in their own way. What happened in the subway was one of those things that happened without thinking, but since being on the job here I've already had that same feeling so many times.

Other than the physical aspect, do you see any similarities between ballet and law enforcement?

No matter how you're feeling or what kind of mindset you're in, you're expected to deliver 110 percent onstage. And this job is exactly the same way. These two professions go hand in hand in that they're both a job and a lifestyle. I'm really lucky to have had two jobs that I'm so passionate about. 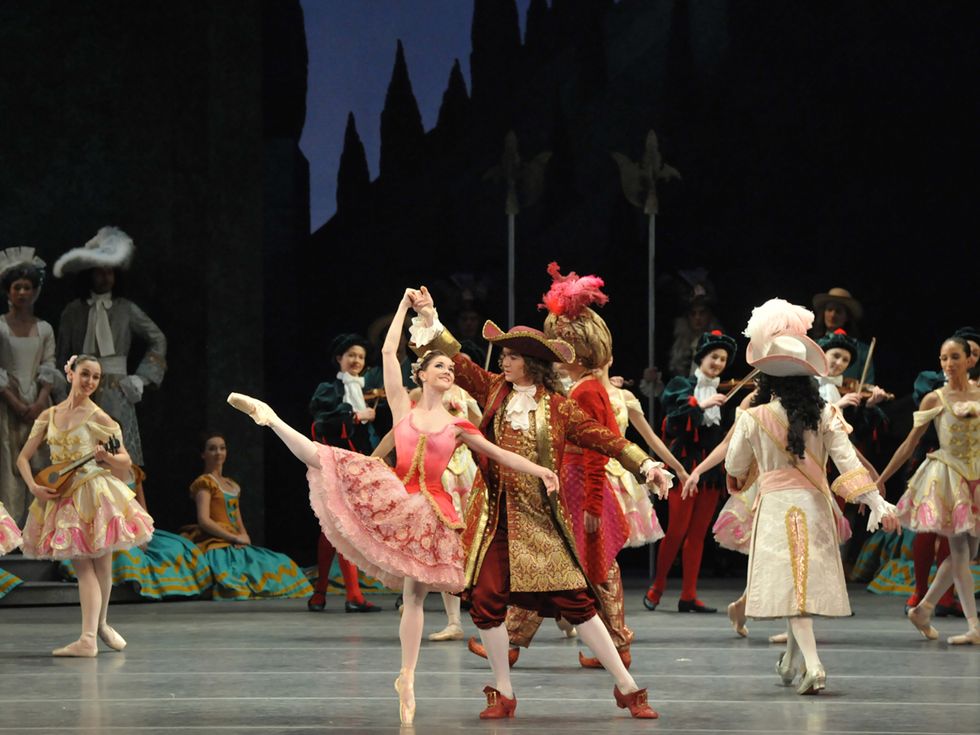 Davis and Trenary in Alexei Ratmansky's The Sleeping Beauty. John Grigaitis, Courtesy ABT.

What do you miss most about dancing?

I miss the people for sure. ABT has the greatest people, and I miss my friends. But of course I still go and see Cassie all the time. I also miss the traveling. But ballet is still a part of my life. I'm teaching at English Theatre Arts in Greenville, SC, and my work schedule allows me to go around and teach in other places.

After taking such an unusual career path, is there any advice that you give your students when they're thinking about their futures?

I tell them the same thing that my ballet teacher told me when I was in high school. He said that it doesn't matter whether you're going to be a dancer or a doctor or a lawyer; your work ethic starts in the classroom. Everything you're working for starts here, today, so treat it as seriously as possible. I think that's held true, because that mindset and work ethic has helped me get through every day.