The Final Round: Behind the Scenes With USA IBC Gold Medalist Gisele Bethea

Every four years, dancers from around the globe descend on Jackson, Mississippi, for the USA International Ballet Competition. The only IBC hosted in the U.S. (the others are held in Varna, Bulgaria; Helsinki, Finland; and Moscow), it has served as a major turning point in the early careers of artists such as Nina Ananiashvili, José Manuel Carreño, Johan Kobborg and Sarah Lamb. This June, 99 dancers from 20 countries got their chance to not only compete for medals, but be seen by company and school directors from around the world.

For 15-year-old Gisele Bethea, a student at the Master Ballet Academy in Scottsdale, Arizona, the competition proved to be a critical step in her transition from student to professional. No newcomer to international competitions (she won both the second prize in Moscow and the Grand Prix at Youth America Grand Prix in 2013), she nevertheless felt added pressure to perform. While in the past she competed as a soloist, she entered the USA IBC in the pas de deux category with fellow competitor Michal Wozniak. They often practiced six to seven hours a day with coaches Slawomir and Irena Wozniak (Michal's parents) in the months leading up to it. “It takes a lot of control to have grace between two people," says Bethea, who performed the Act III wedding pas de deux from Sleeping Beauty. “It's my next step to becoming a ballerina in training."

Her hard work paid off: Not only did she win the gold medal in the junior division, she received a full scholarship to the Jacqueline Kennedy Onassis School at American Ballet Theatre and an open invitation to join the ABT Studio Company. “I'm so grateful for all of these opportunities," says Bethea, who plans to defer for a year to finish high school first.

In an exclusive inside look, Pointe followed Bethea through the USA IBC's final round, from her last private rehearsal session to her gold-winning performance.

All photos by Jim Lafferty for Pointe. 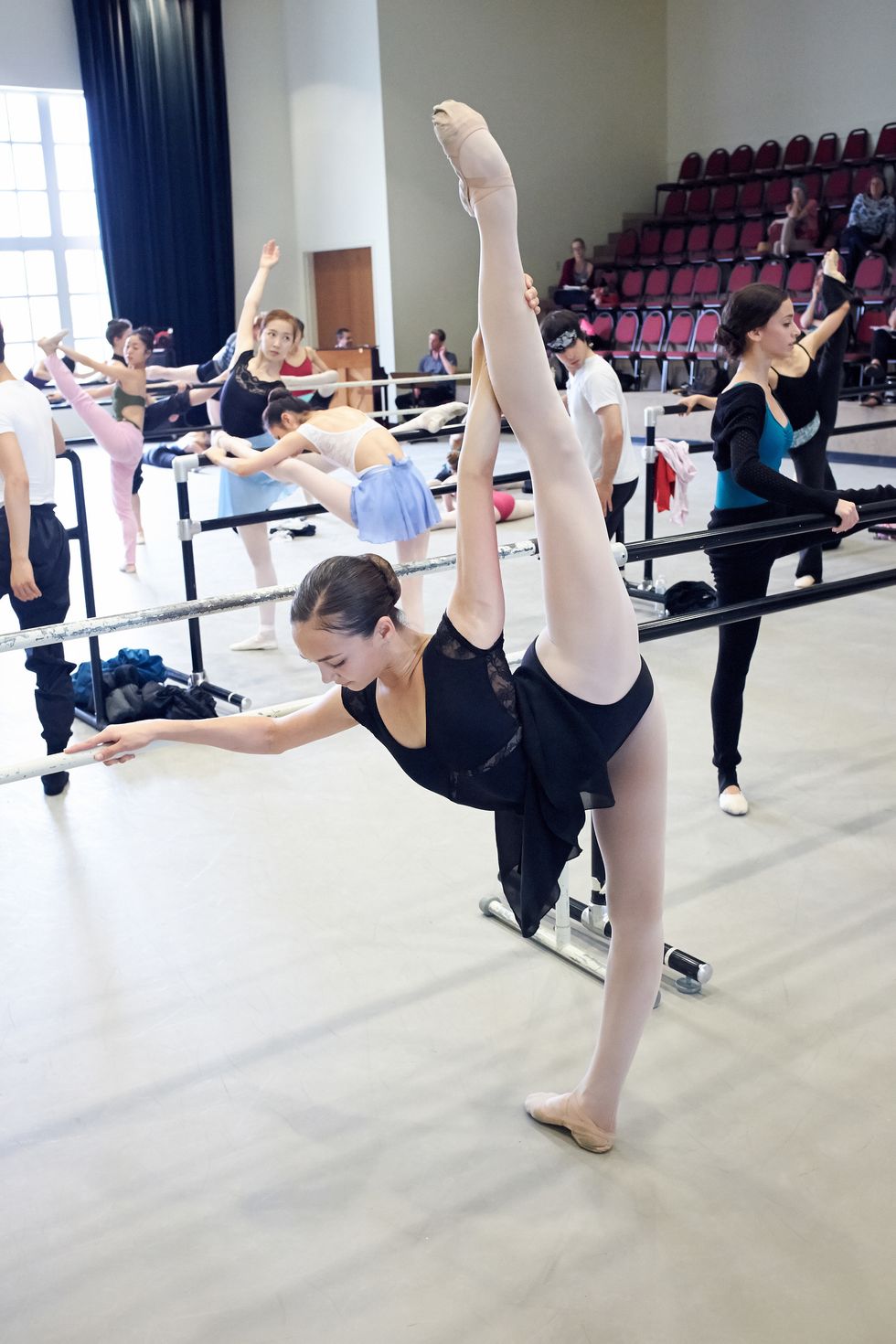 Afternoon competitor class: The dancers take class and rehearse at Belhaven University, where they also live together in the dormitories. "To see other people's work ethics and how they train mentally and physically is so inspiring; it makes you want to work harder," says Bethea. "Even though we're all competing, we all cheer each other on."