Before I was born, my parents found out that I had a condition called an omphalocele. All of my organs were outside my stomach. I was rushed into surgery as soon as I was born, and they put a little patch in, pushed in my organs and sewed me up. When I was 1 1/2, I had another surgery to remove the patch. Ever since, I've just had a scar on my stomach—I didn't have a belly button, but I had no problems other than malrotation, which means all of my organs were going the opposite way.

I was raised in Connecticut, and stayed there until I graduated high school. It was the year Julie Kent and Xiomara Reyes were taking over The Washington Ballet company and school, and I sent my video and got accepted into their professional training program. 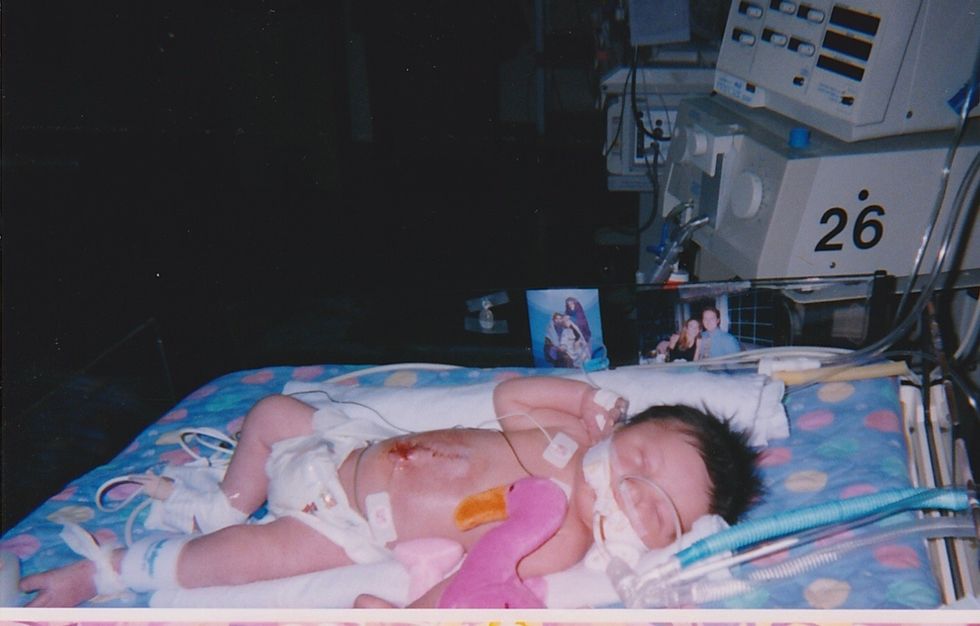 Baby Forte in the hospital

Last February, when I was 19, my health got worse. I had torn my labrum in my right hip, and my parents drove to DC for the surgery. When we got home, I started to feel nauseous. We thought it was from the anesthesia, so we waited it out for a few days, but I ended up in the ER.

I spent two days in the hospital, and was just getting worse, so they rushed me into surgery. I had gone into septic shock. My doctors described it as the perfect storm because of the malrotation and something that happened with the anesthesia when I went under for my hip surgery. I ended up having four surgeries altogether. They closed me up with 30 staples, so I have a big scar going down my stomach. I was in the hospital for about three weeks total.

g i a n n a f o r t e on Instagram: “✨What a week! The Washington Ballet’s Sleeping Beauty @kennedycenter was a huge success with 7 sold out performances! I’m so grateful to…”

The first week or two that I was home was probably my darkest time. The reality set in of what had happened. I couldn't even really sit up straight. I wasn't supposed to use my core muscles. A physical therapist would come to my house every other day and we would work on walking and small things. I was getting really defeated; I didn't want to go outside, didn't want to get off the couch. My biggest fear was not being able to get back to dancing how I was before, or be able to progress. I had a lot of anxiety, so I would stay up really late, but I would watch ballet videos, and that inspired me. I emailed back and forth with Julie and Xiomara. Xiomara told me to visualize, keep the feeling of dancing in my body, because it would help when I could dance again. Once I got the staples out of my stomach I started to feel a little better, and wanted to get back to ballet more.

Two months after my first surgery, I came back to DC. I didn't dance, but I went to the physical-therapy room, and eventually I could try some barre—no fifth position, but some pliés and relevés. I would find an open studio and work by myself. Then I decided to do the summer intensive here, and I think that was one of the best decisions I made. I just worked on what I could. My leg was at 45 degrees for a while, but by the end of the summer I was doing grand allégro. I started back at the end of August in the professional training program. 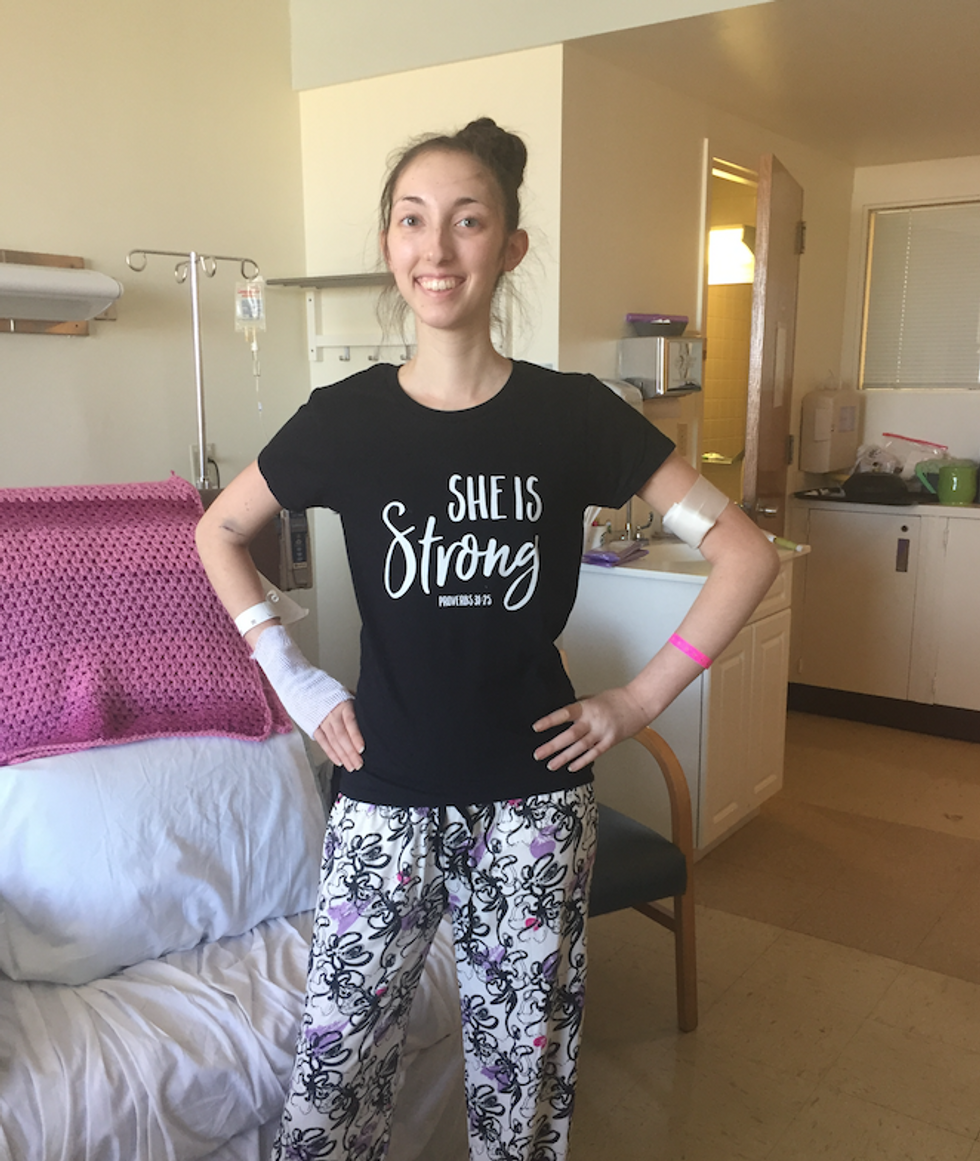 Forte in the hospital post-surgery

During one of our last shows of Nutcracker, Julie came down to the dressing room and promoted me to trainee, saying how brave and courageous I was. I'd just done the snow scene and was getting ready to go on for "Waltz of the Flowers." It was a really special moment. I felt so supported by her and everyone here—I was shaking and couldn't stop crying.

I have a lot of scar tissue in my stomach, so it's still hard for me to engage my core, and even now there are days where I get frustrated. But I'm just excited for what's to come, and I'm not going to stop working.