This is Pointe's February/March 2016 Cover Story. You can subscribe to the magazine here, or click here to purchase this issue.

Last September, as one of The Royal Ballet's coaches walked her through the potion scene from Romeo and Juliet, Francesca Hayward wasted no time marking the steps. Instead of lingering on individual poses, she was instantly focused on the web of emotions behind the choreography. Sitting on Juliet's bed, she seemed to contemplate the events that had just unfolded as Prokofiev's music swelled up, projecting despite her tiny stature; after pretending to drink the poison, she reached for her neck, her eyes filled with fear and disgust.

When The Royal Ballet first soloist made her debut in Sir Kenneth MacMillan's iconic ballet the next month, British critic Luke Jennings tweeted: “Francesca Hayward dances Juliet and British ballet is remade." At 23, the Kenya-born dancer is the leading light of a rising UK-trained generation nurtured by director Kevin O'Hare. She is also a rare mixed-race ballerina on the path to stardom, but neither she nor UK audiences have paid that fact much heed. Instead, Hayward has become known for embodying quintessential Royal Ballet qualities: fleet-footed articulation, sparkling musicality and strikingly natural acting.

Born near Nairobi to a Kenyan mother and British father, Hayward left Africa when she was 2. She was raised by her paternal grandparents in Sussex, not far from London. When they bought her ballet videos, she was instantly hooked; she vividly recalls mimicking Alessandra Ferri's own potion scene as Juliet in her living room. “I was fallen on the floor and doing all the dramatic bits. My grandpa looked into the living room and thought I was really ill." 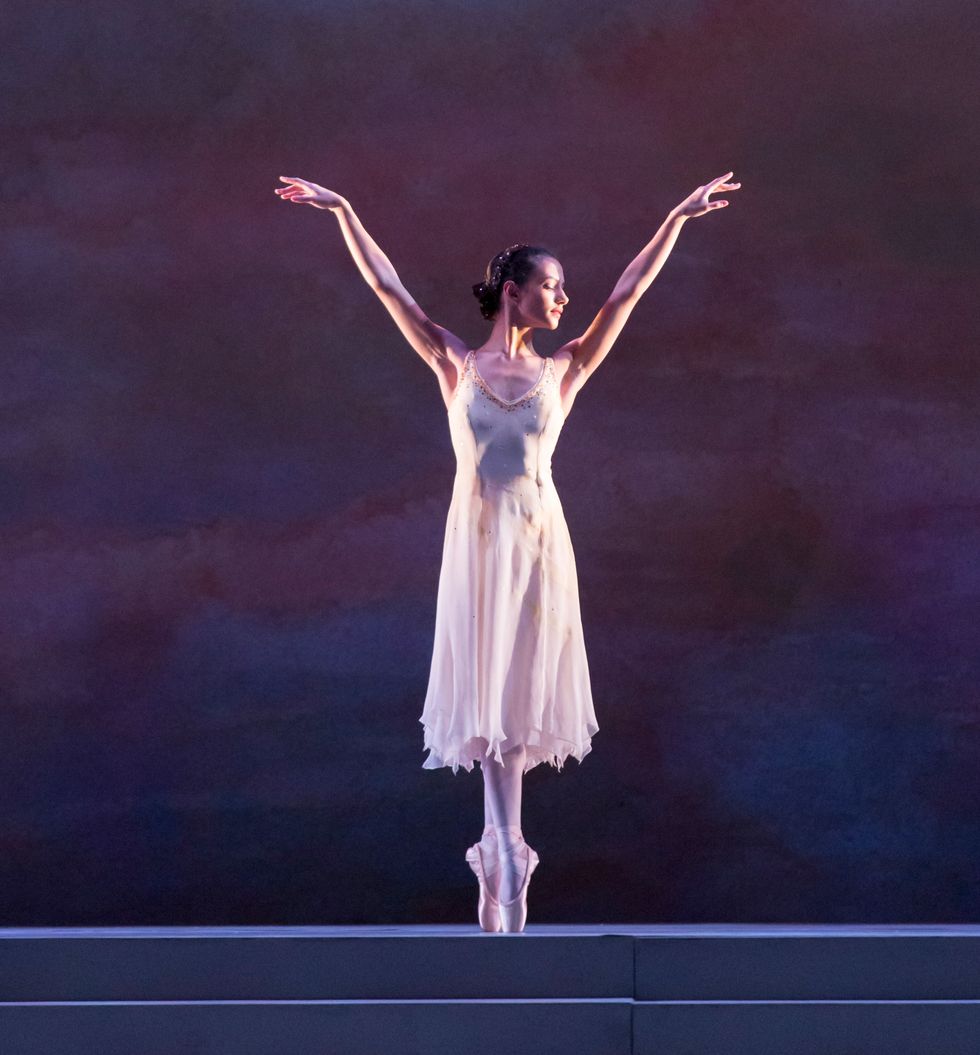 Hayward went through The Royal Ballet School's entire curriculum, starting at age 10. The transition between White Lodge, the boarding school for younger students, and the Upper School, where many international students join, proved a challenge: “Suddenly there were all these girls who had flat turned-out feet before we'd even warmed up. The first year was like military boot camp for ballet." Katya Zvelebilova, a Czech instructor with Russian influence, shaped her technique there, teaching her how to compose with her 5' 2" frame. “I had to learn how to dance big without being brash. She taught me how to lengthen and lift my legs without using sheer quad strength."

And her sangfroid under pressure made an impression early on. As an Upper School student, she was thrown onstage to cover for dancers in The Royal Ballet's productions, and performed so well that midway through her final school year, after injuries in the company, she was offered an immediate full-time contract. “I never graduated!" she says. “The next morning, I was in company class. Nobody there knew for a while that I'd joined." 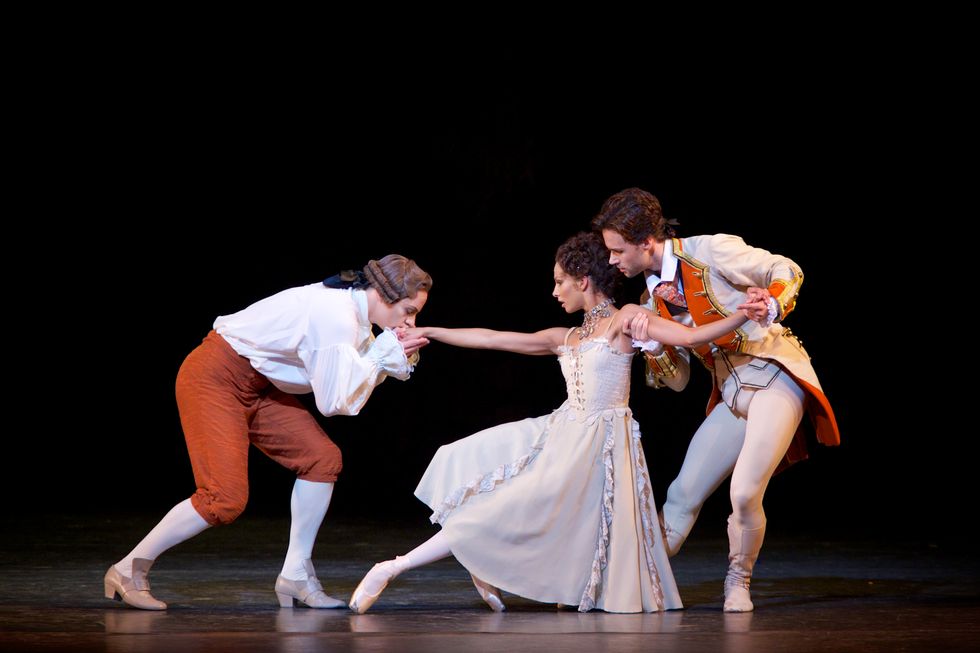 A year after she was hired, in 2012, Kevin O'Hare took over as artistic director, and Hayward was one of the first dancers he pushed. “Her ease of technique is so beautiful to watch, you don't actually realize she's dancing," he says. In early 2014, O'Hare tested her determination in a short but fiendishly difficult work by Sir Frederick Ashton, Rhapsody, which Hayward calls “the hardest 20 minutes of my life. At the end I was so tired that I started to see stars."

Still, she was such a natural in this typically British ballet that bigger roles came soon afterwards. Six months later, she was cast in MacMillan's Manon, usually reserved for experienced ballerinas, with Edward Watson as her partner. “I could never have done that ballet without Ed," she says. “He commits to every single rehearsal, does everything full-out straightaway, even the bedroom kiss. It helped me not be shy."

In Manon, Hayward's instinctive acting gifts came to the fore. “She digests things almost instantly, and she has a special awareness of how to be onstage. She pre­sents almost a finished result, which is very unusual," says her coach, Lesley Collier.

“I imagine myself as the character, and I can always tell when I'm not quite there yet," Hayward explains. “It's like painting something: You have to layer it up, to build it. If it doesn't feel natural to me, there's nothing worse."

After Manon, Hayward had a breakthrough season, dancing Christopher Wheeldon's Alice's Adventures in Wonderland and creating roles for Hofesh Shechter and Wayne McGregor. In Shechter's modern Untouchable, she had to learn to internalize movement rather than project it, and stood out as a tiny yet fierce part of the group, her hair in dreadlocks. McGregor also choreographed a prominent role for her in Woolf Works, as Sally, a key character from the novel Mrs. Dalloway. “Wayne wants more from you all the time," she says. “He always drives you, even when you're exhausted." Sharing the stage with Ferri, the lead and her childhood idol, was a bonus. 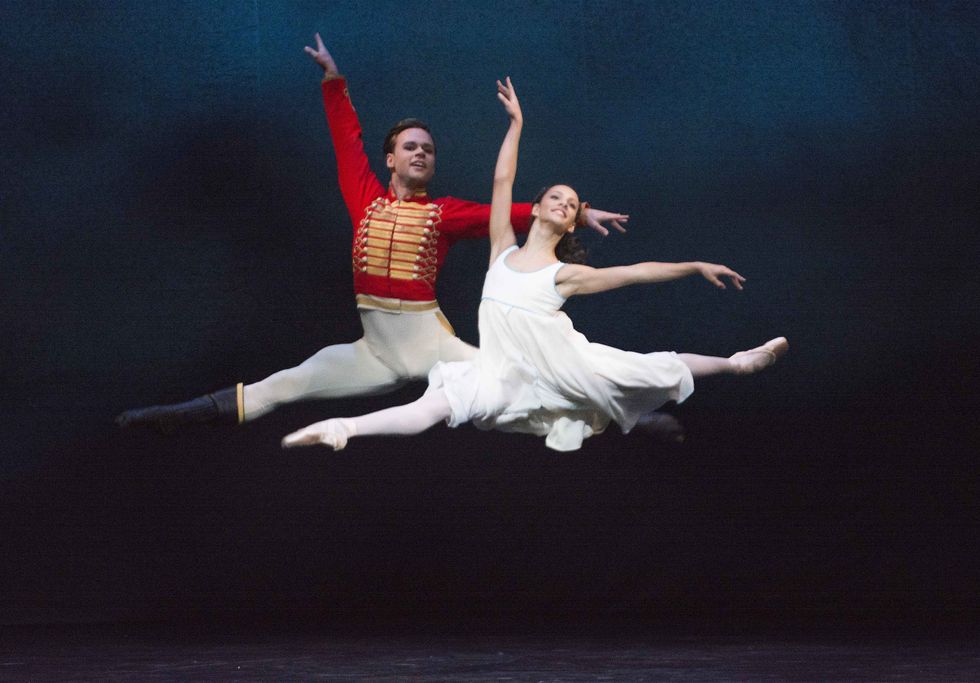 Hayward as Clara and Alexander Campbell as The Nephew in "The Nutcracker." Photo by Tristram Kenton, Courtesy ROH.

Hayward was promoted to first soloist last summer, and is on the fast track to join Watson and Lauren Cuthbertson, the only British principals at The Royal Ballet. Along with Yasmine Naghdi, Matthew Ball or Claire Calvert, she is changing the perception that British-trained dancers are too shy to compete with the international stars who flock to The Royal Ballet. “English dancers are seen as not as sure of themselves, but Francesca is part of a group who know they can do it," says O'Hare. Collier concurs: “She immerses herself in a story line, which is how I was brought up, and she has her feet on the ground."

The young ballerina is also one of the very few dancers equally at home in the work of Ashton and MacMillan, The Royal Ballet's founding choreographers. “My heart belongs to both," she says. “It is very sacred work. With Ashton, when you master all the details, the feeling is incredible." She defines the British style as “pure and elegant, with lots of bending," Ashton's catchphrase for the upper-body pliancy that foreign-trained dancers often find a struggle.

Hayward, who goes by “Frankie" with friends, recently traded life in central London for a house and a garden in the suburbs with her partner: “You get to a point where you realize you need to separate your work and your home life." In her free time, aside from visiting her grandparents, she admits to a soft spot for history and the British Museum's mummies.

And while she is reaching mile­stones as a biracial ballerina in the UK, Hayward's experience has been a far cry from Misty Copeland's in the US. “It's only when people ask me what it's like to be a mixed-race dancer that I realize that I am. I've never been made to feel different, or like I shouldn't be doing it." She hopes to meet Copeland and has taken part in The Royal Ballet's outreach programs, but for now, she is more focused on her dancing than on making history: “I still can't believe Kevin has taken all the chances he has on me. I'm proud to be the first to achieve a few things—but I am more proud that I am doing it."