This story originally appeared in the August/September 2016 issue of Pointe.

All of Swanilda's actions come from a place of pure fun. She's kind of sassy, but I like bringing out her playfulness instead of taking a more bratty approach. The role comes quite naturally to my personality. When my partner and I are in the studio, we're very playful even though we're working hard and refining everything. I try to have a good time and I think that it translates onstage.

As Swanilda, my love for Franz is very youthful, like when you hit someone because you like him. I'm quite confident in myself and in our love, even though I see him blowing kisses at another girl (really a doll). I get mad for a second, but at the end of the day I know he's going to choose me. That's my underlying feeling. When I finally make the connection that she's a doll, I think it's hilarious! 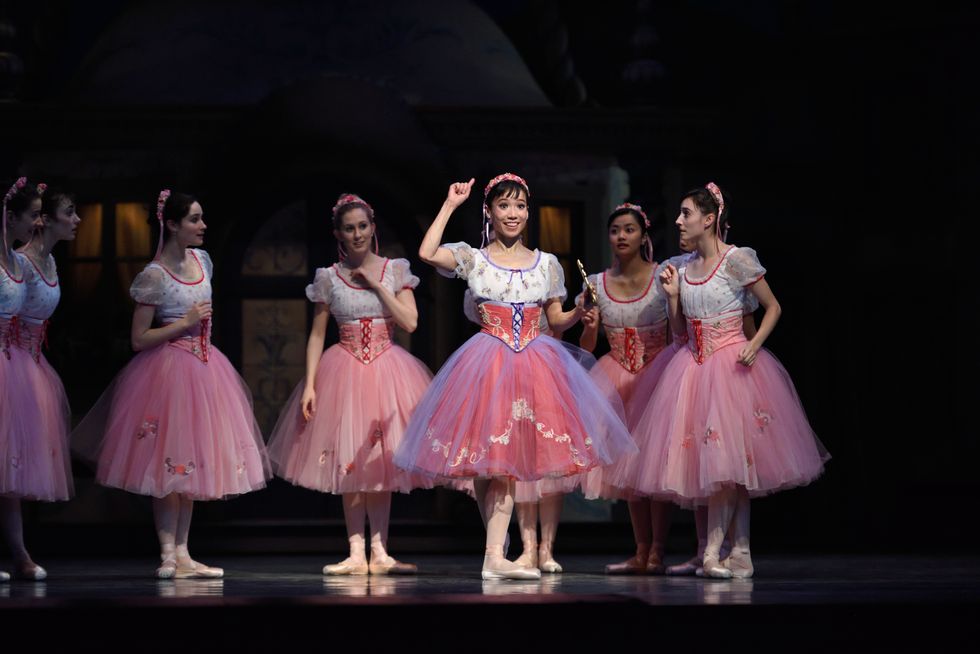 One short pantomime scene says a lot about their relationship. We're chasing a butterfly, and Franz catches it with his net, puts a needle through it and pins it to his lapel. He thinks he's making himself look handsome for me, but I'm appalled that he killed the butterfly! He says, "I love you. Will you have me?" and I smirk and say "no" before stomping off. We worked on that scene a lot. It's only five 8s, but it's a very telling moment and you have to get all the details right. The musicality is huge—it goes hand in hand with the comedy's timing and informs a lot of the dance.

Swanilda goes through a transition between Acts II and III. She's just been swept off her feet, then all of a sudden she's growing up and getting married. The serious dancing is in Act III. Even though the steps don't necessarily convey young happiness, I try to keep that playful feeling while fulfilling the choreography's technical aspects.

My coaches usually tell me to exaggerate my acting so that it's conveyed to the back of the theater. I love subtlety in dance, but it only works on a smaller stage or in the studio. Of course, sometimes I feel like I'm being cheesy. But if I practice, it feels more natural onstage. It's different from stand-up comedy—there's so much more to the ballet than trying to be funny. I'm trying to embody the character and have fun. But when the audience laughs, it just propels me to keep up the energy.