The New Girl: One Miami City Ballet Dancer Reflects on Her First Year in the Corps

I got my corps contract on my 18th birthday. It was such a relief. I had convinced myself that I would be okay not dancing, but inside I just wanted to get a contract with Miami City Ballet.

I'd trained at Milwaukee Ballet School pretty much my whole life, and in 2014 I went to the MCB summer program and loved it. They invited me to stay for the year, and right when I got there, they offered me an apprenticeship. I spent the next two years as an apprentice. My second year I got to tour with the company and did Swan Lake, The Nutcracker and Bourrée Fantasque.

Once I was told that I had a contract, it felt like so much weight was lifted off my shoulders. Every single person came up and individually congratulated me. They were so kind, and ever since then they've been like a big family.

It's such a jump from being in a school setting to being in the company. I'm lucky that I was able to experience so much firsthand as an apprentice, but there were still some things that I couldn't get used to. As an apprentice, I would spend half my day rehearsing and taking class at the school, and the other half rehearsing with MCB. Once I got into the company, there was so much less work. It was hard to stay in shape and make sure that I was on top of my dancing. The ballet masters don't give you as many corrections, and I didn't have anybody there to discipline me. It was all self-motivation. 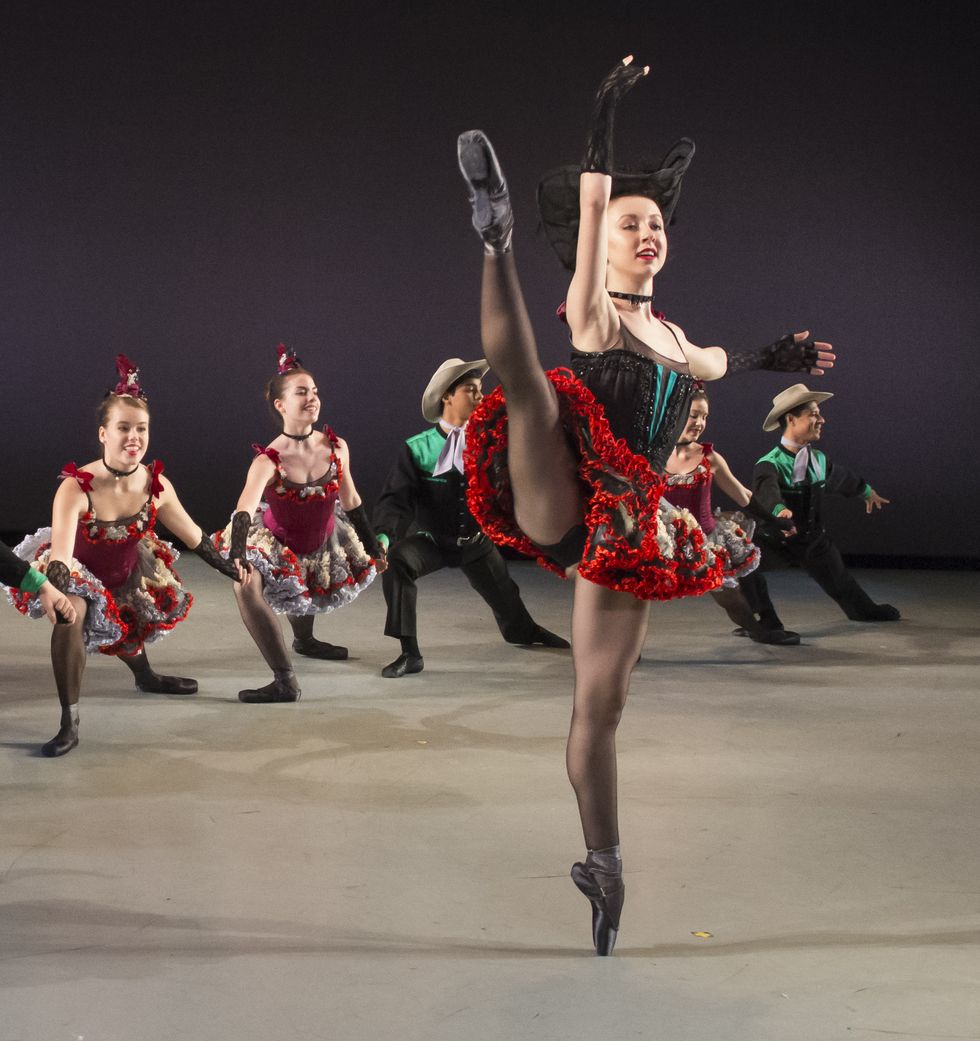 There was a period of time where I wasn't in any of the ballets we were rehearsing; I was just standing in the back and learning them. So I would swim every night—there's a pool that's a couple blocks away. I had friends that would go too, so that helped motivate me. Everybody in the company was helpful. I would ask them, "How do you stay in shape?" And there are tons of dancers in the gym. Some are working on getting their Pilates certification, and they'll give me certain exercises to do.

Before I came here, I heard all these stories about how dancers can be catty or you have to be careful not to step on the principals' toes. But everyone here supports each other and interacts during class and rehearsals. There's a certain level of respect that we have for the people at the top, but nobody looks down on you because you're in the corps. 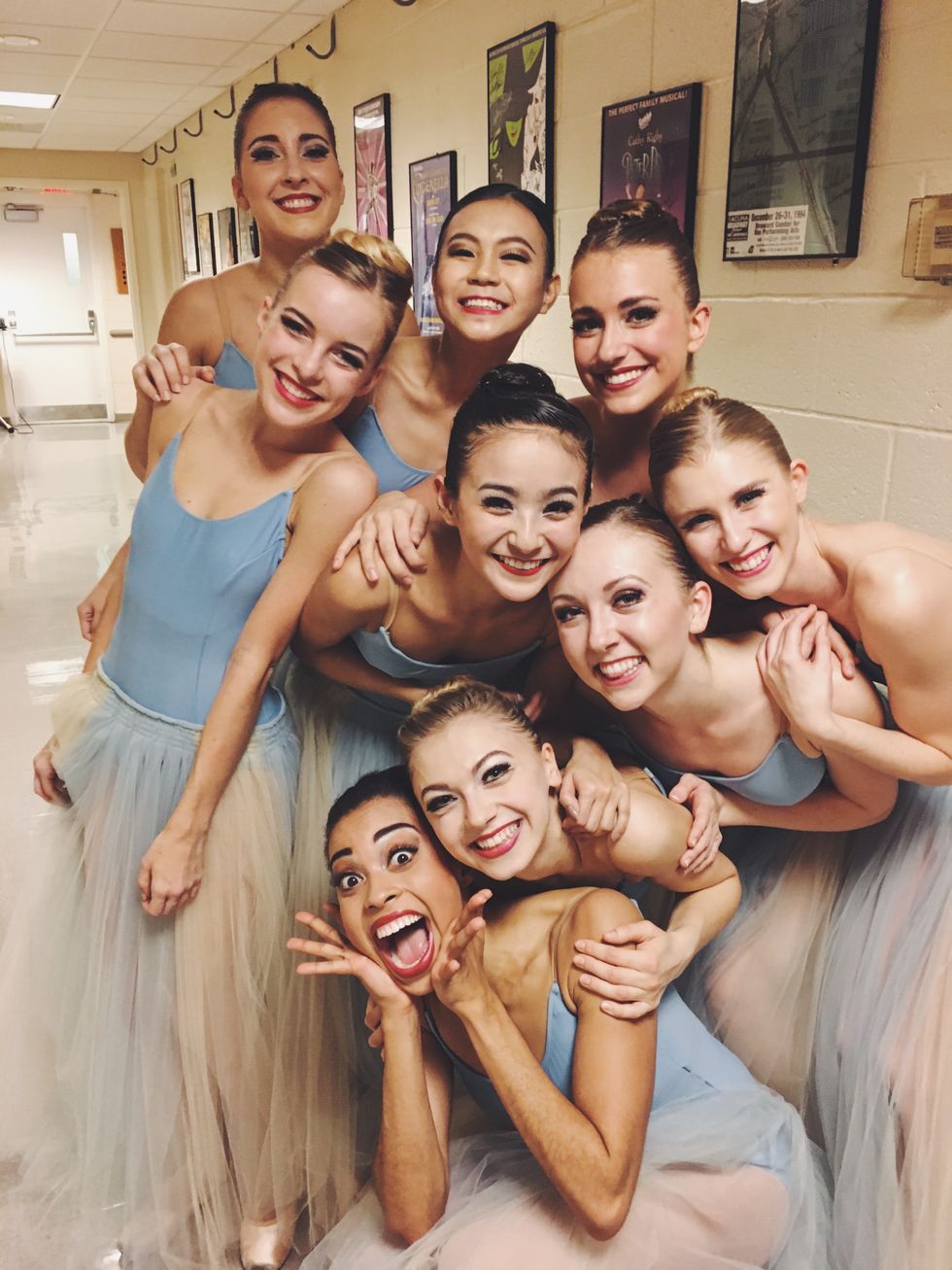 Backstage before a performance of "Serenade." Photo courtesy Andersen.

Getting free pointe shoes was also a relief. Before, my parents would pick up extra jobs here and there so they could afford to send me shoes, because I wasn't making any money. We also have physical therapists available throughout the workday. As an apprentice I got free therapy, but I often wouldn't go, even if I was in pain, because I tried to be respectful of the company members. Now I go almost every day just for a 15-minute slot.

It's hard to have a social life, but I'm social within the company. Sometimes we have days off and we go explore the city. And I started going to a church with my friends, so that's a nice escape. Living by myself was a big transition—in the student dorms last year, I was surrounded by friends. But I actually feel less lonely now, because I feel like I'm part of something. When I was an apprentice, I was constantly nervous and anxious about getting a contract. 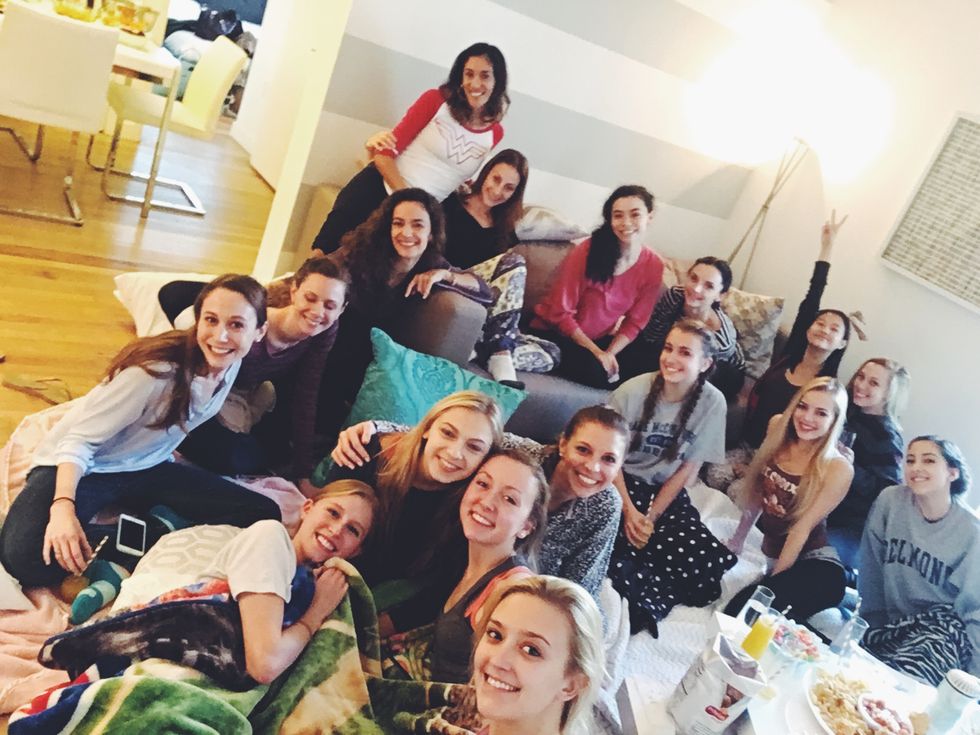 I live two blocks from the ocean, and I bike to work along the boardwalk every morning. We have class at 10 am for an hour and a half, and then typically we'll rehearse from 11:30 am to 2:30 pm and 3:30 to 6:30 pm. Not everybody rehearses the whole day, so we'll have an hour break here and there. People will be in the PT room, or doing the elliptical, or I'll bring my crocheting stuff to the studios. I made all my friends little shark slippers. Sometimes I'll stay after rehearsal and ice my feet before I go home. I'll eat dinner and crochet, go to a friend's house, or sometimes swim if we're not doing anything too strenuous.

This season, we did Giselle, The Nutcracker and Serenade—my dream ballet. I also got to do Jerome Robbins' Glass Pieces. I wasn't originally supposed to, and then there was a sudden cast change. Alexei Ratmansky also came and choreographed The Fairy's Kiss on us. It was incredible to watch the process. There have been embarrassing moments this season—my first time going in for second cast of Fairy's Kiss, I fell flat on my face—but I'm learning as I go. 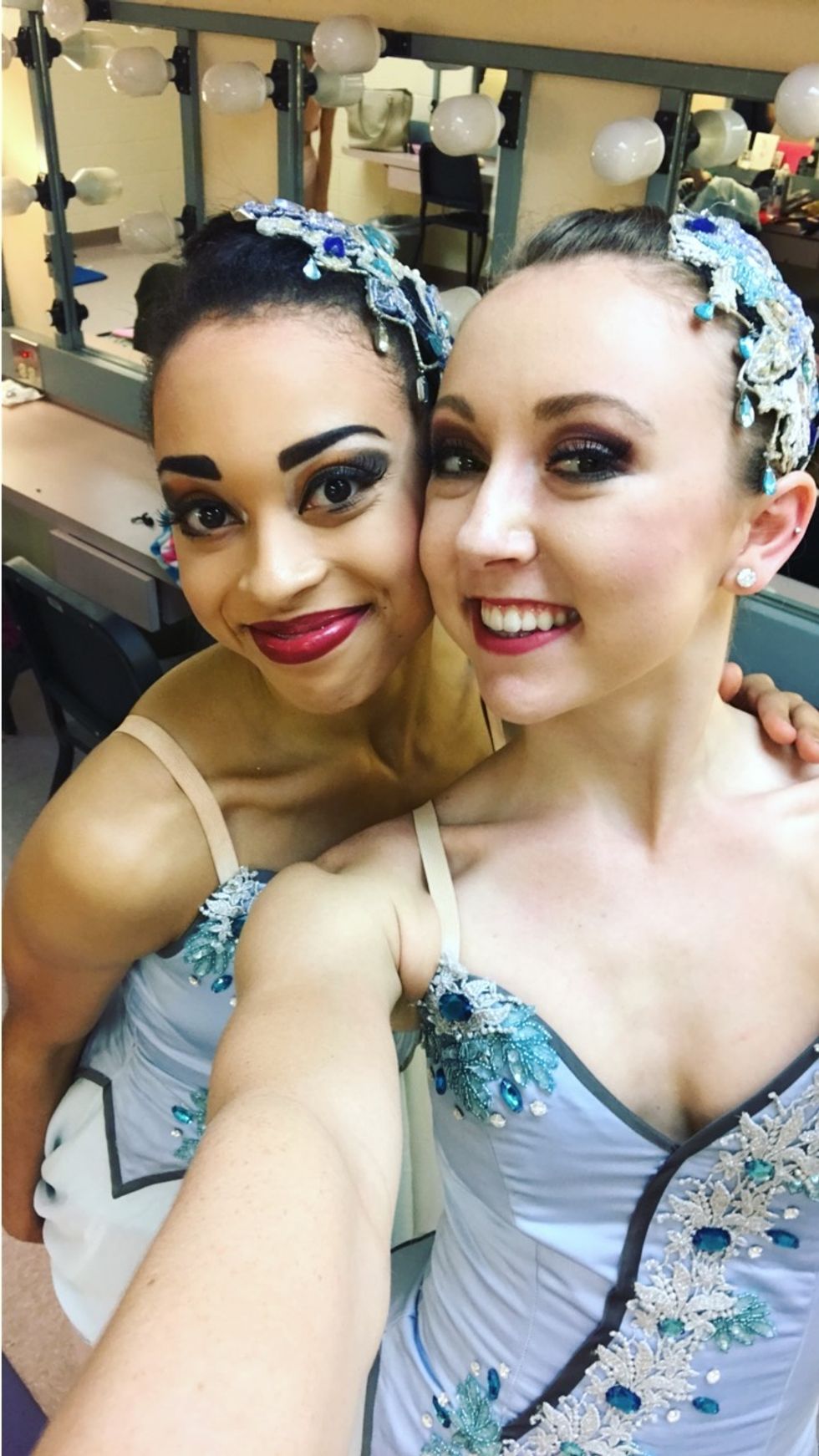 It's amazing how much difference a year can make in my attitude, and the way I think about ballet. Being in the company is so rewarding. I want to continue working on my self-discipline, and establishing myself. After that I'd like to focus on learning bigger roles. One of my dreams is to dance Arabian in The Nutcracker. I'm one of the taller girls in the company, and they all do that part. During this summer's layoff, I'm going to take classes with the school. I think it'll help to get back to the basics and revisit my technique.

I feel like I don't have to prove myself as much as I did as an apprentice. All the pressure was off once I got that contract—now it's a different kind of pressure: to keep improving and to be consistent.