Last winter, we told you all about "Finding Clara," a YouTube series produced by tween clothing brand Justice. It followed four BalletMet Academy students cast in BalletMet's The Nutcracker. This year, it gets even better: The heart-melting show has been turned into a full-length documentary. Finding Clara was released today for rental and purchase on Amazon, Google Play and iTunes.

The documentary follows four dancers (Alaina Kelly, Molly Rainford-Dreibelbis, Lauren Grace Onderko and Isabelle Lapierre, who range in age from 10-13) over the course of three months, from auditions to rehearsals to opening night. We see the young bunheads' struggles and joys, namely how they work to find a balance between school, homework, ballet and family... and an incident involving a wooden nutcracker and a trip to the emergency room. The 90 minute documentary expands on the web series with never-before-seen footage, including interviews with artistic director Edwaard Liang and BalletMet company members. Justice and BalletMet, both headquartered in Columbus, OH, are natural collaborators, and this film is a product of Justice's new entertainment division, Justice Studios, which hopes to build on the company's mission as a"destination for all things tween girl." We're hoping that means even more ballet content is on its way (last year they put out a series of ballet tutorials on YouTube.) 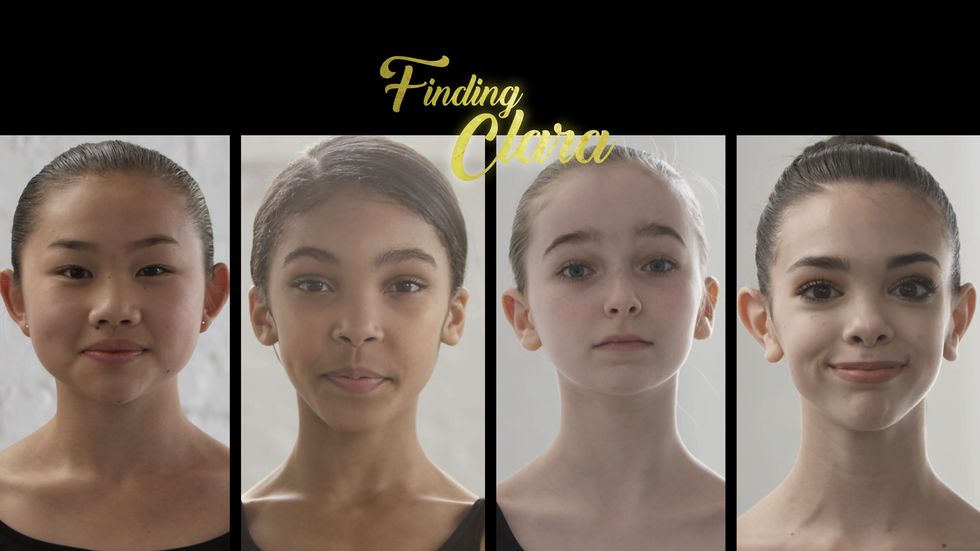 While Finding Clara is geared towards a younger audience, the four dancers' enthusiasm and energy is infectious, and reminds ballet lovers of all ages of the magic of Nutcracker and the thrill of your first big role. We're giving away five copies of this new DVD (including some extra gifts) to Pointe readers; enter here to win!