Rounding out her first season as artistic director of The Washington Ballet, Julie Kent called on her longtime dancing partner and friend, Ethan Stiefel, to create an entirely new work for the company. To honor the John F. Kennedy centennial celebrations at the Kennedy Center this spring, Stiefel chose to tap into the 35th president's space legacy. Frontier, which had its world premiere on May 25 and runs through the 27, follows a female astronaut's space explorations.

To get his ballet just right, The New York Times reports that Stiefel spent a day at NASA headquarters in Washington, D.C., to translate an astronaut's experience—from training to space travel—into choreography. Additionally, Stiefel turned to Ted Southern (who made gloves for NASA) and his wife, Flora Gill, to design spacesuit-style costumes. To completely take the audience on an out-of-this-world journey into space, Stiefel commissioned a new score by Adam Crystal and mind-blowing scenery designed by Dmitrij Simkin (ABT principal Daniil Simkin's dad!).

Check out some pics from the world premiere performance, ahead! 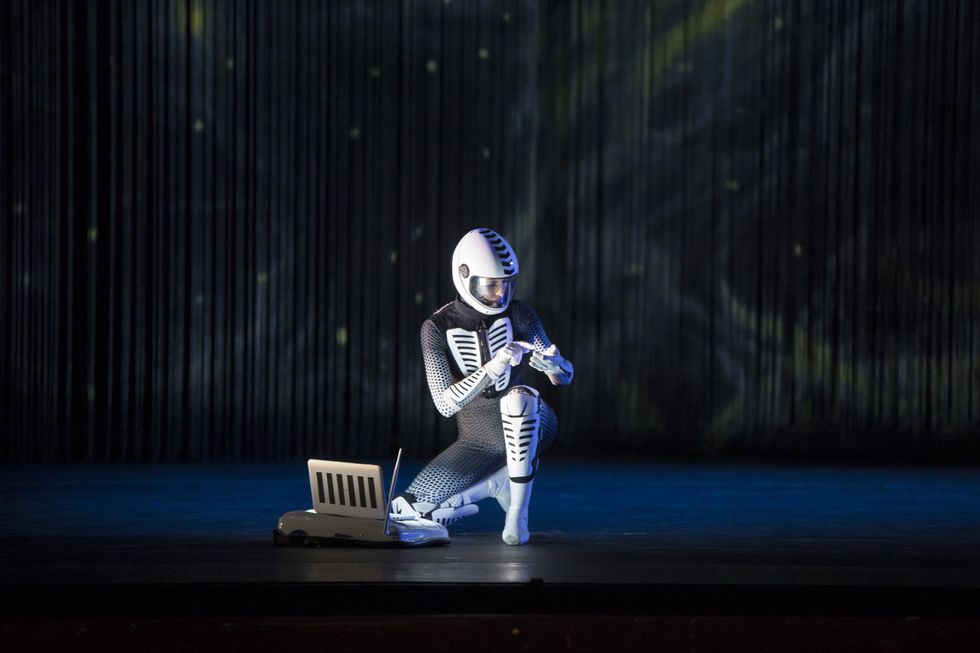