Let's Be Blunt: Why I Love Dancing With My Husband

Romantic couples within the dance world are fairly common; it's not surprising that a dancer might find a deeper connection with another who appreciates ballet's unique triumphs and trials (not to mention someone else who doesn't mind eating dinner at 11:00pm, with both feet submerged in a bucket of ice). But when it comes to dancing together? Some love it, some hate it. Being able to communicate frankly with your partner, as you could with your spouse, can either smooth out or derail a rehearsal. But, with that, also comes the fact that there is no one else you want to succeed more, and vice versa.

Take my husband Price and me. At 5'10" and 5'9" respectively, we're not often paired up at Pacific Northwest Ballet. Surprisingly, our first real conversation happened the first time we danced together, after a near disaster. During the ball scene of Jean-Christophe Malliot's Roméo et Juliette, a tour jeté lift turned into an accidental (despite what he might say) slap in the face. We've smoothed out some of the kinks since. While we've only been partnered a handful of times in total, they've been some of the most rewarding, most treasured experiences in both our careers. 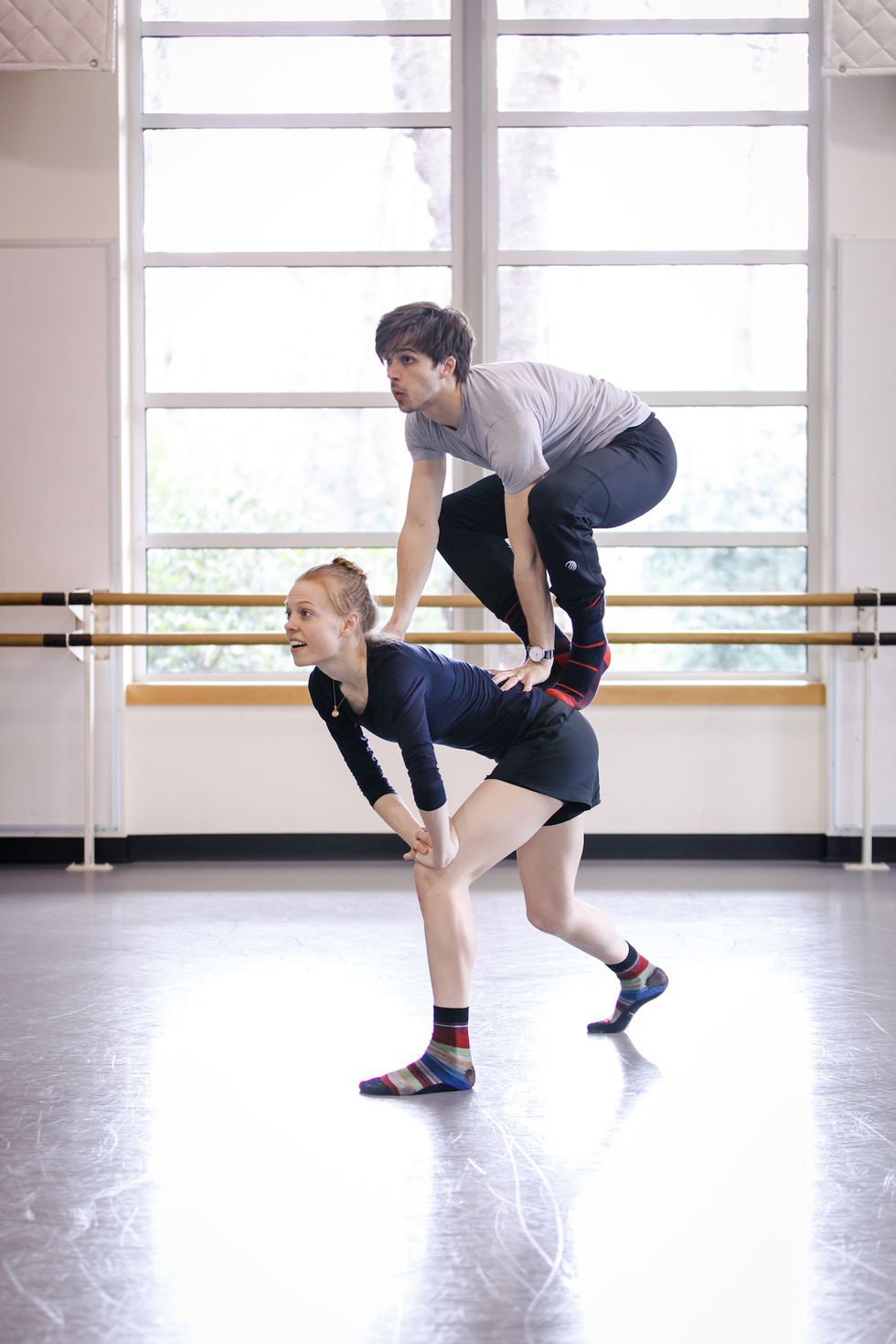 "I think we were both alarmed at how blunt the other could be." Photo by Lindsay Thomas, Courtesy PNB.

If you know Jiří Kylián's Petite Mort, you know its magic—the sounds of fencing foils with Mozart's concerto, or how the flowing silk and floating dresses contrast with the seemingly bare dancers. Three months after our wedding, Price and I were ecstatic to find ourselves fourth cast for one of the pas de deux. Knowing that we wouldn't get the same amount of rehearsal time as more senior casts, we grabbed a back studio by ourselves to work on steps, experiment with grips, and smooth out transitions as best we could so that when our turn came in rehearsal, we weren't starting from square one. But after about five minutes, I think we were both alarmed at how blunt the other could be—sides we hadn't previously shown other partners.

Despite any initial shock, results came fast. While I might have hesitated to say that a lift felt uncomfortable to another dancer, the fact that I could with Price opened the door to fixing it. The forthrightness was actually an advantage—even the world's best partner isn't a mind reader. Price, partly due to the fact he also choreographs, is a natural partner; he possesses an ability to assess an issue, and, more often than not, find a solution. However, that doesn't mean he can wholly place himself in his partner's shoes. There was no way for him to know what I felt without me voicing it. Within a few minutes, we were able to get the lift to a place where we both felt the smooth, weightless "floaty-ness" that we both wanted. Quickly, that feeling spread throughout the whole pas de deux; it was then that rehearsals together turned from work to "date night"—special moments that we get to share. And when the show came, as we stood upstage left waiting for our music to start, I felt more excited and far calmer than I ever had on McCaw Hall's stage, knowing that Price was standing behind to me. 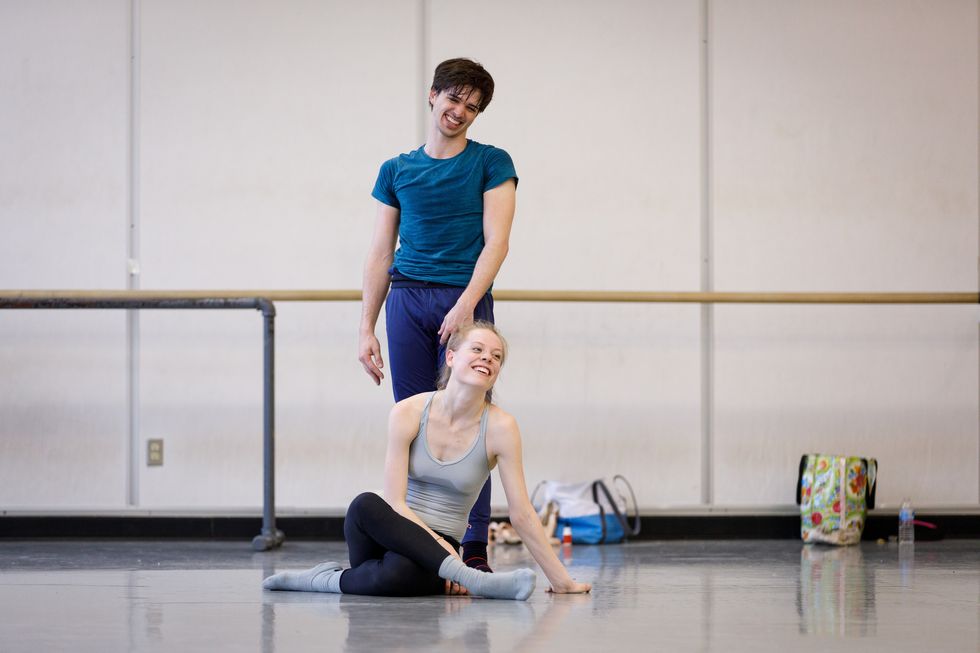 "The lack of restraint that initially caused tension now turns to laughter, followed by a sarcastic comment or two." Photo by Lindsay Thomas, Courtesy PNB.

Now, five years later, we're partnered again in Alejandro Cerrudo's Little mortal jump. Dancing a wonderfully quirky pas de deux to the words of Andrew Bird's "Beware," our in-studio dynamics have evolved. The lack of restraint that initially caused tension now turns into laughter, followed by a sarcastic comment or two. Partly due to the playful nature of the duet and partly because it's with Price, these rehearsals have been some of the most fun of my career. Our exceptionally wonderful stager, Pablo Piantino, jokingly called us out for the "ease" with which we dance together: "If you two weren't married I'd be giving you grief right now about having your hand on his butt when you were lifting him around..."

Oops. We worked that one out too.

There's an innate lack of inhibition I have with Price that doesn't exist with any other partner—after all, there's no one who knows me better. Dancing with him has opened the door for moments of unexpected calmness, uncontainable joy and unrestricted freedom onstage that I'd only dreamt of before. Being in the moment, especially on stage, doesn't always come easily or often. But once I hear those lyrics start ("Step right on up, take a good, good look…") and I see him run around from behind the box, I can honestly say that at that second, I'll be more excited to dance than I ever have before.