This is Pointe's Summer 2019 cover story. You can subscribe to the magazine here, or click here to purchase this issue.

In Ballet West's company class at Salt Lake City's historic Capitol Theatre, demi-soloist Emily Neale stands poised in first position, her hair swirled into a slightly disheveled bun. In any other room, her 5' 8" frame would be a standout, but in this company—where the tallest woman is 6' 1"—her height is hardly something to note. Rather, it's her self-possession. As the dancers around her seek to impress on-looking artistic staff, 24-year-old Neale seems unfazed. Her épaulement breezes, her allégro soars and suspends, her technique is solid, and all the while, she is calm.

Her unflappability was built along a very patient path to Ballet West. While clearly talented, Neale struggled to find work for two years, enduring the pressures of rejection while waiting for the right stars to align. Yet she remained steadfast, and despite her difficult start, her timeline caught up with her talent once she landed at Ballet West. Since joining as a trainee in 2015, she's risen rapidly to demi-soloist. In fact, it's the fastest climb the company has seen since principal Beckanne Sisk. 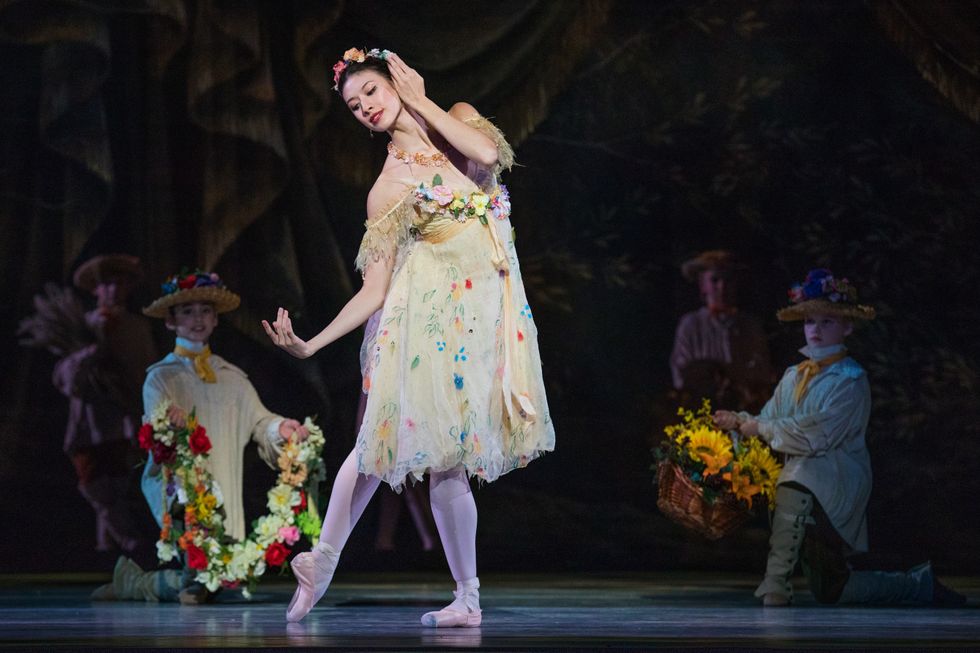 Neale as The Fairy Summer in Sir Frederick Ashton's Cinderella

Neale began her training at 9 years old at Acton School of Ballet in Acton, Massachusetts. There, her love for ballet blossomed. Each year, ASB would put on a Nutcracker and invite guest artists from American Ballet Theatre to perform as the Sugar Plum Fairy and Cavalier. Watching these dancers opened Neale's eyes to a new level of talent. "I wanted to be able to be that good," she says. "I wanted to try."

At 15, she left her mom, dad and older brother and moved to New York City to further her training. "I was fortunate to have parents who let me make a decision like that at such a young age," she says. Her mother, a cancer researcher, and her father, a high school teacher, were familiar with the city, says Neale, "so they felt comfortable sending me there."

Her plan was to audition for the School of American Ballet. For the two weeks leading up to the audition, Neale studied with the revered Gelsey Kirkland at a summer intensive at Gelsey Kirkland Academy of Classical Ballet in Brooklyn. But she landed wrong out of a jump in class and developed a hairline fracture, preventing her from auditioning for SAB. Having already told her high school that she wouldn't be returning (she eventually finished her education online), she chose to train with Kirkland after her injury healed, living in an apartment building provided by GKA's program. "It ended up being an amazing turn of events," Neale says. "I was able to really focus on my artistry."

But she soon started growing rapidly. "I didn't know what was happening to me during those hormonal and physical changes," Neale says. "It was hard to not get discouraged." Over the next few years her teachers helped her manage her new physique by telling her to embrace her height, fill space and never give in to the temptation to dance small.

After working with Kirkland for a year and a half, Neale attended a pas de deux intensive at Ellison Ballet. She was taken by Edward Ellison's detail-oriented teaching and switched schools to work with him. "He made me understand that a lot of ballet is a science, that much of it is purely anatomical," Neale says. "My fingers, my transitions, the position of my neck, my relationship with the music—all of it contributes to the overall performance."

Ellison was struck by Neale's "innate naturalness" for dance. "She was focused, passionate and thoughtful," he says. "She's also one of the most humble human beings I've ever met." After a year and a half of training, Ellison encouraged her to attend every audition she could. "I obviously told her to pay attention to companies that favored tall dancers, but you never know what might work out," he says.

Yet Neale spent the next two years auditioning for jobs without getting any offers. By 20, she was still training at Ellison Ballet and anxious for a company contract. "At that point I was panicking," Neale says. "I knew I wanted to be a professional dancer, but I didn't know if I really could." Ellison pushed her to keep going. "It didn't matter that I had been there longer than anyone else," she says. "He wanted me to focus on my work and keep improving." 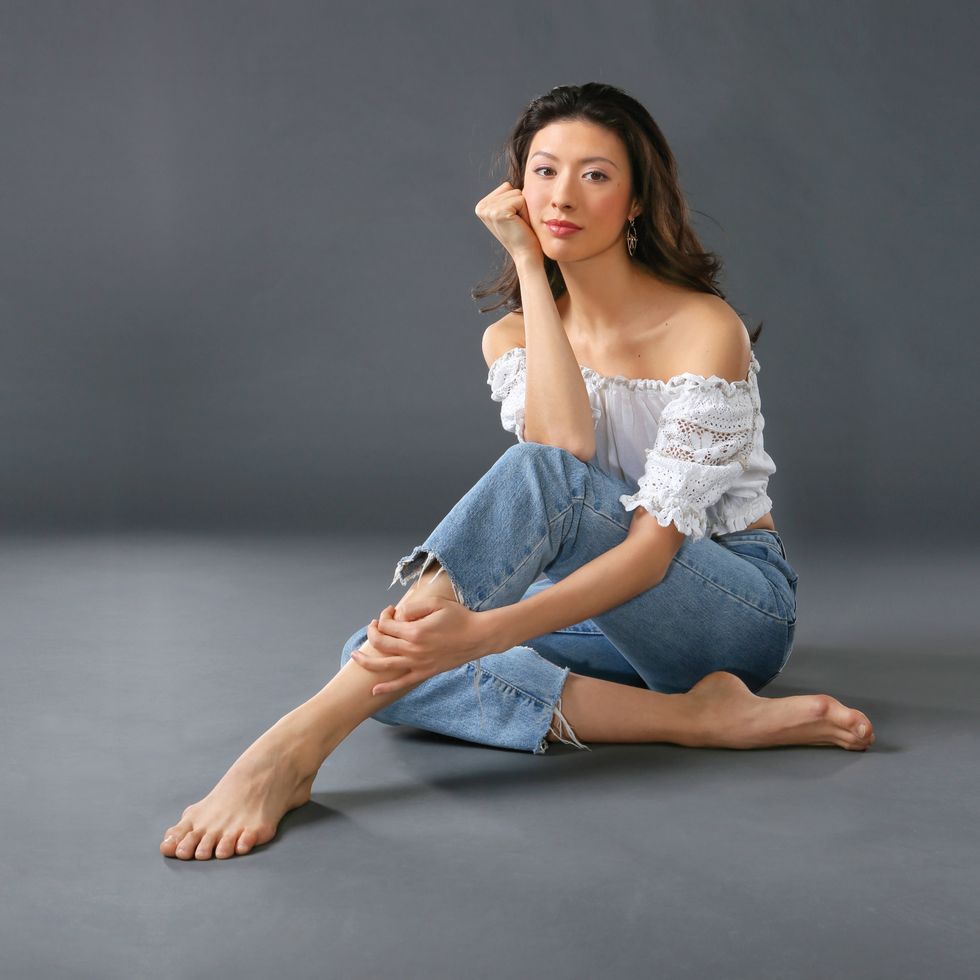 In April 2015, Neale learned that Ballet West was touring to New York City and arranged to take company class. Knowing that company's proclivity for hiring tall dancers, she felt hopeful. "It was discouraging to be the tallest girl in the room at other auditions," she says.

Unfortunately for Neale, there was one company spot available that season, for a shorter dancer. Though he felt she was company-ready, artistic director Adam Sklute could only offer her a traineeship. "To her credit, she took it," he says. "It impressed me that she was such a team player."

For Neale, the decision was simple: "Instinctually, I felt like I needed to take this offer and see what could happen."

Neale spent the next year as a trainee, a student position. Though she didn't have to pay tuition, her schedule was packed with classes and the occasional performance opportunity. "It was a self-imposed anxious time for me," she says. "Of course I wanted to get into Ballet West, but I knew if I didn't get the job there, they were going to help me find opportunities elsewhere." 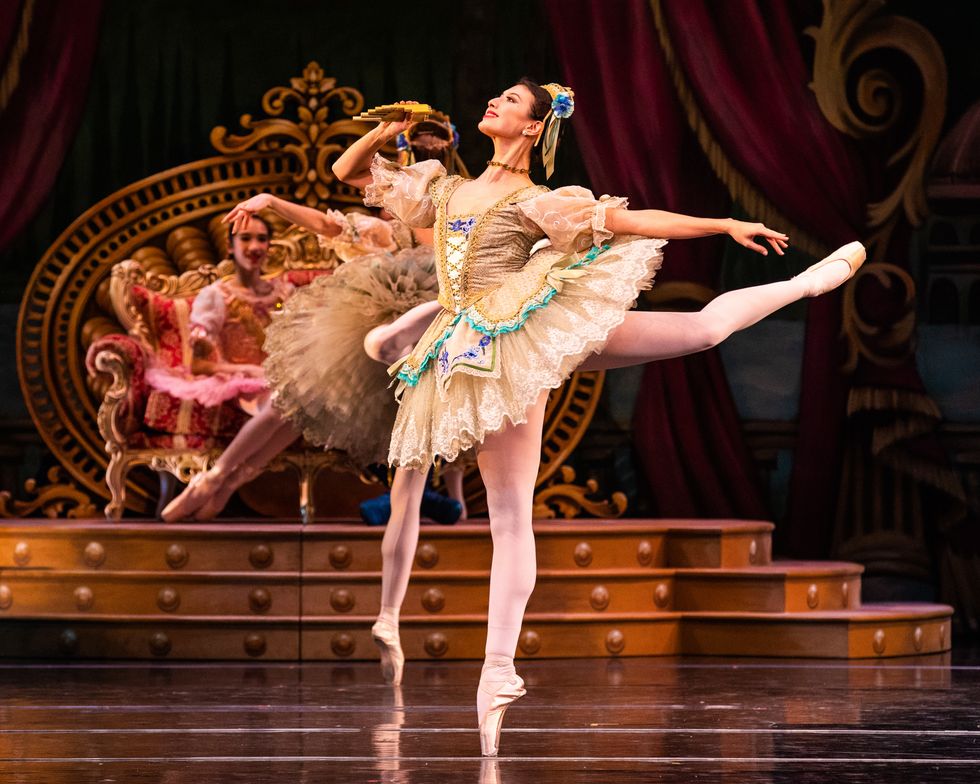 Neale moved up into Ballet West II in 2016, an experience she loved. In addition to BWII's own performances, the dancers took class and performed with the main company. Though restless for a contract, she reminded herself to be patient. "In reality, these were steps that almost everyone in the company had to go through to make it."

Neale wouldn't have to wait long. After just two months in BWII, she was promoted to the corps de ballet. Her surprise soon turned to gratitude. "I was about to start a new chapter with ballet that I had only imagined, but had never experienced for myself."

Sklute soon started giving her opportunities, including The Fairy Godmother and The Fairy Summer in Cinderella, and she proved she could handle the pressure. "She's a thoughtful worker," says Sklute. "She emphasizes quality over quantity. She may be nervous on the inside, but I never know."

Her promotion to demi-soloist last fall comes with bigger roles and expectations, something Neale tries not to get too worked up about. This season she's danced as a Big Swan in Swan Lake and in Arabian in The Nutcracker, and was cast to dance leads in "Rubies" and "Emeralds" before being sidelined by an injury. She says experience has taught her what is worth stressing over. "I can always improve, but I've learned that I shouldn't take things so seriously," she says. "There will be mistakes, but that's just part of live theater." 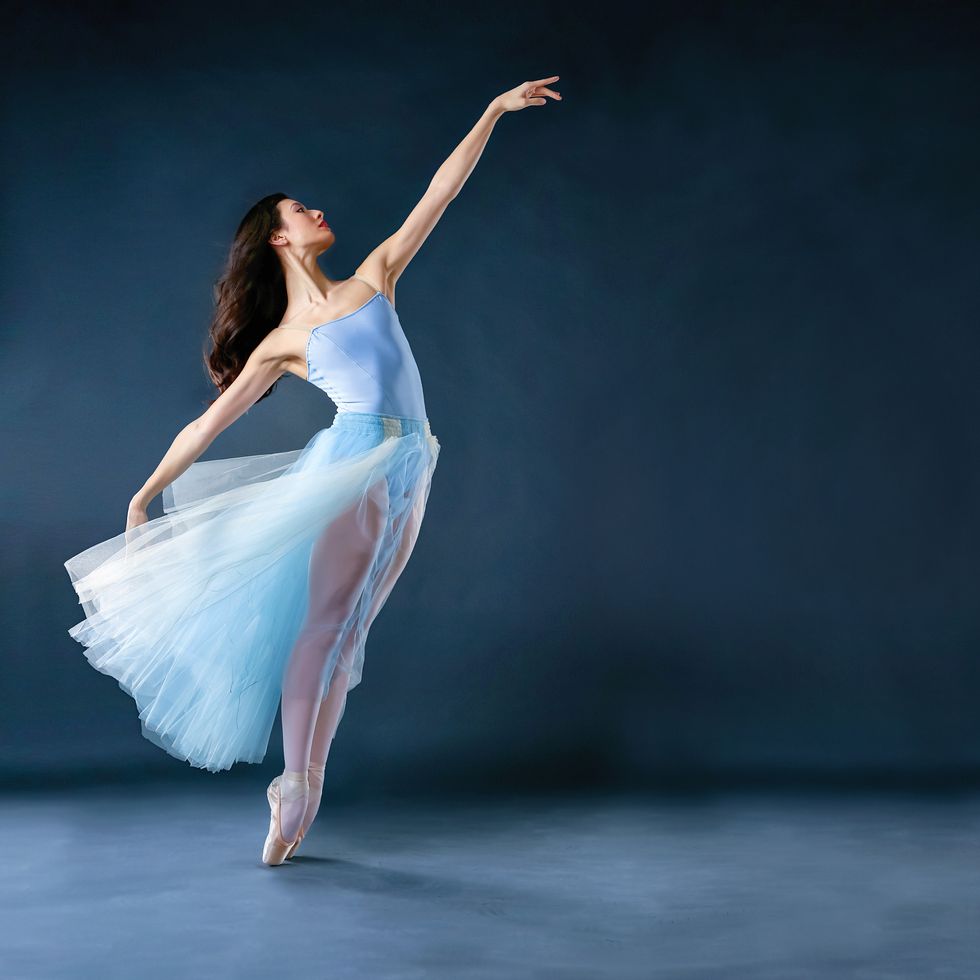 "Like anyone, she can be hard on herself," says fellow demi-soloist Gabrielle Salvatto. "But after the initial disappointment fizzles away, she's able to see the bright side of things." Salvatto adds that she's very thorough and introspective in rehearsal, yet also has a silly side that makes everyone laugh.

Camaraderie with her fellow dancers is one of Neale's favorite aspects of company life. "We've created our own little family here," she says. When she isn't dancing, Neale likes to spend time with her friends traveling, exploring nature, making home videos and going to concerts. "I was surprised to find that Emily was so into indie punk rock," says Salvatto. "She has this edgy, headbanger thing going on."

The trajectory of Neale's future appears sky-high, but when it comes to Sklute's plans for her, he's keeping his cards close. "I'm quiet about those things," he says. "I don't want to pressure my dancers before they're ready." Neale isn't too concerned, and is open to staying in Salt Lake City as long as she's happy there. "My goal is to be the best person I can be, and to learn as much as I can from this career. If that's through becoming a principal dancer one day, that's spectacular. I'm just along for the ride."