Living the Dream: A Day in the Life with NYCB Corps Member Emilie Gerrity

Two years after joining New York City Ballet in 2010, corps de ballet member Emilie Gerrity's career turned a corner. Choreographer Justin Peck selected her to be among eight dancers in his first ballet for the company, In Creases. “It had a huge impact on me," says Gerrity. “It helped me express myself in a way I was never able to before—to say, This is me, and this is my dancing."

Gerrity, a limpid dancer with enormous eyes, credits her exposure in the ballet with opening other doors. After In Creases, the Upstate New York native made her debut in featured roles in Jerome Robbins' Glass Pieces, Christopher Wheeldon's Soirée Musicale and others—all while continuing to dance her previous parts in the corps. “She's feminine, but at the same time deceivingly strong," says company ballet master Jean-Pierre Frohlich, who rehearsed her in Glass Pieces. “You would never think she could be an allégro technician, but she can. I describe her as a creature—beautiful to watch but not easy to put your finger on."

Her schedule is grueling, but Gerrity thrives on it. “The more I'm pushed and the more I'm given, the more I can improve," she says. Having a healthy social life in a company with such high demands presents its challenges. Early Friday nights are common, but Gerrity surrounds herself with people who empathize.

Pointe followed Gerrity during a busy day of class, rehearsal and training before the company departed for a weeklong season at the Kennedy Center in Washington, DC. 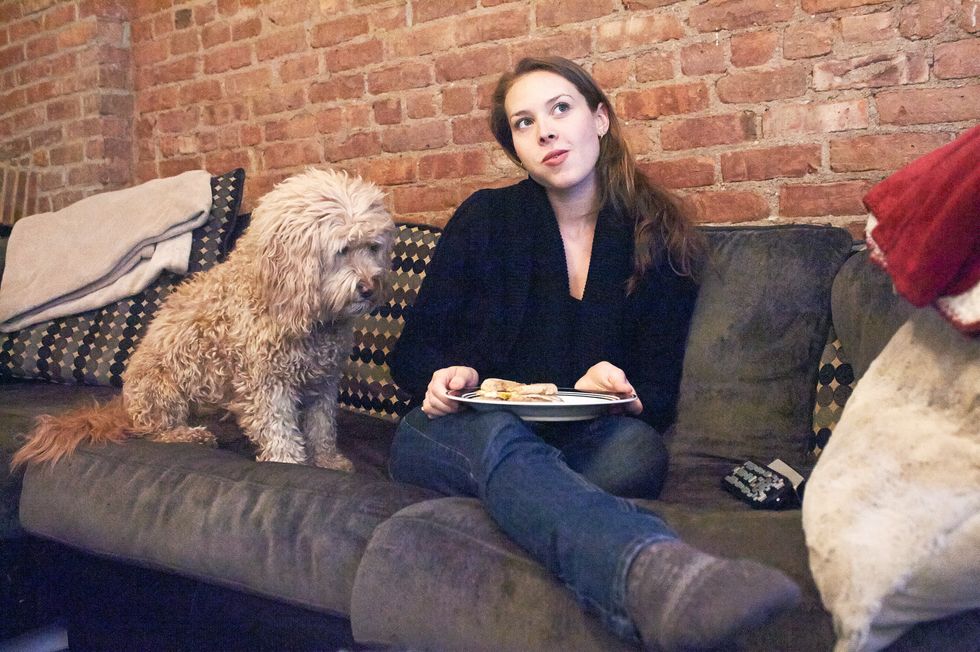 Gerrity wakes up at 8:30 am and eats breakfast right away, usually eggs, to get nutrients before a hard day of work.

Related Articles From Your Site
Related Articles Around the Web
new york city ballet day in the life peter walker emily gerrity
If you like us online, you'll love us in print!
Instagram
Pointe Magazine