When Jennifer Kronenberg launched Dimensions Dance Theatre of Miami with husband Carlos Guerra less than two years ago, she never dreamed their fledgling troupe would be performing in two of the country's most famous dance venues so soon.

"It's surreal," said the former Miami City Ballet principal ballerina, as Dimensions prepared to open the Joyce Theater's Ballet Festival June 26 and 27, going on to the Jacob's Pillow's Inside/Out series on June 29. "We're still very new. Some companies have been around forever and never get invited to places like the Joyce and Jacob's Pillow."

Adds Guerra, "We never thought we would reach this level in such a short time. It's been an amazing journey."

They owe their early arrival to two of the qualities that have already made the 16-member ensemble a successful and beloved presence in Miami: strong community connections, and a repertory and roster that reflect this predominantly Latino city.

Last fall Eric Fliss, general manager of the South Miami-Dade Cultural Arts Center, where Dimensions is a resident company and audience favorites, told fellow members of the Dance/USA Presenters Council that a Dimensions concert had been the Center's most exciting dance event. That got the attention of Joyce executive director Linda Shelton.

"I had not heard of them before," said Shelton, who said the troupe fit the festival's aim of highlighting new companies or dancers heading projects outside large companies.

That Guerra and seven Dimensions dancers are from Cuba was also a plus for the Joyce, which has presented and fostered dance from the island nation.

Their Cuban side will be showcased there in Septime Webre's exuberantly nostalgic Juanita y Alicia, inspired by the former Washington Ballet artistic director's Cuban ancestry and set to classic Cuban tunes performed by a live band—a company signature they're keeping for New York. ("Because we're nuts," laughs Kronenberg.) The program also includes Esferas, a sculptural trio by MCB dancer and rising choreographer Ariel Rose; and Stepping Into Blue, a dreamlike duet for Kronenberg and Guerra from Atlanta-based Tara Lee, commissioned by the Joyce.

Another highlight is Light Rain, a 1981 ballet by deceased Joffrey Ballet leader Gerald Arpino, which earned standing ovations in Miami last November. It was staged by Cameron Basden, the Joffrey's former associate artistic director and close collaborator with Arpino, in honor of the 10th anniversary of his death. (The Pillow program features an excerpt from Light Rain, Esferas, and The Vow, another Rose ballet.) 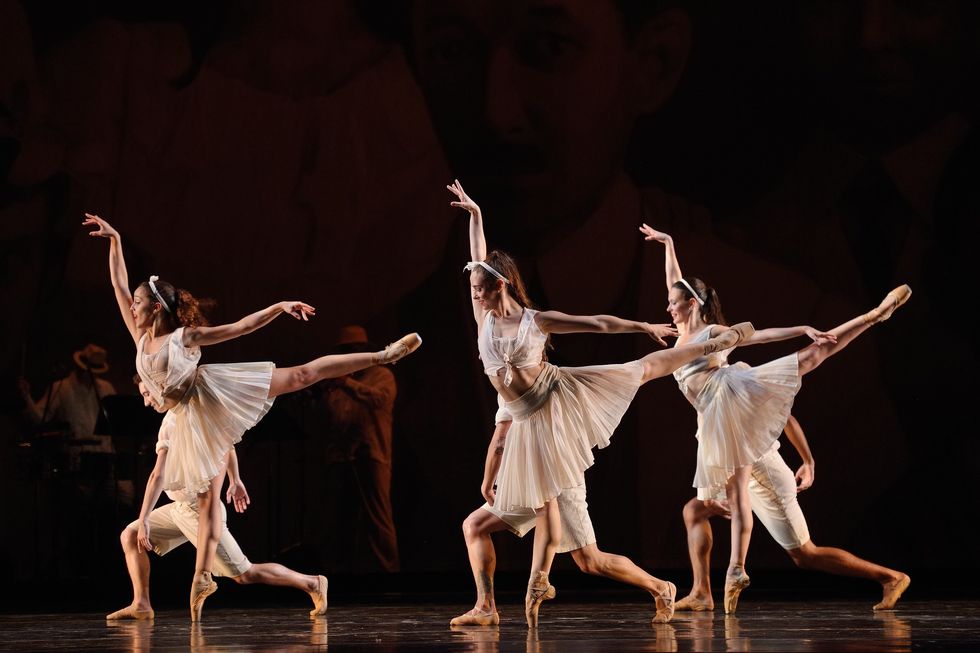 Basden, who taught Arpino's frequently off-kilter, grounded, sensual style to Dimensions dancers, is elated this vital young company is bringing the ballet back to its New York City roots. (Shelton, general manager of the Joffrey before moving to the Joyce, is also pleased.)

"It's a New York ballet, and Joffrey was a New York company when it was created," said Basden. "Light Rain… signifies that independence and freedom the company spoke of at that time. It may open people's eyes as to why the Joffrey was exciting in its day, and such an important part of the New York scene."

Though Kronenberg and Guerra performed several times in New York as leading dancers with MCB, presenting their own company feels very different.

"It gives us this sense of validation," says Kronenberg. "We're still struggling to run this thing. Now we can't say it's too much for us—it's something we've created and people are counting on us."

Everyone is thrilled about the tour. But the Cuban dancers, recent arrivals when they joined Dimensions, are over the moon—making this doubly emotional for Guerra, whom MCB founding artistic director Edward Villella took in when Guerra came to Miami in 2001. 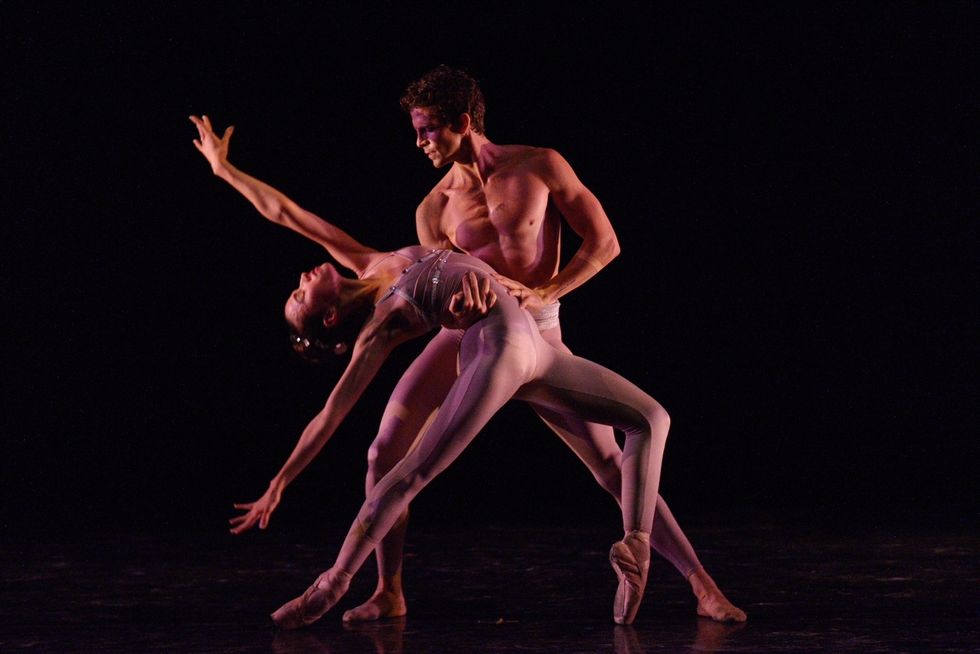 "It brings back memories of how I always wanted to dance in the U.S. and Edward gave me this beautiful opportunity," said Guerra. "I'm very fortunate that we are able to do this for other people."

Though a $150,000 grant from the John S. and James L. Knight Foundation has stabilized Dimensions' finances, Kronenberg and Guerra have hustled to raise $20,000 to pay for this tour (they are not receiving artist fees or travel expenses). They've done a crowdfunding campaign and outside paid gigs, paid for some flights and used frequent flyer miles for others. Dancers will save on meals by using the microwaves in their hotel rooms, and take a bus to the Pillow.

But there's a happy team spirit to the effort. Some Miami supporters are flying up for the Joyce show. The enthusiasm helps as Dimensions confronts the intimidating prospect of the sophisticated audiences at these storied dance venues.

"They've seen it all, especially New York," says Kronenberg. "All we can do is show them who we are and have a great time, and give them a great time and make them leave the theater joyful."