Period Problems: 4 Pointers for Dancers to Get Through That Time of the Month

Monthly periods can be a huge hassle for anyone. But donning a leotard and tights or getting through a tough barre when you're having your period can make it even harder to deal with. Dr. Lauren Streicher, clinical associate professor of obstetrics and gynecology at Northwestern University, offers these tips for bunheads to ease pain and symptoms.

A family of chemicals produced in our bodies called prostaglandins are partially responsible for the pain and cramping that often accompany your period. According to Streicher, taking an over-the-counter non-steroidal anti-inflammatory drug (NSAID), such as ibuprofen or naproxen, specifically reduces the production of prostaglandins in the body, making it a practical choice for period pain.

For more effective relief, Streicher recommends starting the NSAID a couple days before your period starts, which can even help decrease the amount of bleeding.

"Don't underestimate the power of a heating pad placed on the lower belly while cramping," Streicher says.

She also recommends disposable, stick-on heating pads (available at most drugstores) that can be worn under your leotard or costume.

On heavy days, Streicher suggests doubling up: Wear a tampon and a thong panty liner in your leotard for additional, unbulky protection.

Then, layer your tights over your leotard, or, if your studio allows it, wear dark-colored, fitted shorts. Either option may make you feel more comfortable and will help the liner stay in place.

When to See a Doctor 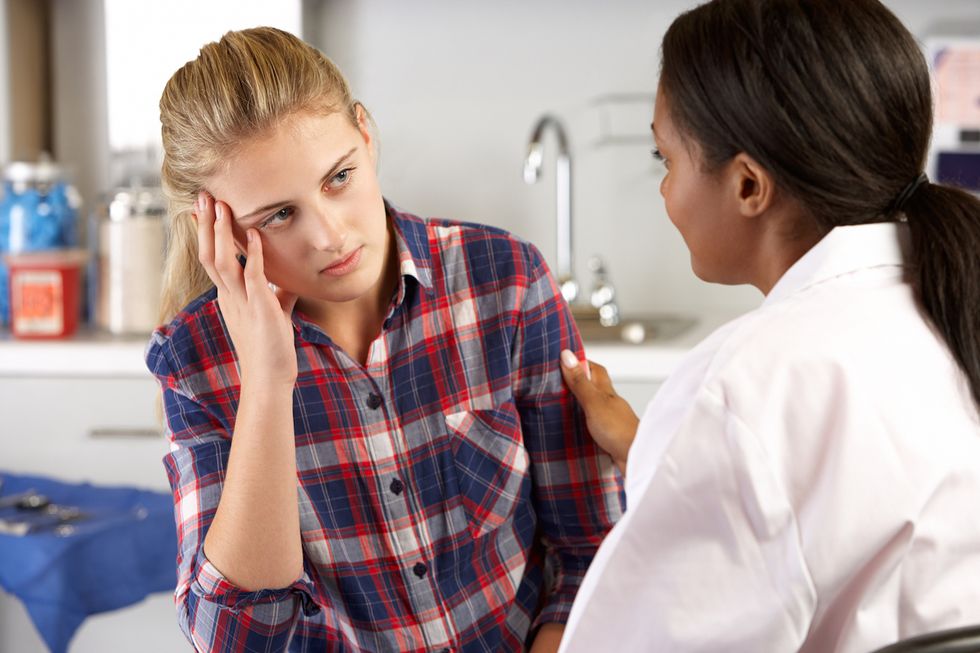 If your period is getting in the way of your dancing or causing pain that cannot be relieved with over-the-counter medication, don't hesitate to visit your doctor or gynecologist to see if something more serious is going on. They may prescribe you birth control specifically for period management. Streicher stresses that it's safe for preteens and teens, and can be effective at reducing cramps, bloating and heavy bleeding.