"I Thrive Off Growth": Why Crystal Serrano Left a Comfortable Soloist Position to Join Dance Theatre of Harlem

Crystal Serrano never envisioned someday joining Dance Theatre of Harlem, the company founded by Arthur Mitchell to show the beauty and uplift of classical ballet on dancers of all colors. Her career began with Sacramento Ballet, which she joined after one year in Pacific Northwest Ballet School's Professional Division, but her time there was cut short by illness. After recovering, she felt so worn down that she left dancing behind and enrolled at the University of Washington. But she soon realized she'd made a mistake. "I thought, what am I doing?" she recalls. "I had to dance." With a fresh perspective and renewed determination, Serrano took an apprenticeship with Oregon Ballet Theatre before landing a job with Ballet San Antonio, where she soon rose to soloist.

Her soloist experience has served her well since joining DTH in 2017, where she's quickly taken on leading roles. Now in her second season with the company, Serrano is part of a new generation of dancers entrusted with bringing the historic company forward without losing its past. "The first thing that struck me about Crystal was her intelligence, calm and analytical approach. She was just wonderful at stepping into an unfamiliar style," says DTH artistic director Virginia Johnson. "Crystal has all the technique of our modern era, but it's the way she approaches the work— she's present and has something to say." We caught up with Serrano as the company wraps up its 50th anniversary tour to talk about her journey to DTH, her experience working with Mitchell before his death and how she stays inspired. 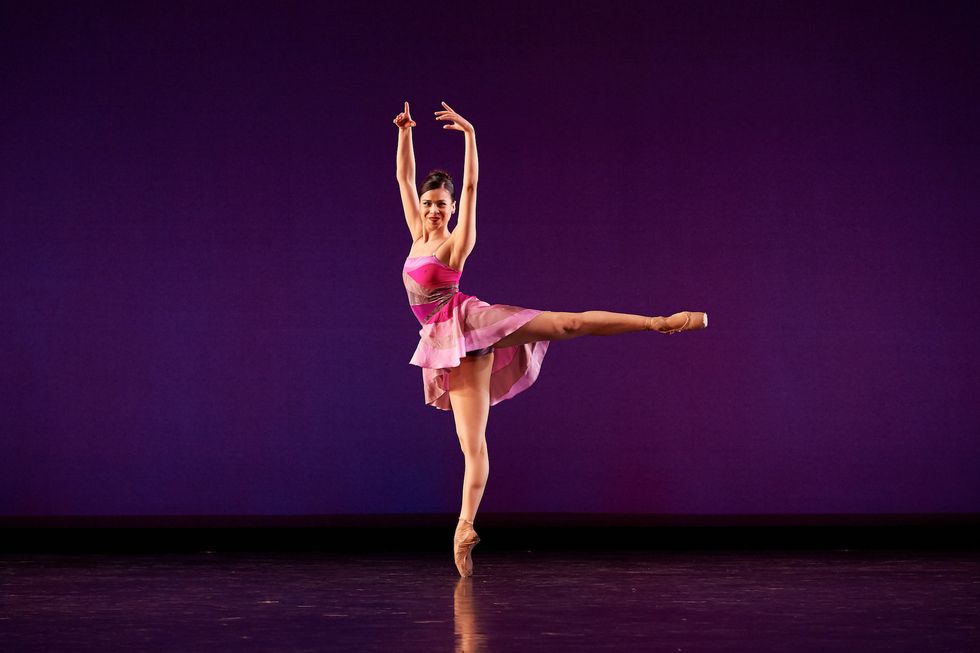 Serrano in Harlem On My Mind. Rachel Neville, Courtesy DTH.

Why did you want to join DTH?

I was in Ballet San Antonio for five or six years and had gotten really comfortable there. I really believed in the company. We worked with some wonderful people and I was getting a lot of opportunity. So I stayed, but then about two years ago my friend Jordan Kindell, who was in DTH at the time, emailed me and said, "You have to audition for DTH." He just knew I needed to leave San Antonio for something bigger— not better, because San Antonio is a great company— but he just kept telling me I'd be perfect for DTH. I thought there was no way I'd get in— it's New York City, no way!— but I sent my stuff and they called and asked if I could come audition in person.

Dance Theatre of Harlem on Instagram: “The The New York Times released this wonderful video featuring company artists Da’Von Doane and Crystal Serrano! Check it out! We are so…”

It was nerve-wracking! I had a private audition with Virginia Johnson. It was three hours, and thankfully she had to go on a trip or it would have been longer! I had to learn three or four pieces of rep and she'd say, "Okay, let me see it this way, or this way." She knew what she wanted, which actually helped my confidence because I work a lot better when I know what someone is looking for. She also likes to get to know the dancers as people, because in a touring company you really want people who mesh well together. She and the ballet master were very encouraging and warm, and kind of made it obvious they were interested.

How did it feel to arrive in NYC for your first season?

There aren't that many dancers in the company, which was nice, but also kind of intimidating because they were already a tight group. I'd been a soloist and done principal roles in San Antonio, but I'm not the type to expect certain things, even if I've danced them before. But coming in, they had me do leading roles right away. It blew my mind. It was a great year—especially dancing Balanchine's Valse Fantasie and This Bitter Earth by Christopher Wheeldon. Everything was new to me. We do recycle a lot of rep because of touring so much, but we also do new rep. So you just have to be able to pull it out of your pocket. 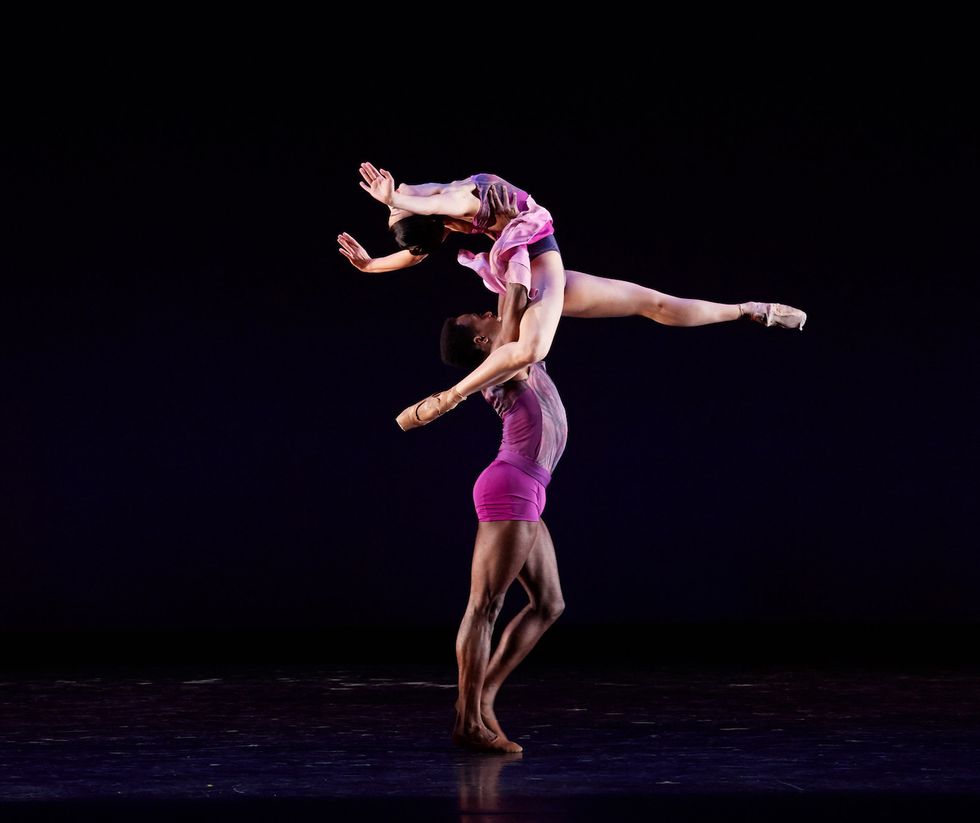 This is DTH's 50th season—but only your second! How does it feel to be a part of this company as it reflects on and honors its past?

I feel a lot of responsibility, especially this year. It's not just any company— it's the company that Arthur Mitchell created. We've worked with a lot of alumni, which is inspiring. Their passion about being a part of DTH puts everything in perspective for me. It's not just about dancing, it's carrying on a legacy.

I actually got to work with Mr. Mitchell himself just before he passed, on a piece called Tones II. He was very ill, but you could feel his energy. He was definitely himself—he'd say exactly what he was thinking, there was no filter with him! That could scare a lot of people, but I really liked how direct he was because I didn't have to guess if I was doing what he wanted or if I was doing the step right. And if you didn't get it, he would say it in a different way that really stuck, even if it was more direct.

One thing he said that really resonated with me was, "Hold yourself, walk into the room like you are somebody. Stand like you are someone. Because that's what's interesting." And, most of all when you're performing, "Take it all the way home."

Has anyone been particularly inspiring or motivating to work with?

Honestly, it's Arthur Mitchell and Virginia Johnson. Because his mission was to open up opportunity for other people, and hers has been to continue that. She doesn't want to get stuck in the old days or be limited to anything. I want to experience as much from dance as I can. I've moved around in my career a lot already, and I thrive off growth—different types of music, choreography, dance, even cities to perform in...that's what I want out of my dancing life.

crystal serrano dance theatre of harlem arthur mitchell virginia johnson
If you like us online, you'll love us in print!
Instagram
Pointe Magazine