How do you make a leotard line stand out when there are so many options? Erica Sabatini, a former soloist with Carolina Ballet, makes it look easy with her pairing of architectural designs and bright colors. Before officially launching Côté Cour in 2015, Sabatini's interest in fashion was sparked during her Balanchine-based training at the Miami City Ballet School. 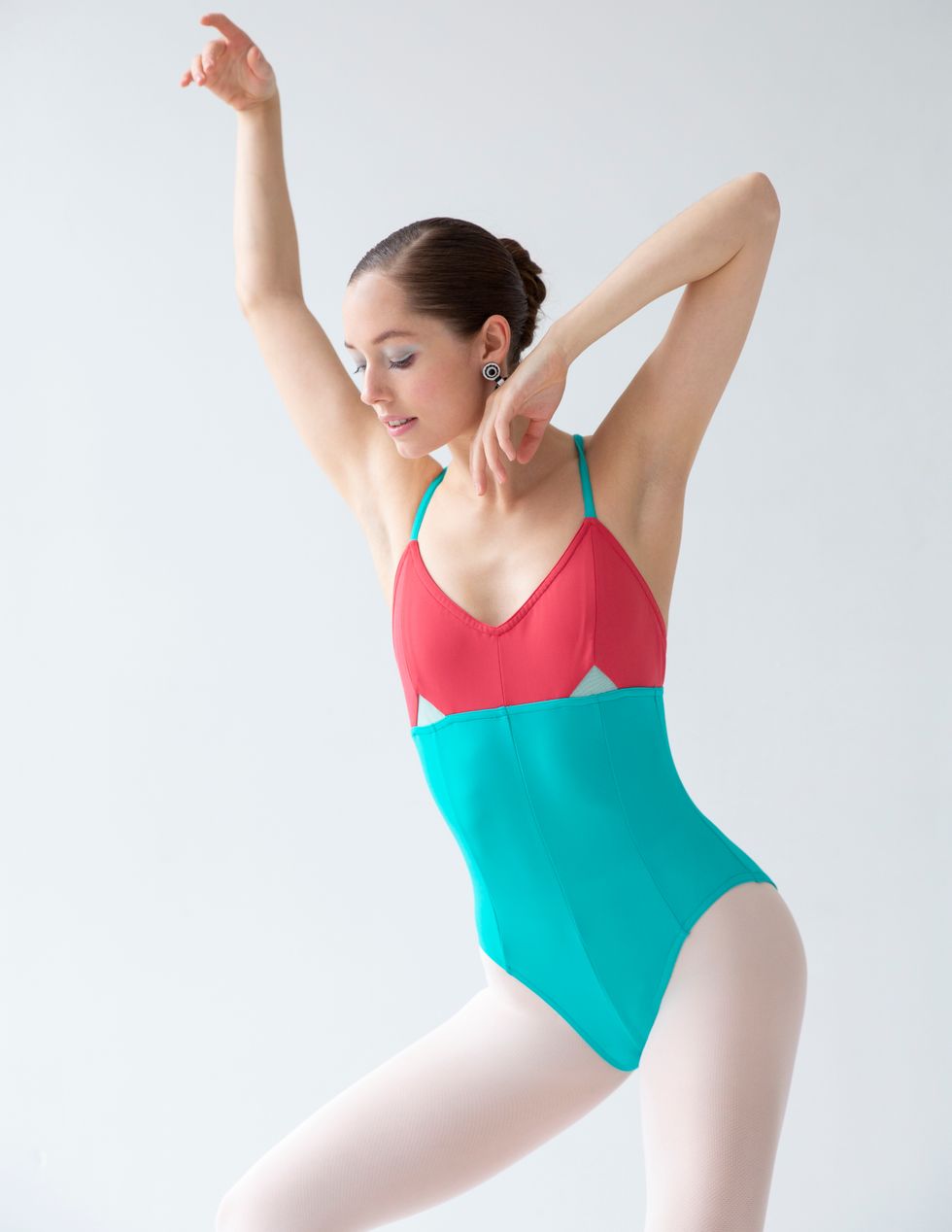 "I fell head over heels for the architecture and color palette of the Art Deco influence that is so prevalent in South Beach," Sabatini says. "The neo-classical Balanchine sass became synonymous with the eclectic rhythm of South Beach, and I began to dream up leotard designs that captured the contrasts and complements between the two."

As a result, Sabatini's fashion choices always stood out in class—often trading in traditional dancewear for her mother's old statement pieces, which included 80s high-cut, Japanese-inspired bodysuits and colorful Emilio Pucci printed leggings and hair scarves. "I would live-stream the Marc Jacobs show during New York Fashion Week before heading to the barre," she says on knowing that her post-ballet career would involve fashion. 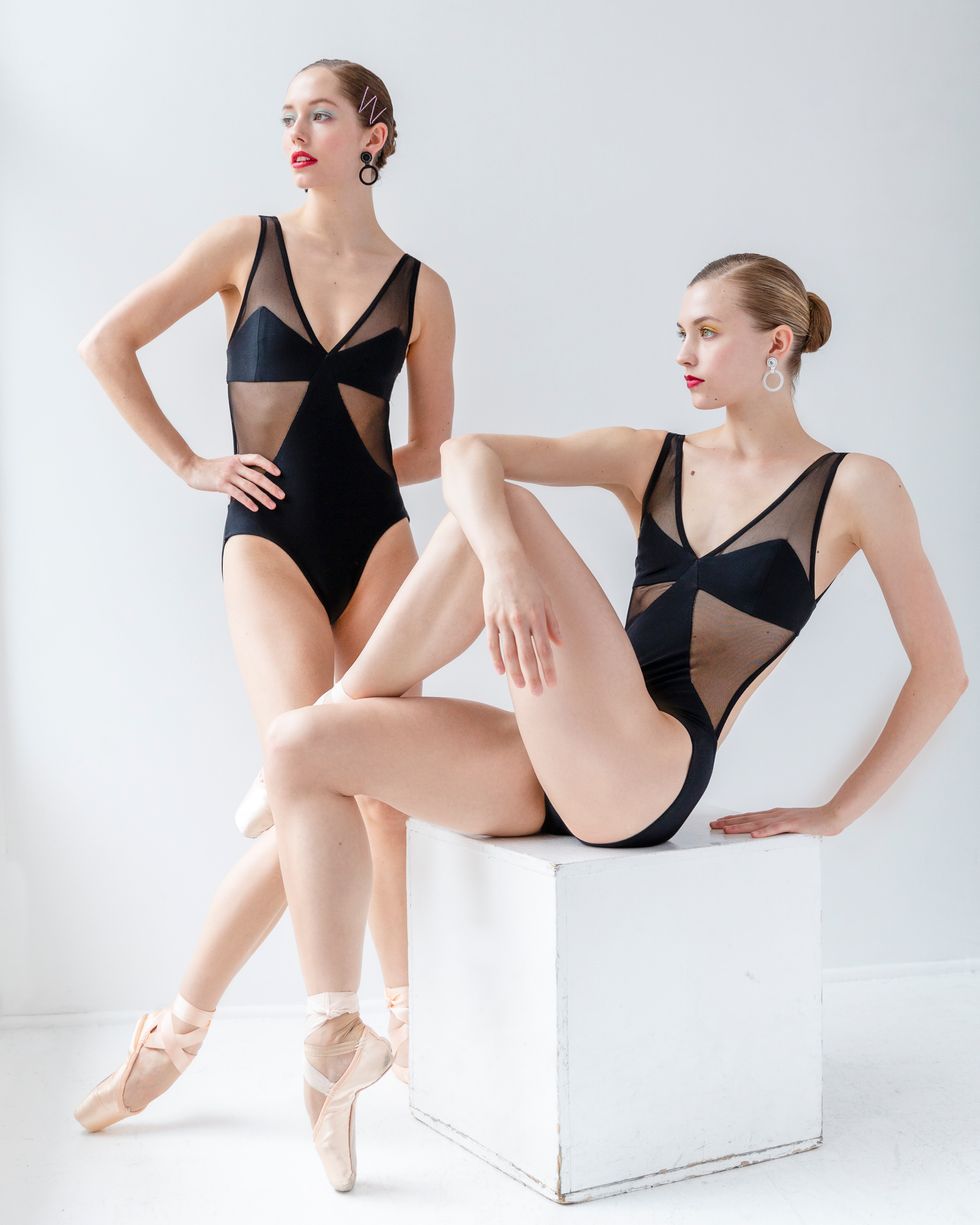 Phelan and Miller in POETTO Classic. Photo by Erin Baiano.

After internships with former dancewear brand LOLA Stretch and fashion labels like Veronica Beard and Elizabeth & James, Sabatini switched to the fashion industry once she retired from Carolina Ballet and moved to New York City in 2014. Creating Côté Cour just a year later, Sabatini's detailed designs are all handmade in NYC by CFDA manufacturers.

For her latest Côté Cour launches (available now on her site), Sabatini brought together a crew of former and current ballerinas to bring her vision to life. "I wanted to collaborate with dancers because it's a language that no one else can truly speak," Sabatini explains. "It was also important for me to work with a group of females looking to do something outside of the box within the dance community." 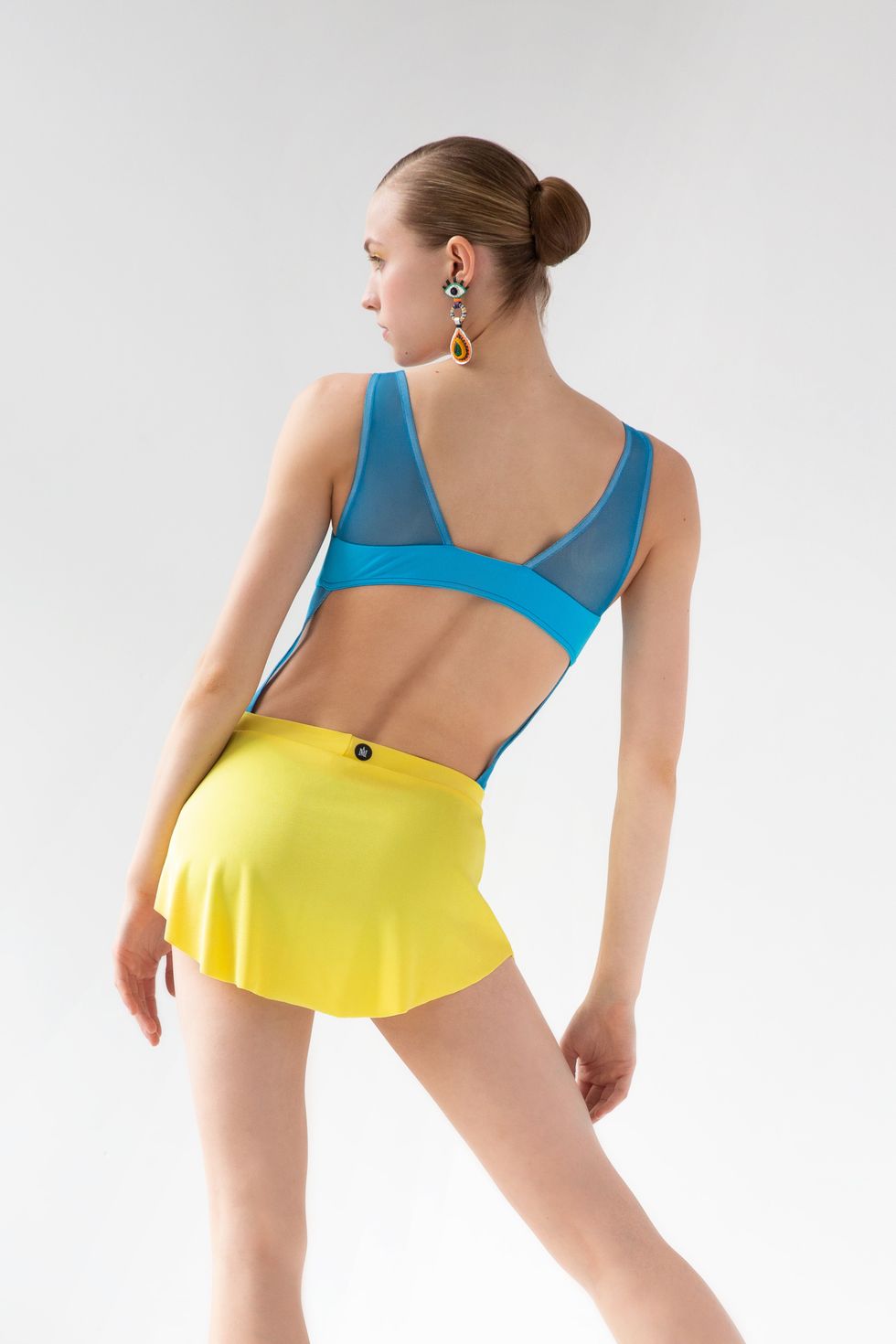 For her Balanchine turned high-fashion shoot, Sabatini immediately knew she wanted to work with photographer and former American Ballet Theatre dancer Erin Baiano. "She's not only photographed top fashion shows (including Delpozo, which inspired the shoot), but she shares in my understanding of the delicate balance between the art of ballet and the commerce of fashion," Sabatini says. She also teamed up with fellow dancer-designer Abigail Mentzer, together creating Jaune, a new slinky skirt exclusive to Côté Cour's site.

To model her designs, Sabatini had her eye on two New York City Ballet dancers, corps member Miriam Miller and soloist Unity Phelan. "I'm shorter, so I never had the opportunity to dance some of the stronger female roles that Balanchine designated for his tall girls. I knew I wanted to work with a tall dancer for this photoshoot, and I immediately remembered seeing Miriam on stage and thinking, 'Who is that?' I was equally floored by Unity," Sabatini says before adding that it all comes back to her original inspiration: Balanchine. "Both girls are absolutely stunning, but more importantly, they both embody the Balanchine movement quality I'm so attracted to." 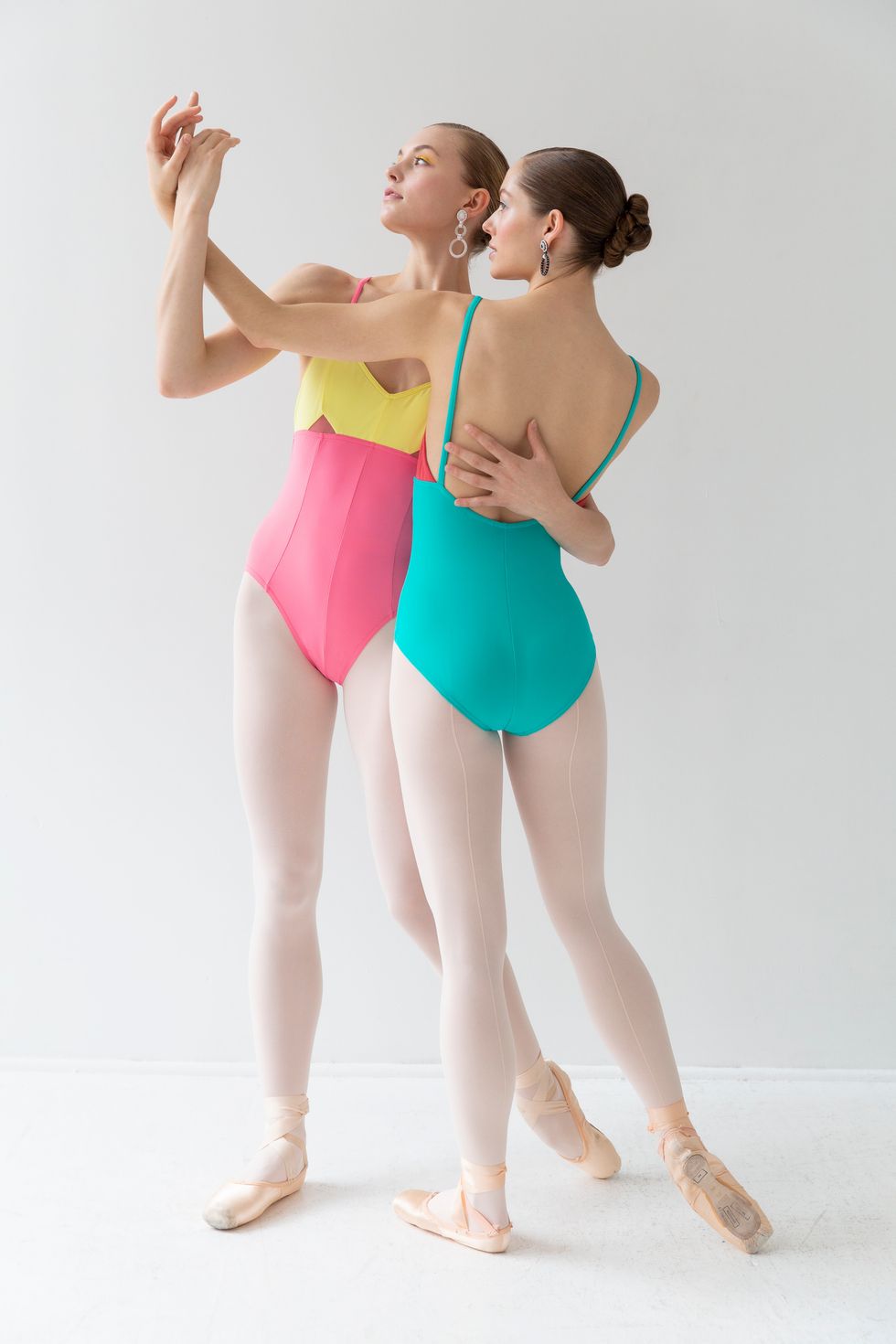