The 2020 Prix de Lausanne has officially come to a close after a thrilling week of classes, coaching sessions, competition performances and networking forums. The annual competition, which was live streamed around the world and watched over 1.1 million times, gave 77 dancers an opportunity to perform and take class in front of an international panel of judges. In addition to a classical variation, candidates had to master a contemporary solo by Mauro Bigonzetti, Jean-Christophe Maillot, Cathy Marston, Wayne McGregor, Heinz Spoerli or Richard Wherlock.

Twenty-one dancers advanced to Saturday's finals (click here to watch them in full), where eight were awarded a scholarship to a Prix de Lausanne partner school or company of their choice. One finalist from the United States, Ava Arbuckle, was among the winners. The Prix also presented five other additional awards, and all finalists who did not receive a scholarship received the Finalist Award for the sum of 1000 Swiss Francs. Read on for the list of prize winners, and congratulations to all!

Italian dancer Marco Masciari, who also won the Prix's Contemporary Prize, is a 17-year-old student at the Academie Princess Grace in Monaco. Not only is he a beautiful dancer, he's also a big-hearted: In his acceptance speech, Masciari dedicated his prize to his Academie Princess Grace classmate and fellow Prix de Lausanne candidate, Katomi Yamada. She had broken her toe the day before the semi-finals and was not able to finish the competition. "God knows how much she has been working and wanted to perform. So, Kotomi, that's for us," Masciari said, pointing to his medal.

Ava Arbuckle trains at Elite Classical Coaching in Frisco, Texas, directed by Catherine Livengood Lewellen. She not only won a scholarship to a Prix de Lausanne partner school, but she also received the Best Young Talent prize. While only 15, Arbuckle has amassed an impressive resumé, including second place in the junior category at Youth America Grand Prix's 2019 New York Finals and two gold medals (in both the classical and contemporary junior categories) at the 2019 American Dance Competition. She was also named Grishko's 2019 Model Search winner. We can't wait to see where she ends up!

Seventeen-year-old João Vitor Santana is one of two finalists who train at Brazil's Itego em Artes Basilieu França. According to the publication RFi, he has only been taking ballet since age 13. Watching his classical variation from Paquita above, it's obvious that those have been four years well spent!

Lin Zhang, 17, trains at the Secondary School of Beijing Dance Academy in China. (Her classmate, Yuyan Wang, also made the Prix de Lausanne finals). She performed the Giselle Act I variation and Mauro Bigonzetti's Solo de Rossini Cards for her contemporary selection. Zhang was also a semi-finalist at the 2020 YAGP China and has been invited to participate in the New York City Finals in April.

Chaeyeon Kang attends the Yewon School in Seoul, South Korea, the same school that produced Washington Ballet's EunWon Lee. Kang is only 15, yet she performed her Paquita variation with polished precision, clean pirouettes and buoyant jumps, showing confidence beyond her years,

A native of Brazil, Augusto Vitor Vaz, 15, also trains at Itego em Atres Basileu França. According to the publication RFi, he gave up judo lessons for ballet at age nine after his instructor told him he had more of a dancer's physique. "My mother said, if this is what you want in your life, this is what you'll have," he told RFi.

Seventeen-year-old Yuyan Wang more than impressed the judges. In addition to winning a scholarship, the Beijing Dance Academy student was awarded the Web Audience Favorite Prize, given to the dancer who received the most votes from those watching the finals via live stream. Watching her Gamzatti variation above, it's easy to see why! 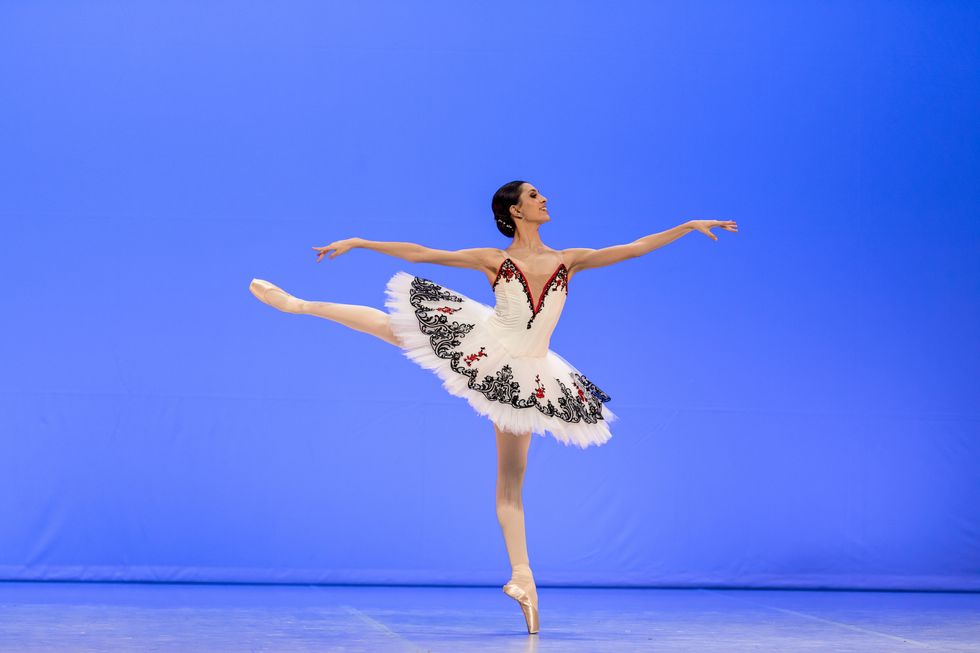