The Kennedy Center's Ballet Across America festival (May 28–June 2) is celebrating women leadership and creativity this year, kicking off with three evenings of performances by Dance Theatre of Harlem. (Miami City Ballet joins them in a shared program on May 31, followed by their own performances.) Led by artistic director Virginia Johnson and executive director Anna Glass, DTH is a natural programming choice; so is bringing choreographer Claudia Schreier's new ballet for the company, Passage, which has an all-female creative team. The work premiered earlier this month in Norfolk, Virginia, and was originally commissioned by the 2019 Commemoration, American Evolution and the Virginia Arts Festival, which honored the 400th anniversary of the first Africans to English North America. The overarching theme of the ballet celebrates the fortitude of the human spirit and the enduring will to prevail, which is apropos given that this is the 50th anniversary of a company that has seen much tribulation and triumph.

Claudia Schreier on Instagram: “PASSAGE premieres tonight with @dancetheatreofharlem! I wish to thank to our giant community of collaborators and advocates — in particular…”

Passage shares the program with three older DTH ballets: Balanchine's Valse Fantaisie, Geoffrey Holder's Dougla and Dianne McIntyre's 2016 work Change. Schreier started working with the company last summer, shortly before the passing of founder Arthur Mitchell; hers was the first rehearsal at DTH after his loss. "Just walking through a hallowed hall… to see the studio that was the launching point for so many historical works brings a sense of gravitas to every thing," Schreier remarks. "It's an enormous responsibility to carry the knowledge that you, with the dancers, are carrying that legacy forward." 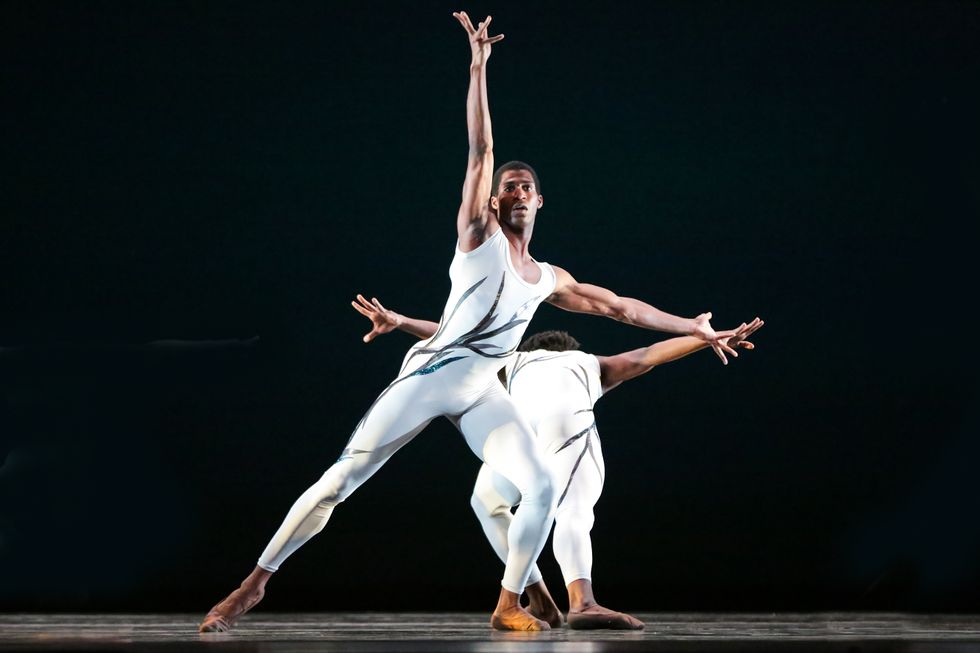 Johnson brought Schreier and Passage's composer, Jessie Montgomery, together. Montgomery's score is her first for a ballet, and a perfect match for Schreier. "Jessie has this beautiful, fluid, emotional style that she has brought to this piece," Schreier says of the young composer, who is also the founder of Catalyst Quartet.

Dance Theatre of Harlem on Instagram: “After only a week and a half in the studio, this Thursday at DTH will give you an early look at the new work being created by Princess…”

Passage is a ballet swaddled in femininity, from Johnson and Glass to the all-female creative team, three of whom—Schreier, Montgomery and conductor Tania Leon—are of color. They are joined by costume designer Martha Chamberlain and lighting designer Nicole Pearce. Passage celebrates the fortitude and endurance required to create a legacy while giving us a glimpse of the future for DTH, for women and for ballet itself.

Related Articles Around the Web
dance theatre of harlem claudia schreier jessie montgomery ballet across america kennedy center
If you like us online, you'll love us in print!
Instagram
Pointe Magazine