From Studio to Stage: The Joffrey Ballet Puts Its Stamp on Christopher Wheeldon's "Swan Lake"

The Joffrey Ballet has presented many narrative ballets during its 58-year history. But until last October, it had never waded into the waters of that quintessential test for any classical ballet company, Swan Lake.

So when artistic director Ashley Wheater decided the time was ripe to meet this challenge, he wanted something special. He felt the ideal version of the work was one he had seen a decade earlier—Christopher Wheeldon's reimagining of Swan Lake, created for the Pennsylvania Ballet in 2004.

“The choreography is fresh, and Chris did a wonderful job of telling a difficult story for what is the most challenging ballet in the classical repertoire," says Wheater. “It takes time to nurture the correct technique and style. The Joffrey dancers have been working very hard, and I felt the company was ready to tackle it."

Recalling his first conversation with Pennsylvania Ballet about doing Swan Lake, Wheeldon says, “I was keen on finding a way to remain faithful to the Ivanov-Petipa original, but at the same time resetting it—the way you might take an old family jewel and put it into a more contemporary setting. There just happened to be a wonderful exhibition of Degas' work in Philadelphia at the same time. I went to see it, and that became the source of my inspiration." 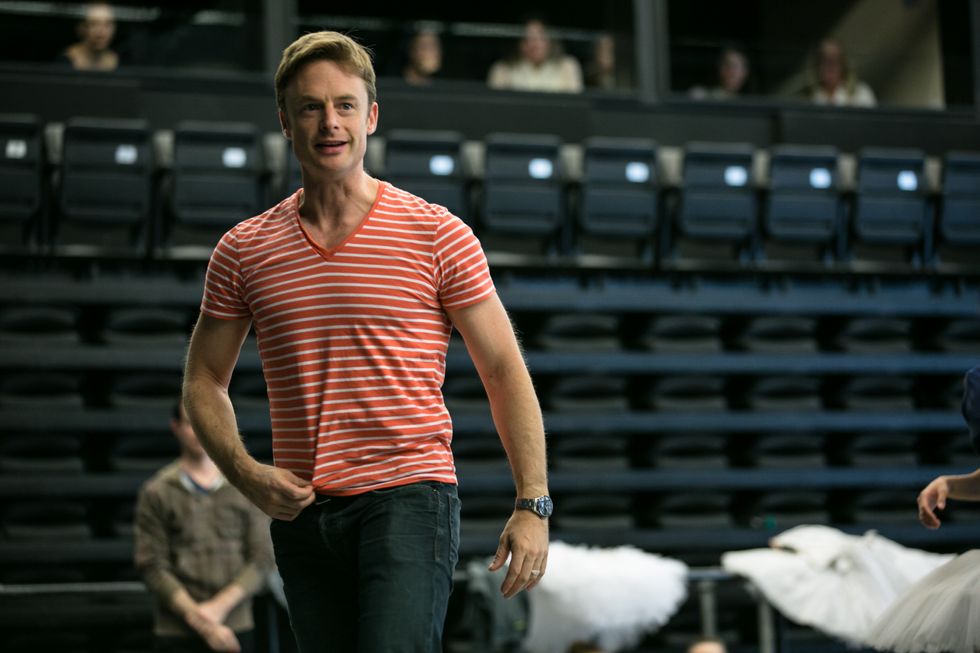 Wheeldon at the Joffrey Studios.

Wheeldon's version unfolds in the late 19th century as the Paris Opéra Ballet is rehearsing Swan Lake. And, as in Degas' paintings, a great deal is going on backstage. The evil Von Rothbart, who holds women/swans under his spell, now arrives in the form of a wealthy patron of the ballet who has his eye on a particular dancer he intends to make his mistress. And he becomes the rival of the dancer performing Prince Siegfried for whom reality and fantasy begin to collide.

The Joffrey dancers, who also are gifted actors, seemed relaxed during Wheeldon's final visit to watch rehearsal. But by the time they were done they were drenched in sweat and exhausted. “It's a killer," confessed Dylan Gutierrez, the opening-night Siegfried. “But it's fun."