Why Christopher Hampson's Scottish Ballet Beefed Up Its Classical Technique

Unassuming audience members were in for a shock when 12 male dancers from Scottish Ballet performed Angelin Preljocaj's MC 14/22 (Ceci est mon corps) at the 2016 Edinburgh International Festival. The work explores virility and violence through a series of biblical allusions. Striking in its harshness and punishing physicality, it at times seemed almost cruel to inflict upon the dancers, who performed with a vicious beauty. But artistic director Christopher Hampson chose the contemporary piece for its thought-provoking, emotional impact. As the Scottish Ballet's repertoire keeps growing, Hampson continues to challenge the typical notions of ballet.

He established himself as a dancer and then as a choreographer for the English National Ballet, subsequently choreographing for Royal New Zealand Ballet, Atlanta Ballet and The Royal Ballet. In 2012, the Manchester native became the artistic director of Scotland's national dance company, in Glasgow, and incorporated the position of chief executive director in 2015.

Hampson's five-year plan focused on expanding the ballet's repertoire. The previous artistic director, Ashley Page, had developed a strong rep but one that centered primarily on neoclassical ballet. Hampson knew that he'd have to begin pushing boundaries. “I wanted to make sure that we were working with the best creative voices so that our repertoire was growing in real time and not relying on buying lots of productions," says Hampson. He's introduced works by a range of dancemakers, like Crystal Pite, David Dawson, Christopher Bruce, Glen Tetley and Sir Kenneth MacMillan, as well as his own choreography for Hansel & Gretel and The Rite of Spring. 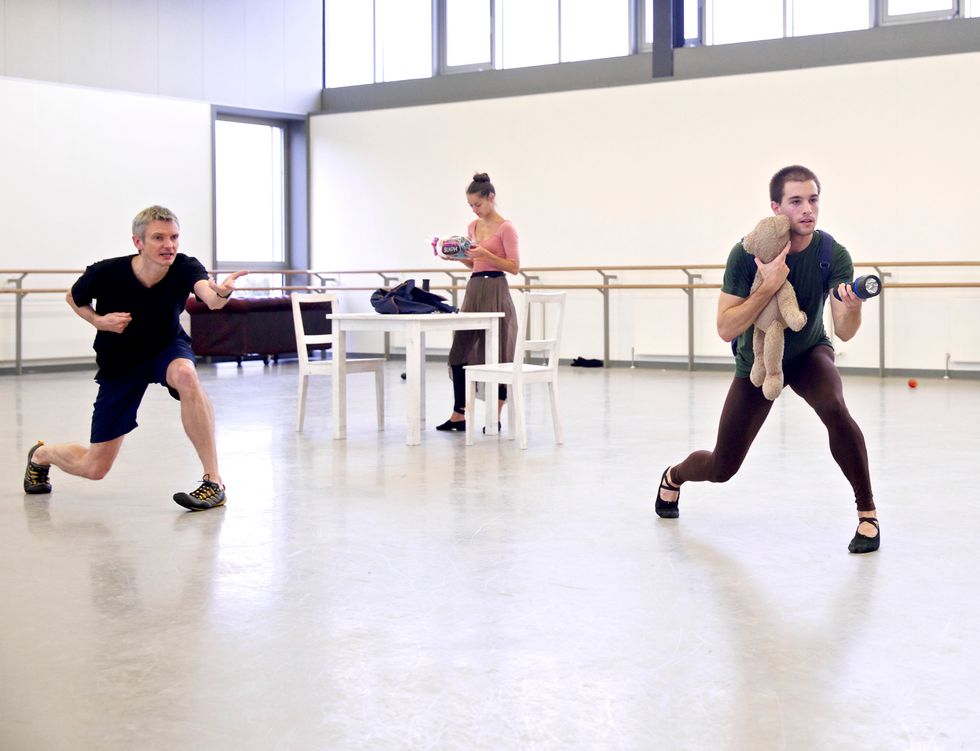 He confides that it took time for the company to fully trust him—something Hampson understood and respected. During his first year he added two test pieces: Hans van Manen's spirited, sharp Five Tangos, and Highland Fling, an offbeat version of La Sylphide by Matthew Bourne, who's made a career of reimagining the classics. With that, Scottish Ballet became the first company outside of Bourne's New Adventures to perform his work. “The deal was that he was able to work with us how he would work with his company. So he didn't have to fit into our mold, we fit into his," says Hampson. “Now I expect that of the company with every choreographer we work with."

In order to take on the broad repertoire, Hampson's dancers must have a high proficiency in classical ballet. “I look at dance as a language. Once you can speak classically, then you can speak other languages. That's the backdrop of the company; the clue's in the title."

Bethany Kingsley-Garner, a nine-year company member who was named principal last year, credits Hampson with bolstering the dancers' classical technique. “We're working a lot more technically, and everyone has boosted each other in that respect," she says. “The first year that Chris was with us, he watched how we moved and looked for our strong points rather than just throwing us in the deep end of something he wanted to do."

Hampson insists that his dancers be curious and fully in charge of their own careers: “I want them to contribute creativity. It's at the heart of everything we do." Kingsley-Garner adds personality and individuality to the list of Scottish Ballet dancer must-haves. “Chris would never want anyone to be a clone," she says.

The size of the company (36 dancers) and its rigorous mix of national and international touring (11 cities this year) contribute to its close-knit nature. “With that amount of people, there are opportunities for all," says Hampson. “I am very clear that if a choreographer comes in and wants to work with a first-year artist in a principal role and vice versa, that's what we're doing. There's no 'I'm a principal, I don't do that.' "

Scottish Ballet tours the U.S. every other year. This April, it will perform a triple bill in New York City, and Highland Fling in Minneapolis. In May, audiences in Berkeley and Los Angeles will be treated to Annabelle Lopez Ochoa's A Streetcar Named Desire, the 2012 award-winning production that boosted the company's international appeal.

Also in April, the Scottish Ballet will unveil Under the Skin, a monthlong online season. The performance series will present ballet projects solely intended for the digital format.

As the company spreads its technological wings, Hampson asks his dancers to look toward the future. He began the Dancers Education Group to train new teaching artists and encourages company members to continue their studies in fields outside of dance. “My generation had directors that said that if you are not dancing every minute of every day, you are not committed," says Hampson. “Now I know that when you've been away and had your head in a different space, you come back to the studio so much more motivated."

Length of contract: Varies on a dancer-to-dancer basis

“Dancers need to be open and adaptable, have very strong classical technique, curiosity about movement and a sense of autonomy," says Hampson of those aspiring to join the Scottish Ballet. The company does not hold open calls, but interested dancers can request to audition via company class.

Related Articles Around the Web
christopher hampson scottish ballet directors notes
If you like us online, you'll love us in print!
Instagram
Pointe Magazine