When Christopher Wheeldon's celebrated Alice's Adventures in Wonderland returns to National Ballet of Canada's stage this week, there will be one big change. First soloist Chelsy Meiss will dance the role of the quirky, tapping Mad Hatter, the first time ever that a female dancer has stepped into the part. "Chelsy is one the most versatile dancers in the company," says artistic director Karen Kain. "The Mad Hatter role is the perfect vehicle to showcase her acting ability, enthusiasm and tap dancing technique." For Wheeldon, this decision came at just the right time. "In the current climate, where the boundaries of gender in ballet are being explored, the option to have Chelsy as The Mad Hatter became a relevant discussion," he says.

We caught up with Meiss to hear all about what it feels like to take on this groundbreaking role.

When did you find out that you were going to be taking on the role of the Mad Hatter?

Towards the end of our Nutcracker season they usually put up the casting for the March season. I was upstairs in the dressing room getting ready for one of the Nutcracker shows, and my phone just started blowing up, I was getting all of these texts from dancers in the company saying that I was learning the Mad Hatter. I ran downstairs to the call board, and that's where I saw my name. It was a really nice surprise.

How does it feel to get back into tap?

I grew up tapping. My mum had her own dancing school in Melbourne, Australia, so I've been tapping since I was three and a half, well before I started ballet. I was doing jazz, tap, acro, all of that, and then when I was 15 I started training at the Australian Ballet School, and had to stop any other styles of dance. So from the age of 15 till now I've only really tapped here or there. The fun thing is it comes back to you rather quickly; of course you need to refine the beats and all that, but it stays in your body.

Are there other times that your tap experience has helped you in your ballet career?

I've always felt that growing up tapping has made me a more musical ballerina. I've noticed with certain choreographers that I find particularly musical, like Alexei Ratmansky, Justin Peck and James Kudelka, that I feel a kinship in understanding their musicality, and I think that comes down to the rhythm of tap. 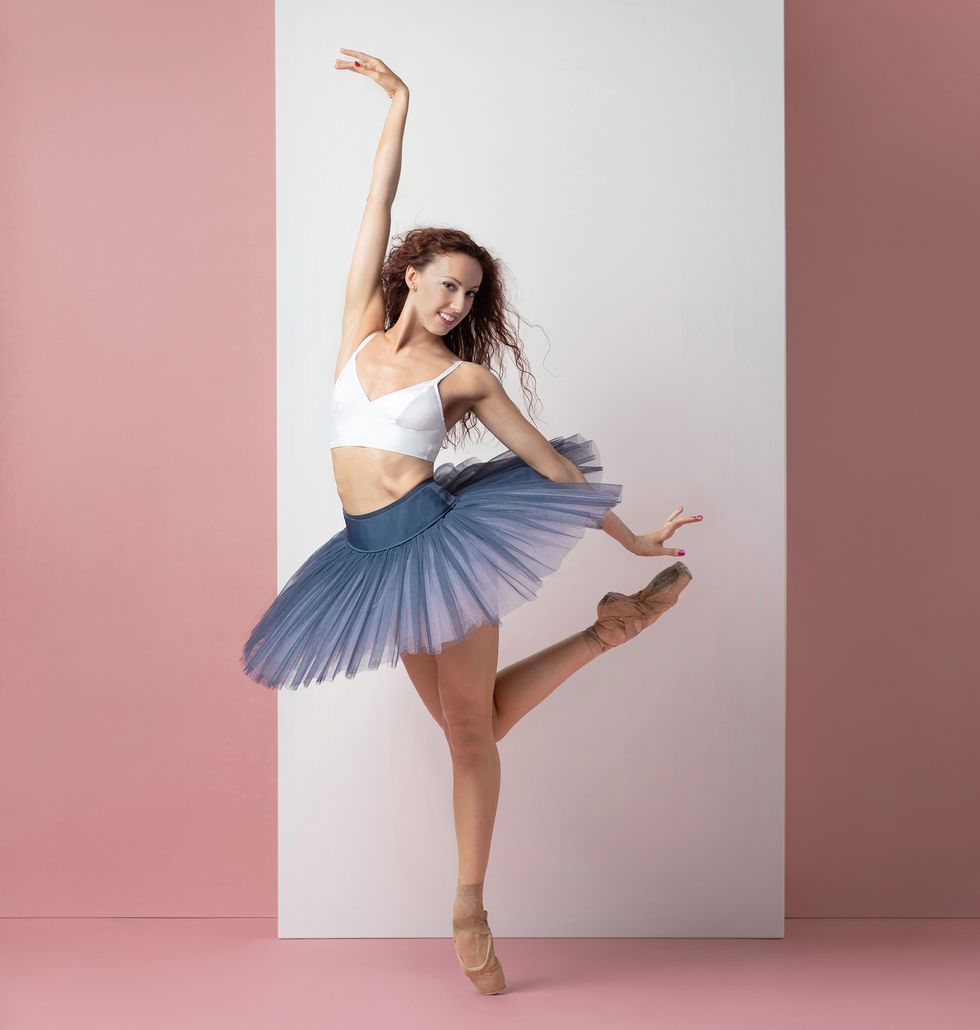 What other roles have you danced in Alice's Adventures in Wonderland?

While watching the ballet over all of these years, did you ever imagine that you'd be stepping into the Mad Hatter's shoes?

I remember when we first premiered Alice back in 2011, one of our ballet mistresses came around to the dancers asking if we had any experience tapping, and I said yes, but I just thought it's a guy's role, that's fine. Since then I've longed to do it, but I never thought it was possible. Historically in the dance world there are set gender roles, and sometimes there's no working around them and sometimes there is. But if there's flexibility, then why not?

Did they have to make any changes to the costume?

We're keeping the original design, so in the beginning I wear a mustache and in the second act a little goatee. But they altered a pair of pants to fit me specifically, and I'll share the jacket with one of the guys playing the Mad Hatter. We're not the same proportions by any means, but wardrobe has definitely gotten creative with adding certain hooks and pulling the costume in certain ways so it'll work for both of us.

What does it mean to you to take on this role?

It is a huge responsibility and I know that I need to rise to the occasion. I was given this opportunity because they see me as being able to demonstrate the role well enough for the public to see, so I need to deliver, to show that it's possible for men and women to have equal footing in the dance world. On a personal level, tapping is how I fell in love with dance, so I want to make my three year old self proud. And my performance is the day after International Women's Day, which adds an extra element.

Do you see more gender-bending casting in NBoC's future?

I think that is definitely coming next; this has kind of broken the ice. We recently performed Frederick Ashton's The Dream, and the donkey role is always danced by a man, but it is on pointe, so there's that interesting element. But the Mad Hatter is the first example where a role always done by men is now being done by a woman. I think this is the first of many.

What would you say to those who might be critical of this kind of gender swapping, particularly in such a classic story?

There could always be criticism to everything, but I'm just going to do my best, and prepare for the role the same way I would when I danced Juliet: by working really hard, listening to the music, staying focused, and staying true to the role and to Christopher Wheeldon's direction. And this is such a character role, it just has this magical extra element to it. The only thing to do is to prepare, and roll with whatever happens in the end.

Alice's Adventures in Wonderland runs March 7-17 at the Four Seasons Centre in Toronto.

Related Articles From Your Site
Related Articles Around the Web
national ballet of canada christopher wheeldon karein kain alice's adventures in wonderland gender chelsy meiss tap
If you like us online, you'll love us in print!
Instagram
Pointe Magazine