Our company's Nutcracker was choreographed by Sir Peter Wright, and it's very traditional. We usually only have two weeks to prepare after the end of the autumn season, so my partner and I start going over the grand pas de deux on our own time before rehearsals start. I like to do my own research through social media or by watching how other company dancers interpret the role, drawing from what I like best and trying to apply that to myself. I also video my rehearsals and later critique them, to try to get my performance up to another level.

In some versions, Clara dances the pas de deux in Act II, but in ours she is a different character. After "Waltz of the Flowers," Drosselmeyer shows her a doll in a pink tutu. Then Clara slips behind Drosselmeyer's cloak and disappears, so it looks like she's transformed into the Sugar Plum Fairy.

At the beginning of the pas de deux, everything is so quiet. The prince and I walk around the stage before it starts, and I use that as an opportunity to connect with the audience. They may not know the technical steps, so the most important thing is to express the character you're playing. In my interpretation, I like to think that I'm still Clara—I try to keep her sense of wonder and amazement, as well as her gratitude to Drosselmeyer for transforming her into this beautiful ballerina doll. 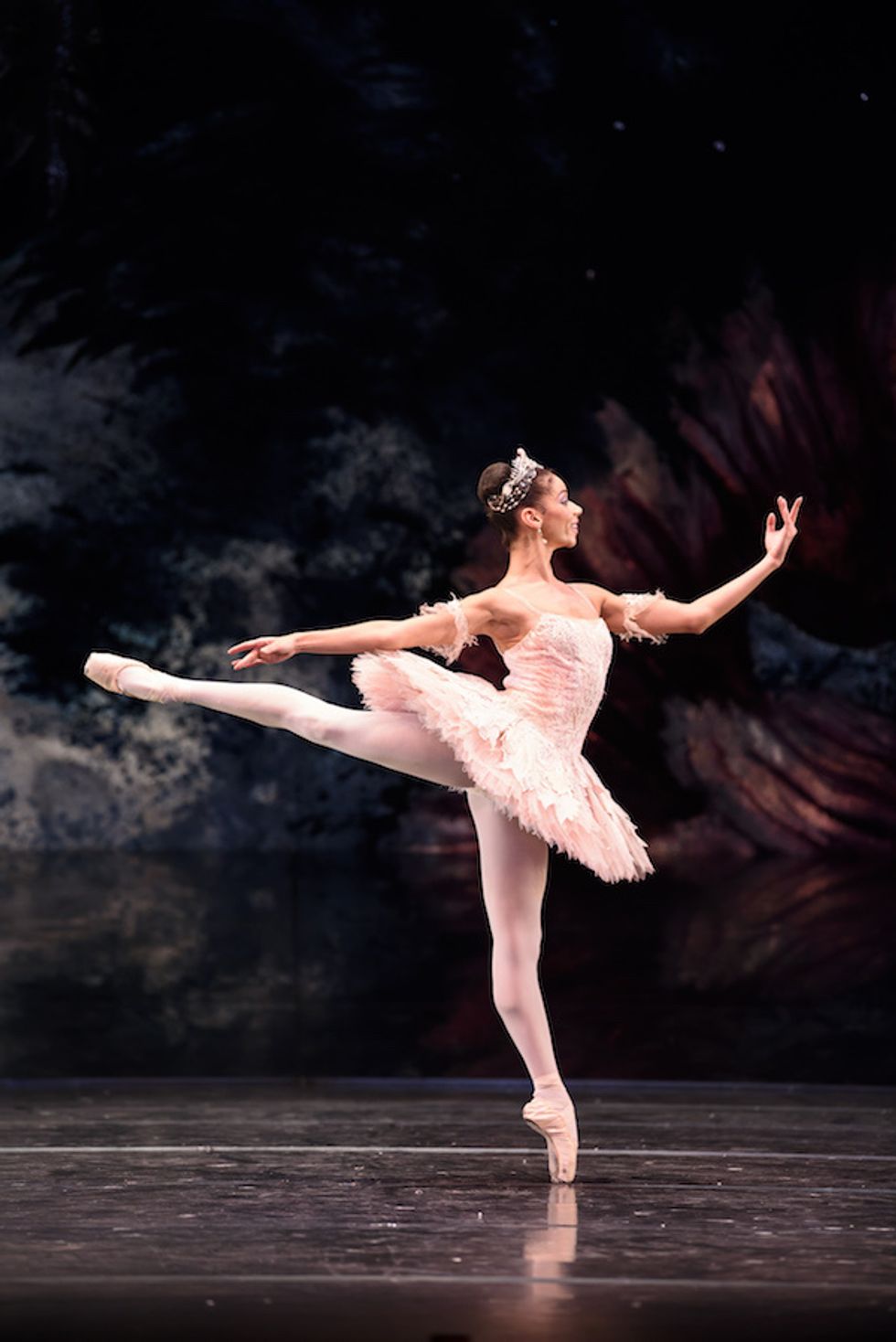 Gittens' pro tip: "In the studio, technique comes first. But once you have your first stage rehearsal, you need to transition your focus to the performance aspect and be very free." Photo by Bill Cooper, Courtesy Birmingham Royal Ballet.

The music can get quite powerful during the pas de deux, so I try to find a fine line between being delicate, classical and upright, yet also strong and in charge. I've been coached by Sir Peter Wright, and he always talks about moments of stillness, which are really important for the dynamics of a performance, especially in my solo—where you're playing with the music, but still on the music. It helps draw in the eye of the audience; otherwise, it's monotone. And he encourages me to really attack the steps.

After the performance, when I'm walking home, I'll see little girls dressed up in beautiful dresses and long tutus twirling outside the auditorium. It's really nice to see that we've inspired them, that we've taken them away to a world of magic and mystery and excitement. They leave with their hearts lifted.

Confused About Why Paris Opéra Dancers are On Strike? Here's the Gist.

When French President Emmanuel Macron proposed widespread pension reforms in December, the repercussions were felt almost immediately throughout France. In Paris, protests reverberated through the city. Metro trains halted, the Eiffel Tower was shut down, schools closed, and, at the Paris Opéra Ballet, dancers, singers, artisans and technicians went on strike.