Behind the Scenes of Cats: Francesca Hayward, Steven McRae and Robbie Fairchild Take Us Inside the Major Motion Picture

"I don't care how much you love it," Robbie Fairchild groans theatrically. "Who wants to take ballet at 6:30 in the morning?"

But for a span of roughly four months, that was part of the daily routine for the dancers appearing in Cats, Tom Hooper's new film adaptation of the iconic Andrew Lloyd Webber musical, which opens in theaters December 20. The cast boasts A-list talent pulled from the worlds of acting (Dame Judi Dench, Sir Ian McKellan), music (Jennifer Hudson, Taylor Swift) and dance—most prominently, Royal Ballet principal Francesca Hayward, who makes her big-screen debut as Victoria, one of the film's leading roles. Because she was expected to get right back into company rehearsals as soon as filming concluded, there was a ballet teacher and an accompanist on set every morning so Hayward, and castmates such as Fairchild (who plays Munkustrap) and Royal Ballet principal Steven McRae (who plays Skimbleshanks), could warm up and stay in shape. With 12-hour shoot days, 6:30 am was frequently the only time available for class.

Filming began in December 2018 and continued into the spring. "We had two or three months of rehearsal before we even started filming—singing classes and rehearsals, and we'd piece through scene-by-scene with the director and Andy," Hayward says. The "Andy" in question, of course, is none other than choreographer Andy Blankenbuehler, who also tackled the musical's 2016 Broadway revival. (He became involved with the film after Wayne McGregor, who had initially been tapped to choreograph, withdrew from the production.) 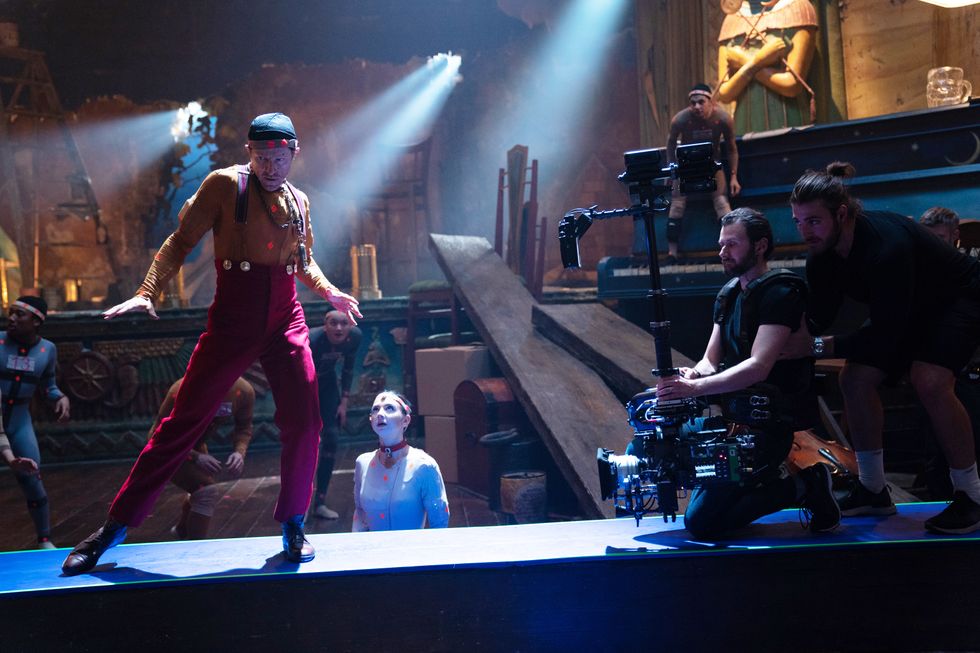 Steven McRae, wearing a motion-capture suit, on the set of Cats.

Cats was the first time any of the three had worked with the Tony Award–winning choreographer. "The first thing that struck me was his highly contagious energy and passion," says McRae, who's also a trained tap dancer. "He's very capable of amalgamating multiple dance styles." So McRae laced up his tap shoes, Fairchild brought the jazz-inflected technique he honed as a New York City Ballet principal, and Hayward, naturally, applied her classical chops to the balletic Victoria.

"I was involved in every single scene," Hayward says, "so there wasn't much rest for me." On an average day, she might leave her apartment at 4:45 am to arrive at the set, take her 6:30 am technique class, and spend 45 minutes to an hour in hair and makeup. After, she would get into her motion-capture suit, needed for adding computer-generated cat fur during postproduction. ("They felt like second skins," Fairchild says. "The only time it would feel weird was when your battery pack would get overheated, and you'd think, Oh, I hope this thing doesn't explode.") Then, vocal warm-ups—the cast sang live on camera—before finally setting up for the first take of the day between 9 and 10 am. From there, filming might go for 12 hours, only for the cast to head home, sleep and get up before dawn the next morning to do it all again. 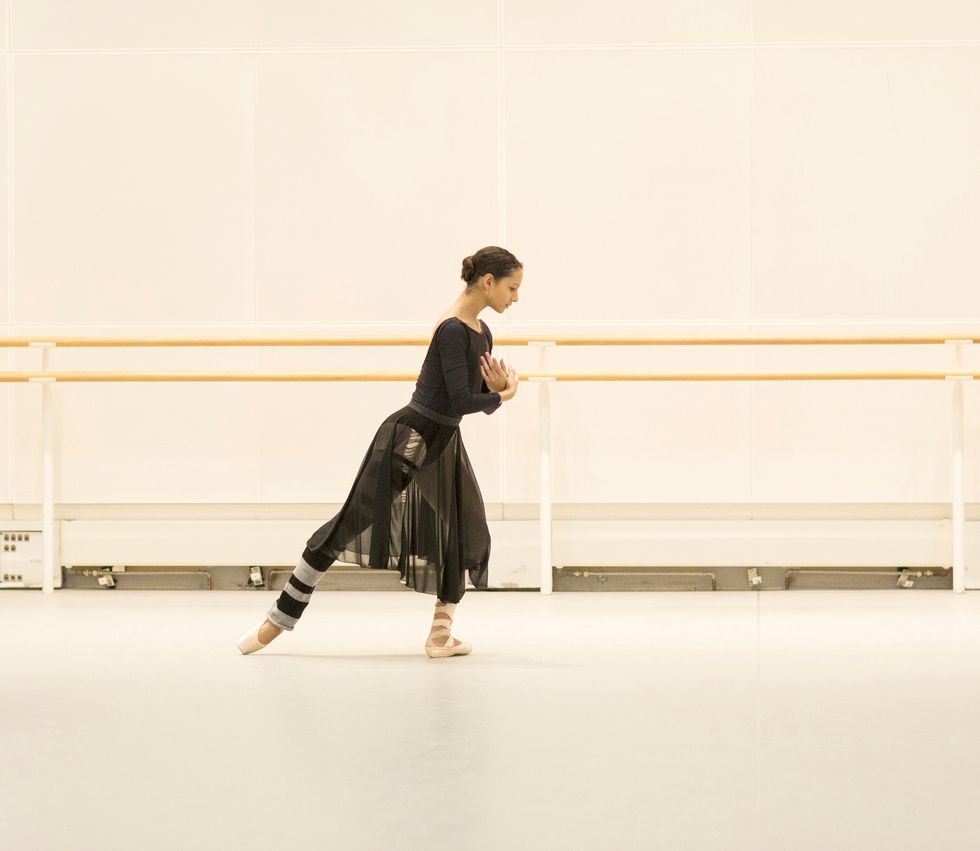 Francesca Hayward in rehearsal for Giselle at The Royal Ballet

"The biggest challenge was to tap and sing at the same time for hours on set," says McRae. "I'd never sung before. My vocal coach literally had to teach me how to speak without an Australian accent before we could even begin singing!"

Francesca Hayward as Victoria in Cats

Singing while dancing was old hat for Fairchild, who garnered a Tony nomination for An American in Paris while still at NYCB. (He's been branching into film work since leaving the company.) Hayward had far less experience with singing, but in the film she performs "Beautiful Ghosts," a brand-new song penned by Webber and Taylor Swift. The filming process itself was also quite new for her. "When you run a new ballet continuously from start to finish," she says, "it really helps you make sense of your story and your character. But when you're filming, you are doing it out of order; you might have filmed the scene after this one two months ago. So you have to think about your part in a different way. You have to know it so well before you start, so that it all makes sense when it comes together at the end."Luckily, the dancers had plenty of time to perfect their performances. "The joy of film is that you can reshoot something multiple times," McRae says. That repetition could take its toll, however, so they learned quickly to take advantage when they did get breaks on set and rest their bodies.

Robbie Fairchild on Instagram: “Everyone join me in wishing the Ultimate Banangrams Champion a very happy birthday! Memories to last a life time with this treasure.…”

That inevitable downtime also meant they had plenty of opportunities to rub elbows with their celebrity co-stars. Between takes, film and theater veteran Judi Dench was known to come up with games to help pass the time. (She and Fairchild, whose characters are quite close in the movie, played a lot of Bananagrams.) Rebel Wilson and James Corden kept their castmates laughing. "Everyone was a gem," Fairchild says. "No egos. No divas." And while the star-studded cast will be a big part of what gets audiences to theaters, Fairchild is optimistic that they've made a version of the musical that, while dance-heavy, can appeal to anyone.