Gainesville, Florida, may not seem like the typical place you'd see a major revival of a historic ballet. But November 8–9, Santa Fe College will present Cuban choreographer Alberto Alonso's 1967 Carmen Suite, rarely performed in the U.S. Staged by his widow, Sonia Calero-Alonso, the production will star American Ballet Theatre principals Sarah Lane and Cory Stearns as Carmen and Don José, and ABT corps member Luis Ribagorda (Lane's husband) as Escamillo, as well as dancers from New York Dance Project. It will also feature the Gainesville Orchestra, making this the first time the full ballet has been performed to live music in the U.S. since 1974.

Alonso, who died in 2007, had strong ties to Gainesville, and to Santa Fe College in particular. Although he helped found the Cuban National Ballet with his brother Fernando and his sister-in-law, the renowned Alicia Alonso, he and his wife expatriated to Florida in 1993. The pair spent the next 18 years teaching and choreographing at Santa Fe College's dance program. Alora Haynes, chair of fine arts for Santa Fe College, has wanted to produce the full Carmen Suite for over 25 years.

Bolshoi Ballet star Maya Plisetskaya commissioned Alonso to create the ballet for her, making him the first non-Russian since Petipa to choreograph on the company. Plisetskaya's husband, composer Rodion Shchedrin, arranged the music from George Bizet's opera for strings and percussion. However, with it's themes of personal freedom and sexuality, Carmen Suite was deemed politically and socially scandalous after its premiere and banned for a time in the Soviet Union.

Even so, Carmen Suite would became Alonso's best-known work, and a vehicle for many of the world's greatest ballerinas, including Svetlana Zakharova, Alessandra Ferri and, of course, Alicia Alonso. Now, Lane is getting her chance. Below, she shares what it's been like preparing for the iconic role and being part of the ballet's exciting revival.

How did you get involved in this production?

In 2011, I came to Santa Fe College to perform the ballet's pas de deux with José Manuel Carreño. And I just kind of fell in love with it, and with working with Sonia, and with the idea of someday doing the full-length Carmen Suite. That's also when I met Alora, and she mentioned that it was her and Sonia's dream to do the whole ballet. So I kept in touch. About a year ago I reached out to her and said, "I hope you guys are still interested in doing the full production, because it would be something I would love to continue to be a part of." And she got back to me to say that they had just been working on the logistics of putting it together, so it was perfect timing. 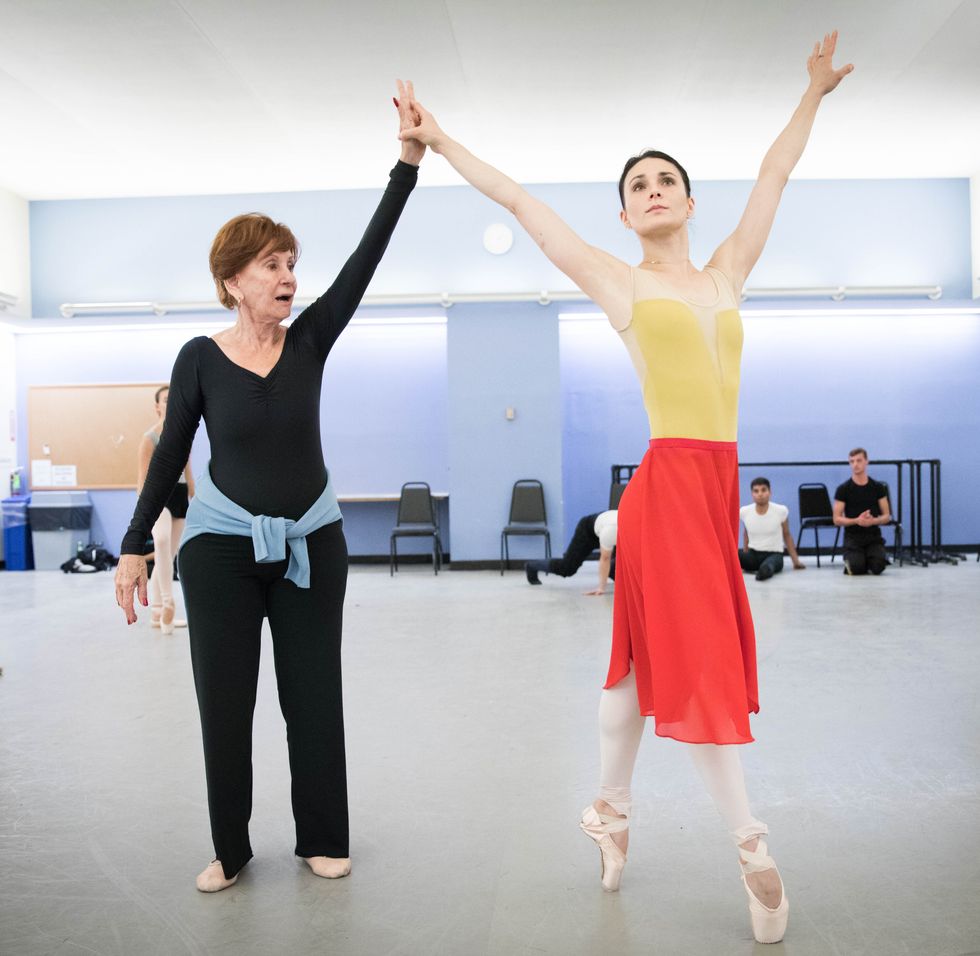 Lane with Sonia Calero-Alonso during rehearsals for Carmen Suite in New York City.

We started rehearsals in New York the first week of September, mainly working with Sonia, and then again after ABT's fall season ended. Her rehearsals were full of details, which makes it more interesting and more of an artistic and fulfilling process. She is incredibly passionate about this production—there were moments when she would describe the beginning of the pas de deux and kinda get teary. And of course Alberto isn't with us anymore, so there's also that aspect, to honor his memory.

I think it's a passion project for all of us, in a way. My husband Luis, who's from Spain, is playing the toreador Escamillo, so he has a lot of that natural flair and is really excited to do a Spanish ballet. And then Cory Stearns, who plays Don José, is such a strong partner and gets really into character. He takes the artistic side incredibly seriously, which is really helpful for me. Everyone is invested, and it makes the whole production so much more meaningful. 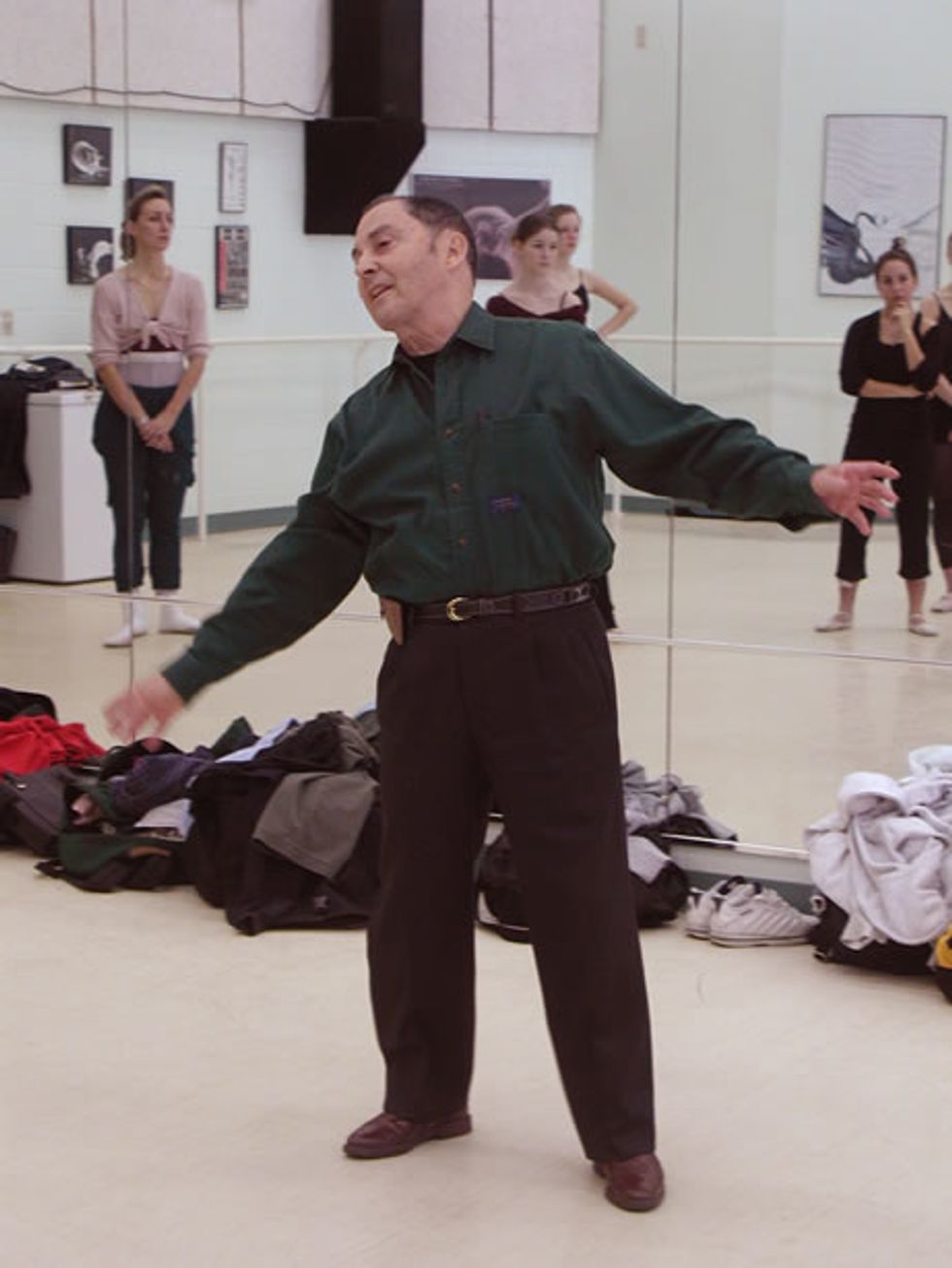 Could you talk a little bit about the character of Carmen?

For me, Carmen embodies all of the strength and femininity of a woman. She knows that she's beautiful and that everyone's eyes are on her, but at the same time, she has strength of character. She's able to stand up for herself and go after the things that she wants. But she realizes her weakness in the end. The difference between who I feel I am as a woman, and who Carmen is, is that she's more of a go-getter. She flaunts herself more, and she pays for that in the end. Rather than being subtle and content with what she has, she gets a little greedy.

Now that you've been a principal for a few years, do you think you can bring more to the role today than in 2011?

I do. I've had more experience portraying roles that command the stage, in really heavy-hitter ballets. And taking on that responsibility in multiple premieres. That will be very helpful in carrying this role, as well, since Carmen is onstage so much of the time. 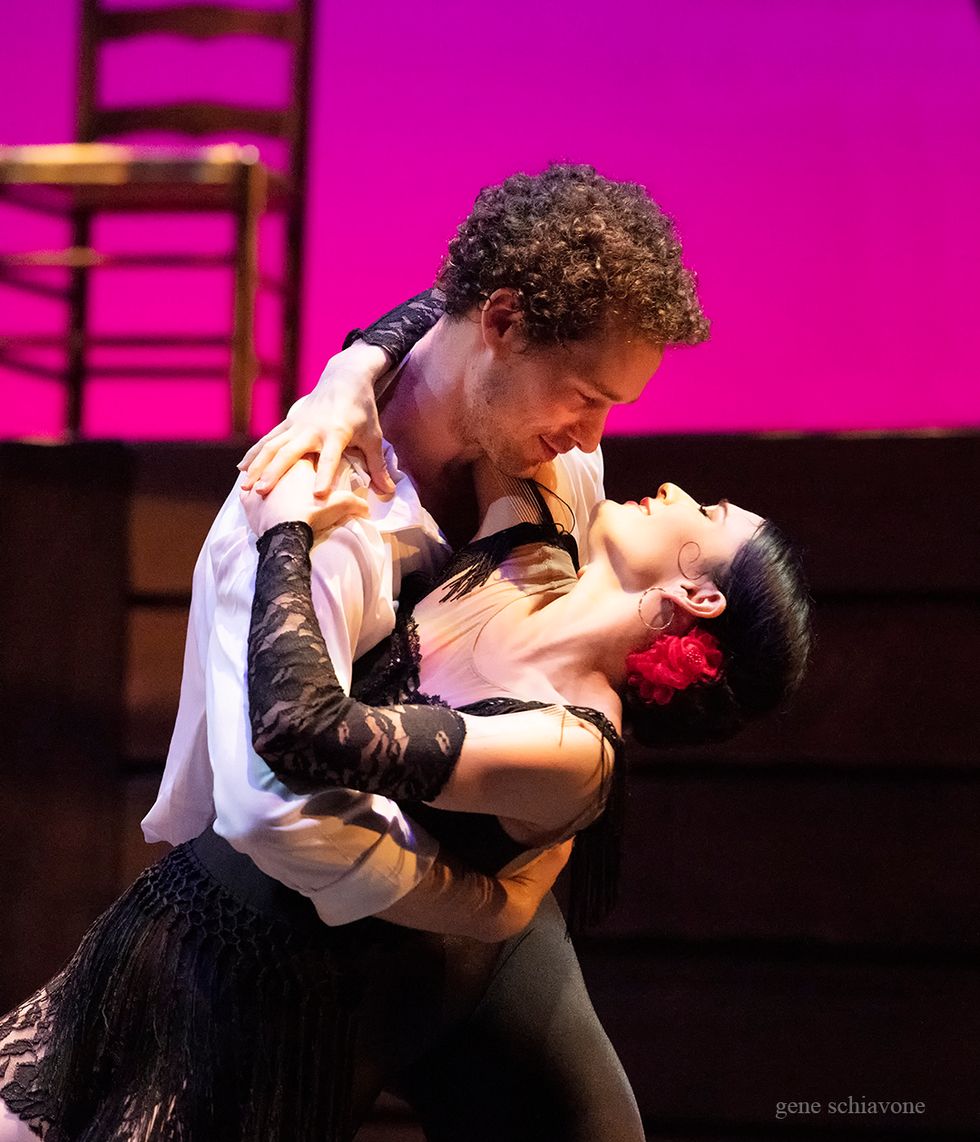 I keep thinking about your debut as Manon last summer...

Yeah, they're very similar characters, in a way! Both Carmen and Manon are flawed in that they think all their value lies in the attention they receive, and they lose themselves to greed. Whether it's for money and status or for attention, they lose everything because of it. I think with social media, we can understand that need for attention. When I portray characters like this, it helps me realize that our value as women has nothing to do with how anybody else sees us. It's what we do with our life, how we treat other people. 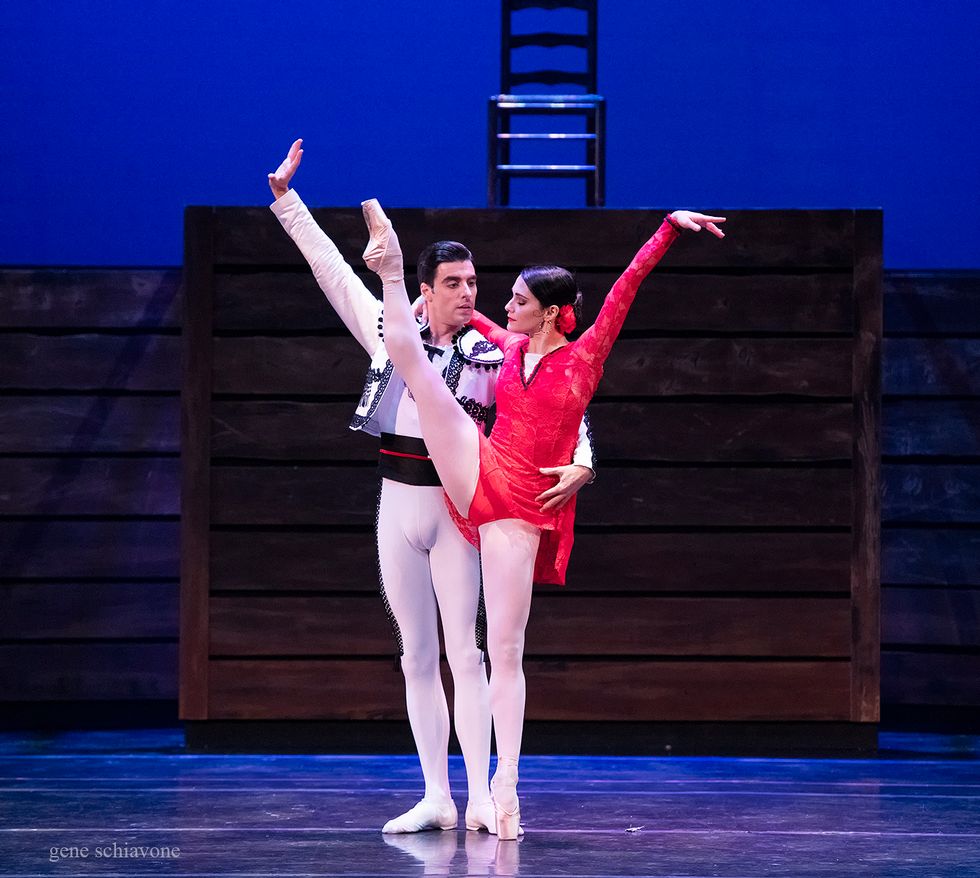 Land and her husband, Luis Ribagorda, as Carmen and Escamillo.

So many major ballerinas have danced this role. Do you watch their videos to prepare?

Yes, I've seen clips of Maya Plisetskaya and Alicia Alonso and Svetlana Zakharova. But I've always been the kind of dancer who doesn't like to copy other interpretations. I have to find something about the character that relates personally with me, otherwise I don't feel like I can be authentic to a role. It doesn't justify my dancing to the audience.