For The Washington Ballet’s Brooklyn Mack, Challenges Feed His Motivation

You made a deal with your mom to take ballet classes in exchange for a ride to tryouts for the football team. How did that work?
I thought that I would take ballet for a couple months, become a master and then leave that alone and concentrate on football. Ballet had other ideas, which perplexed me, and ultimately, I think, made me fall in love with it.

How is The Washington Ballet evolving under Julie Kent's leadership?
It's still early, but I think that the company is growing stronger classically. And we have Julie, Victor Barbee, Xiomara Reyes and Rinat Imaev—a great team of people who are giving their input and expertise, which is quite helpful. 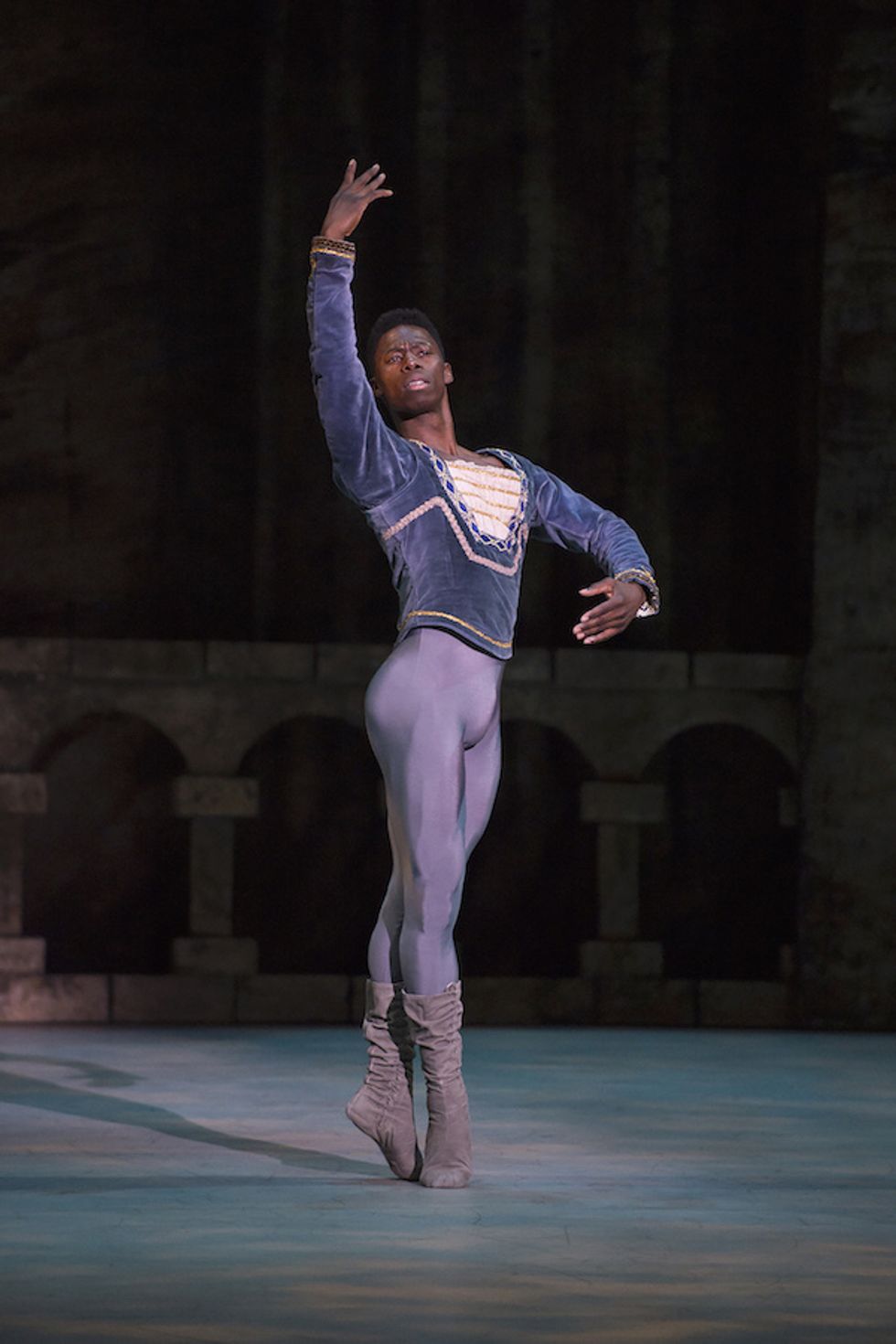 Sir Frederick Ashton's The Dream was one of Kent's first additions to the rep. You danced the role of Oberon, right?
Yes. It was so rewarding. Sir Anthony Dowell came for five days and I absorbed everything I could. He would describe things in a way that would transport you to the fairy world. Even when I wasn't scheduled for rehearsal, I was in the corner soaking it up.

You guest all over the world, but TWB is still home. What makes it special?
There's so much diversity. Not just dancers' nationalities, but within the repertoire. We've done a myriad of different styles and ballets, all at high levels, and it's made me proud time and time again.

What has guesting with English National Ballet added to your artistic toolbox?
I grow every time I go. They have a phenomenal artistic team and they really prioritize individual attention, which is hard to come by in the U.S. 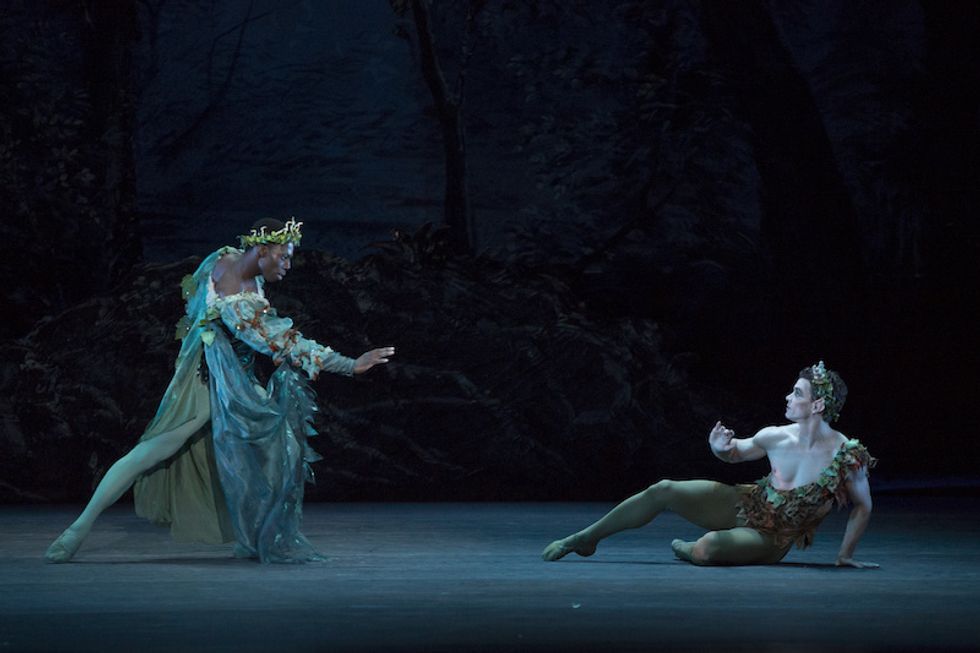 Mack in 'The Dream.' Photo by Theo Kossenas, Courtesy TWB.

You've said that you encountered racism during your training. How was it expressed?
I would hear negative or disparaging comments, most often from adults. I remember hearing a ballet-master-type say that black people generally cannot do ballet because their bodies cannot conform to the aesthetics required, like it's a genetic thing.

How did you deal with it?
When I was 3 my uncle told me that I can do anything that I put my mind to, and to not let anyone tell me differently. I never forgot that. The more people told me I couldn't do something, the more it added fuel to the fire.

What could companies do better?
I think it comes down to opportunities and casting choices. But ultimately, I think the larger problem falls with the schools and the teachers. There's often not a high enough level of expectation and attention.

Is there a story behind your name?
At the hospital, my mom hadn't picked a name yet, and the nurse was growing impatient to put one on the birth certificate. My sister Sabrina ran into the room and yelled, "His name is Brooklyn Devon Mack." The nurse wrote it down and walked out before my mom could protest. My sister later told me that she loved the lights on the Brooklyn Bridge. 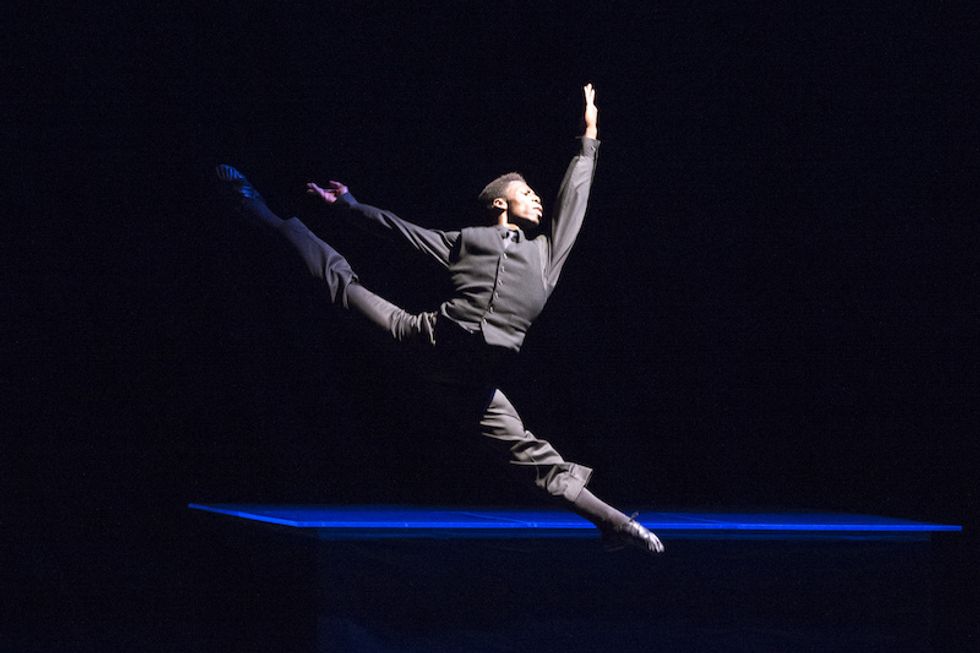 Your mother had been a dancer. What kind of career did she have?
One day, I was showing her something that I had learned and she suddenly starts telling me what I'm doing wrong. I'm like, what would you know about it? And she said, well, I was a dancer. She danced for Hartford Ballet and another company that doesn't exist anymore, and for a company in Germany.

Do you ever wonder what would've happened if you'd gone into football?
I'd be a multimillionaire, right? It would be fun, but ballet is so much more gratifying. There's the artistic and an emotional aspect, the harmony of your physicality matching the music. When all those things come together, it's completely transcendent.