Anyone who watched American Ballet Theatre corps member Breanne Granlund during her years in the ABT Studio Company could have guessed that one day she'd be a standout in the main company. What they may not have predicted? That her breakout role would be in Praedicere, a pièce d'occasion by tap artist Michelle Dorrance, who had dancers sliding and stomping across the stage and well outside their comfort zones. In a work populated with many principals and soloists, Granlund was both the most striking and the most natural performer, tackling Dorrance's genre-bending movement with abandon and style. 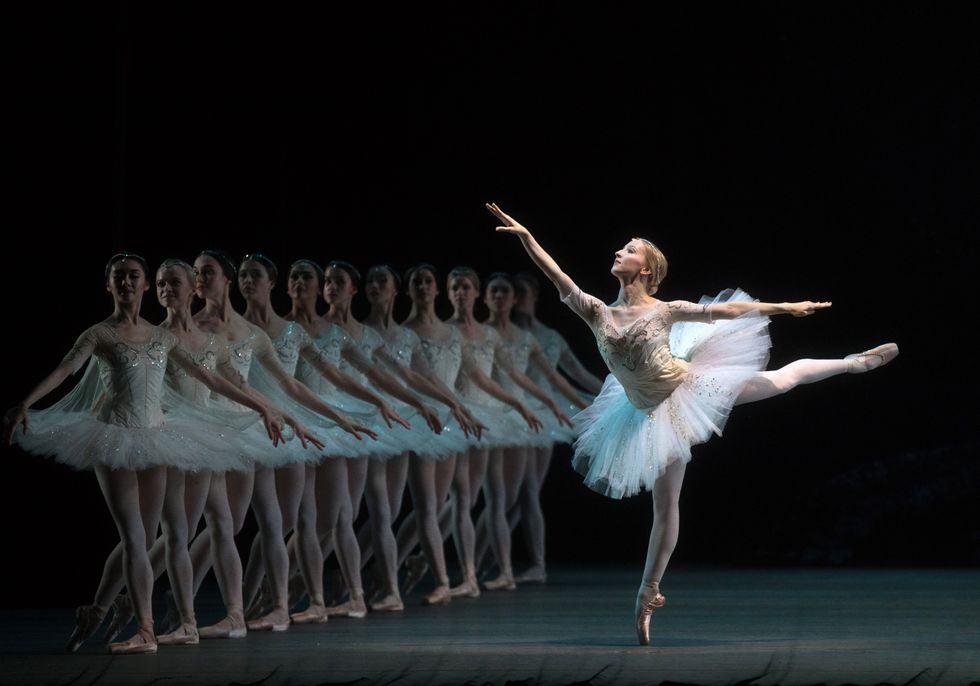 Granlund in "La Bayadère." Photo by Rosalie O'Connor, Courtesy ABT.

It makes sense: Though Granlund trained at Ballet Academy of Texas and ABT's Summer Intensive, her background in modern, jazz and tap shines through in her theatricality and willingness to jump into unfamiliar movement. Yet Granlund, who joined the corps in 2016, is not a jack-of-all-trades, master of none. She's a bona fide classicist, whose measured but expressive approach and generous arches carried her through a recent debut as a soloist Shade in La Bayadère. She's not shy about her ambitions, either. "My dream is to dance and experience every role," she says, including Odette/Odile, Juliet, Kitri and Giselle. Her other goal? To be as versatile as humanly possible. From where we're sitting, she's well on her way.