From Home-State Stardom to ABT's Corps, Betsy McBride Finds Grace in Every Role

Photographed for Pointe by Jayme Thornton.

This is Pointe's February/March 2018 Cover Story. You can subscribe to the magazine here, or click here to purchase this issue.

In a polished cast of Sir Frederick Ashton's Symphonic Variations at an American Ballet Theatre performance last October, corps member Betsy McBride shone with a warmth that belied the piece's crystalline, cold precision. Dark-haired with large, light-catching eyes, McBride was more coiled spring than willowy sylph, evident in the way her pliant limbs shot rather than floated to Ashton's prescribed positions. While the choreography's measured steps and lowered legs may seem particularly limiting for someone with McBride's flexibility, she managed to find pockets of expansion in the restricted movement. She lunged a little deeper, sailed on pointe a little longer, her open face lingering in the spotlight until the very last moment.

Symphonic Variations marked McBride's debut in a principal role with ABT, yet it was not the 25-year-old's first taste of the spotlight. She began her career at Texas Ballet Theater at just 15, becoming a principal by 19. Under TBT artistic director Ben Stevenson, she performed roles that most dancers her age still covet—Juliet, Odette/Odile, Aurora—before leaving the company for an ABT corps contract in 2015. 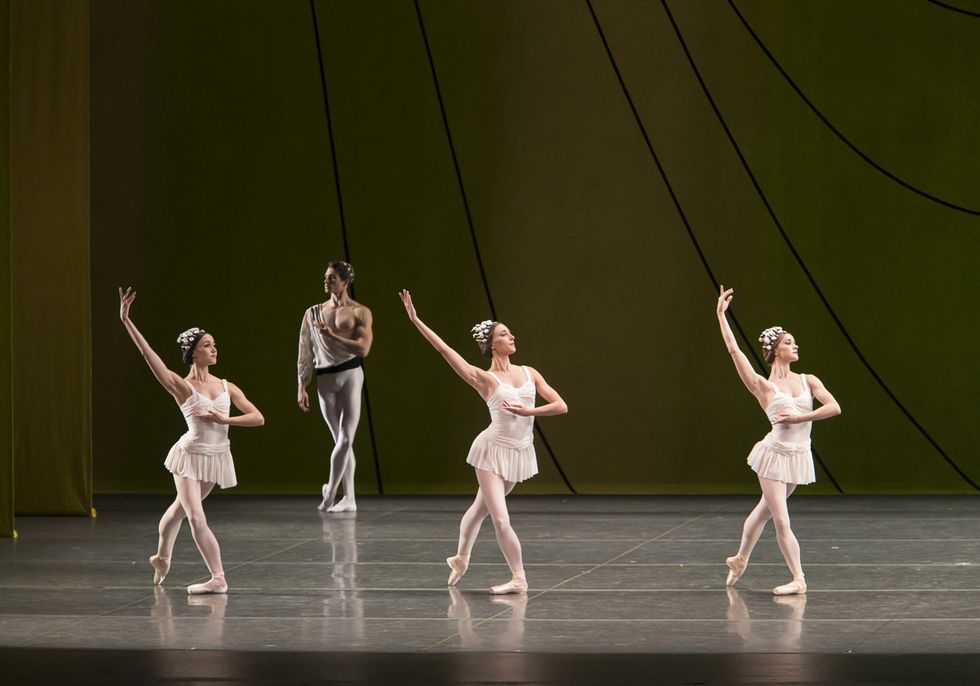 Some may see McBride's move as accepting a demotion, but she saw it as a new horizon. Despite her wunderkind start at TBT, McBride's humility and hunger for new challenges have made for a harmonious transition to ABT's corps. As more opportunities come her way, it seems her risky career move is paying off.

Growing up in Texas, McBride fell into dance behind her older sister. "My mom's friend was putting her daughter in ballet and she wanted someone to carpool with," McBride recounts with a chiming, bell-like laugh. Those beginnings led to year-round training in her hometown outside Dallas. Yet she didn't originally aspire to dance professionally in her state. Two summers spent at ABT intensives in New York City at 12 and 13 sparked an early desire to one day dance with the company.

However, her professional career started much earlier than anticipated. After attending TBT's summer program in nearby Fort Worth at 14 years old, McBride joined the school as a trainee. Just one year later, Stevenson offered her a corps contract. She began working with the company right away, commuting from her parents' house and finishing her education through The Keystone School's online high school program.

"Betsy has a wonderful facility and she was dedicated to her work," says Stevenson. He notes that her enthusiasm and drive helped her blossom more as an artist and technician over time. He challenged her with increasingly difficult and theatrical roles, not hesitating to name her principal in 2012, during a period when the company had ranks. Throughout her time with TBT, McBride excelled in everything from Stevenson's classical ballets to Jiří Kylián's Petite Mort and Val Caniparoli's Lambarena. While many dancers would have ridden out that early wave of success comfortably in the spotlight, McBride is not one for complacence. Though she found a nurturing mentor in Stevenson, her career at TBT was more serendipitous than intentional. After eight years, she decided it was time to act on her early aspirations to join ABT. 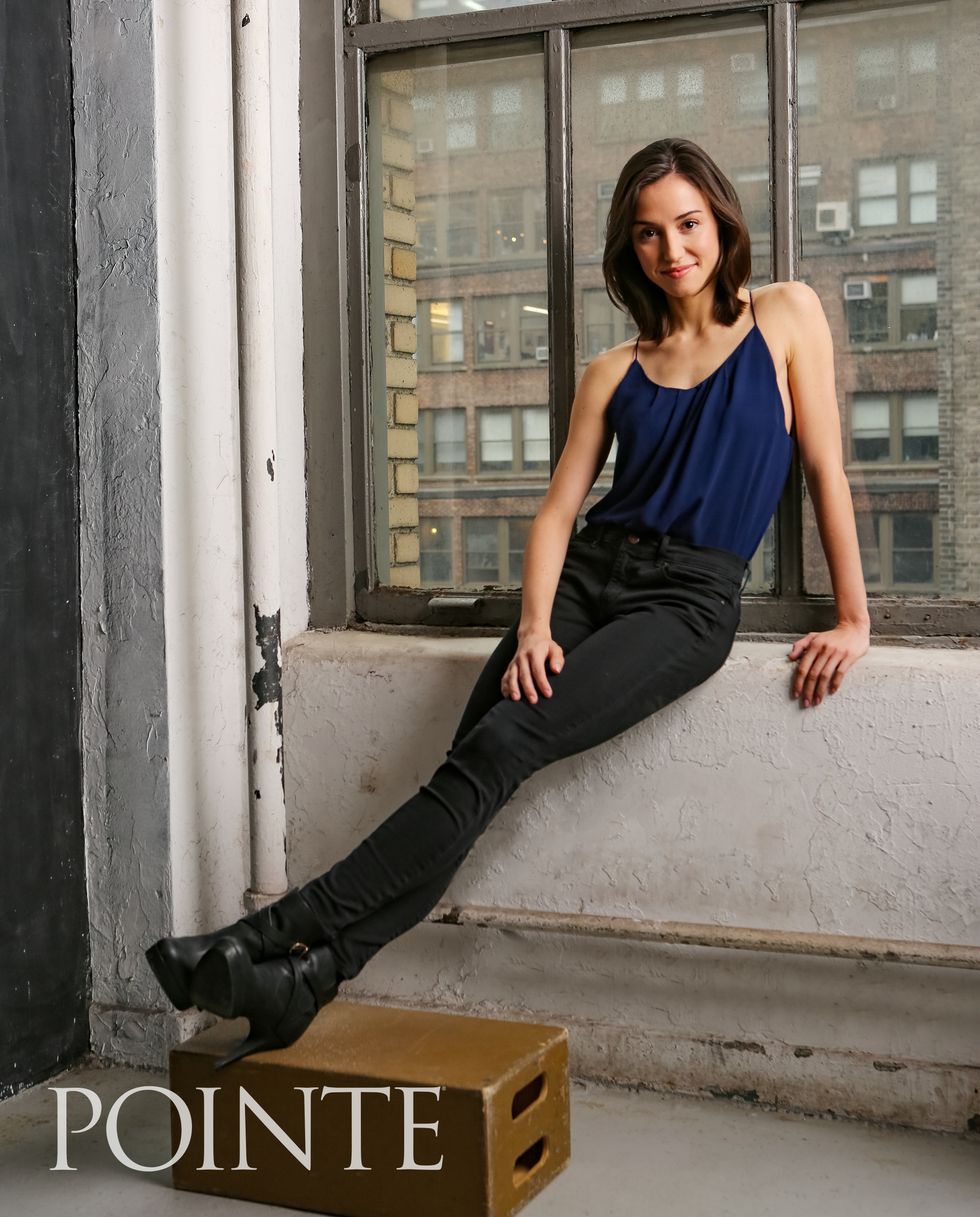 Photo by Jayme Thornton for Pointe.

Simon Wexler, McBride's boyfriend and fellow TBT company member at the time, also felt ready to leave Texas. The two decided to make use of their frequent visits to his family outside of New York City. McBride reached out to ABT through email in March 2015, to let the staff know that they were interested in auditioning for the company. They said that there were no contracts available, but invited her and Wexler to take class. "I thought I'd just go in, meet everybody and talk face-to-face," she says, but she didn't expect a job offer.

However, recent departures at ABT opened up spots for McBride and Wexler. Artistic director Kevin McKenzie offered them both contracts, making clear that his decision was based on each dancer's individual merit, not couple status. " 'We do not do package deals,' " she recalls him saying. " 'I see talent in both of you and I see that you both fit well here.' " The pair happily accepted.

McBride returned to Texas and met with an understanding and supportive Stevenson. "She's ambitious," he says. "It was a great opportunity for her. I've always loved her so much. My best thoughts are with her development, and she has to go on developing." She finished up her TBT season that May and joined ABT one week later, during its Metropolitan Opera House performances. 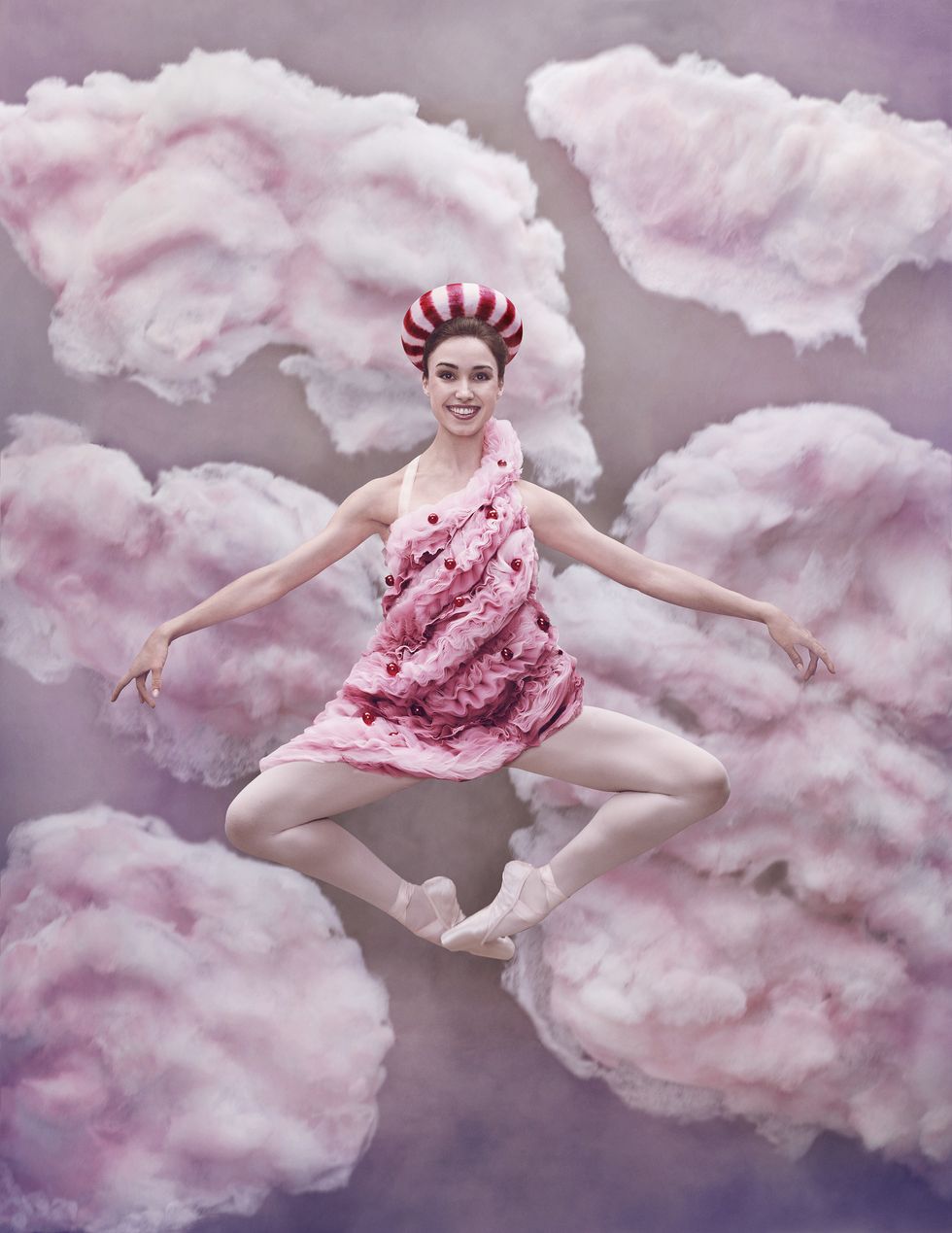 McBride found herself quickly readjusting to life as a corps dancer in a company of 90 compared to TBT's 40. One of her biggest challenges has been having less preparation for a role. "If you're second or third cast, sometimes you just don't get runs of things," she says, recalling that her first run of Symphonic Variations onstage was her debut. "The steps and the counts aren't in your muscle memory yet."

Yet ABT ballet mistress Susan Jones says that McBride never looks unprepared, even when negotiating a schedule packed with corps de ballet duties and soloist opportunities. McBride has performed Sleeping Beauty variations, Swan Lake's cygnets and the lead gypsy in Don Quixote, among other featured parts. Jones calls it one of the most difficult positions to have in the company: "When you're in demand for every corps de ballet and also soloist roles, you have to constantly switch hats and go back and forth." In a way, Jones says, it can be a testing ground, one that McBride is maneuvering with apparent ease. "Betsy is reliable and quick," she says. "She's one of those people you can count on."

Does she ever feel frustrated in the corps after so many years in the spotlight? "It's definitely hard," McBride admits. "It's a really good humbling experience." But she then quickly speaks of corps work's collective rewards and her respect for her co-workers—any of whom, she says, could be principals or soloists in small companies, as she was. 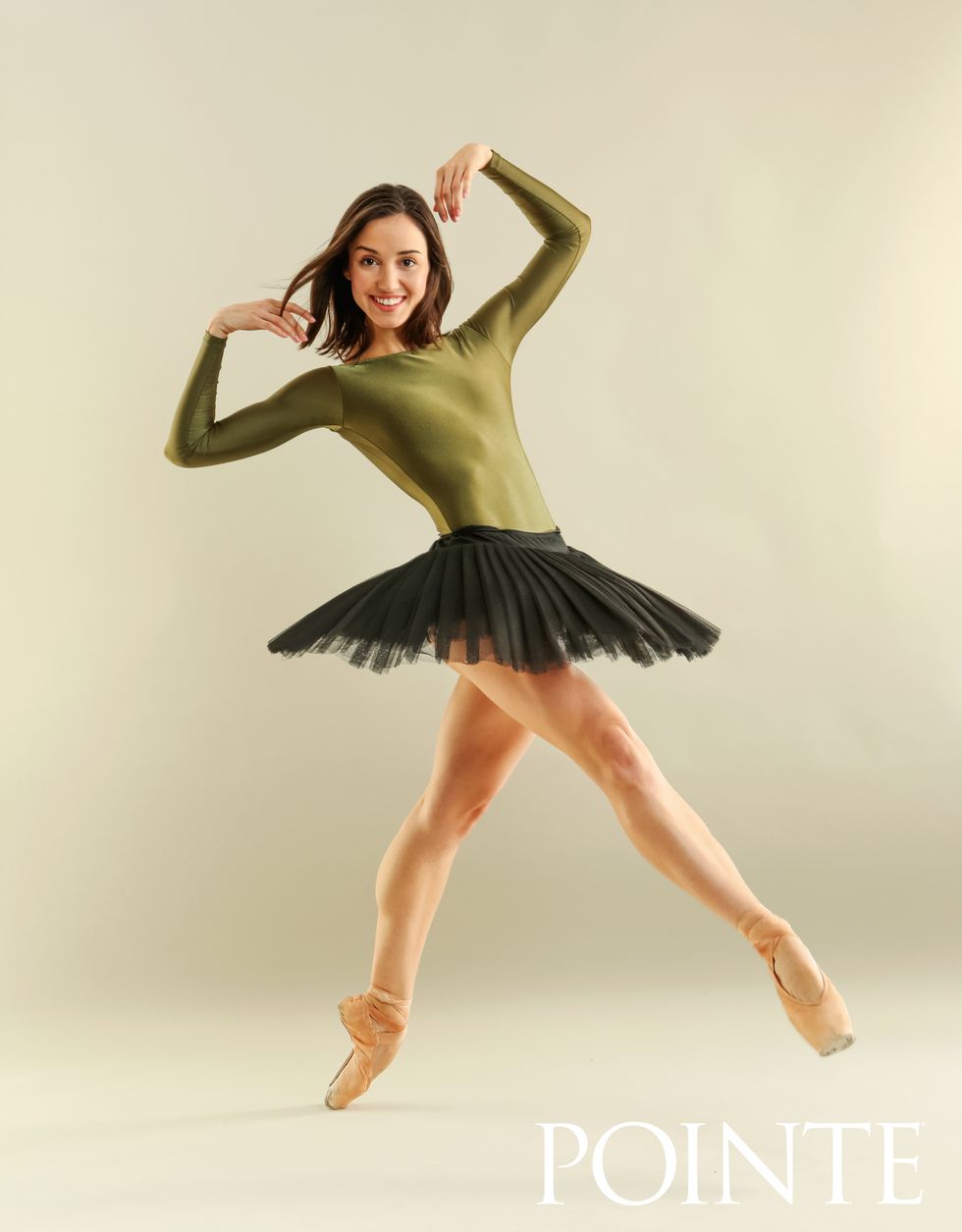 Photo by Jayme Thornton for Pointe.

Both staff and colleagues agree that McBride is hardly in need of an ego check. "She's so sweet, humble and willing to work," says Cameron McCune, McBride's fellow corps member and frequent partner. Jones echoes: "She wasn't one of those people who came to Kevin McKenzie and said, 'I'm a principal at my current company, so I'll accept a corps contract but want to be considered for soloist roles.' She applies herself to everything she does."

McBride seems to be as content as her polite gratitude suggests, both onstage and off. She and Wexler live together in their New York City apartment. Though he left the company last season to pursue studies at Columbia University, the pair find plenty of time for Central Park explorations, recreational tennis matches and New York's food scene. When cooking at home, they take turns depending on who's busier: McBride with Romeo and Juliet runs or Wexler with finals and papers. She also makes plenty of visits home. After the fall season last year, McBride spent part of her four-week break visiting her sister and newborn niece in Texas.

Looking forward to ABT's spring season, McBride speaks about her swan corps duties with the same congeniality as she does of her hopes to one day reprise Odette/Odile—on the Met stage. Though more soloist roles may tip the balance towards promotion, she isn't one for precipitate hopes. Radiant whether she's dancing alone or in file, she toes the line between fitting in and standing out gracefully—and graciously. No matter the role, says Jones, "her love of dance is unconditional."