Ballet Memphis dancers in Steven McMahon's Being Here With Other People. Photo by Brandon Dill.

Ballet has a lily-white reputation.

The great “ballet blanc" works glorify white swans, white shades, white wilis and white sylphs. Still, in 2014, balletgoers might expect some progress in racial diversity onstage, especially in the U.S., where populations of color are growing. But comb the rosters of most American companies and you'll find a striking sameness. While a few have established inclusive policies in training and hiring, they are the minority. There is a notable exception—Asian and Asian-American dancers have made real inroads. However, dancers of other ethnic backgrounds continue to face challenges, especially women.

Many factors contribute to ballet's lack of diversity: economic inequality—ballet training is notoriously expensive; a lack of role models for aspiring dancers to emulate; a failure on the part of schools and companies to provide support for young dancers of color on the uphill road to professional success. And another factor looms large in the discussion: Many believe a thread of racism still runs through the ballet world. “There are people who define ballet in a very specific and historic sense and think it should look like the Mariinsky in 1950," says American Ballet Theatre executive director Rachel Moore, who last year launched the company's Project Plié, an initiative to support the training of ballet students from underrepresented communities.

However, prejudice has many facets. “People still have not embraced the notion of diversity within this art form because it's always been seen as an exclusive art form," says Virginia Johnson, the artistic director of Dance Theatre of Harlem, which has been carrying the torch for racial inclusion for 45 years. “It's not only been exclusive of people of color—it's been very class-oriented."

And, of course, there's the canard about black bodies appearing unsuitable for ballet. “I've heard from the mouths of dance professionals that black dancers categorically cannot become ballet dancers because they don't have the right body," says Moore. “I think that is an incredibly unfortunate myth that still exists."

Racial demographics in the U.S. have changed dramatically in the past three decades. Hispanics, who made up just 6.45 percent of the population in 1980, made up 16.3 percent by 2010. The African-American population has increased from 11.52 percent to 12.6 percent; whites are expected to no longer make up a majority by 2043. Dorothy Gunther Pugh, the artistic director of Ballet Memphis, long anticipated this change. “I made this a priority years ago—creating a ballet company committed to representing what more and more of America looks like," she says. “I love the beauty and esthetic of ballet, but I think it's been awfully rigid." 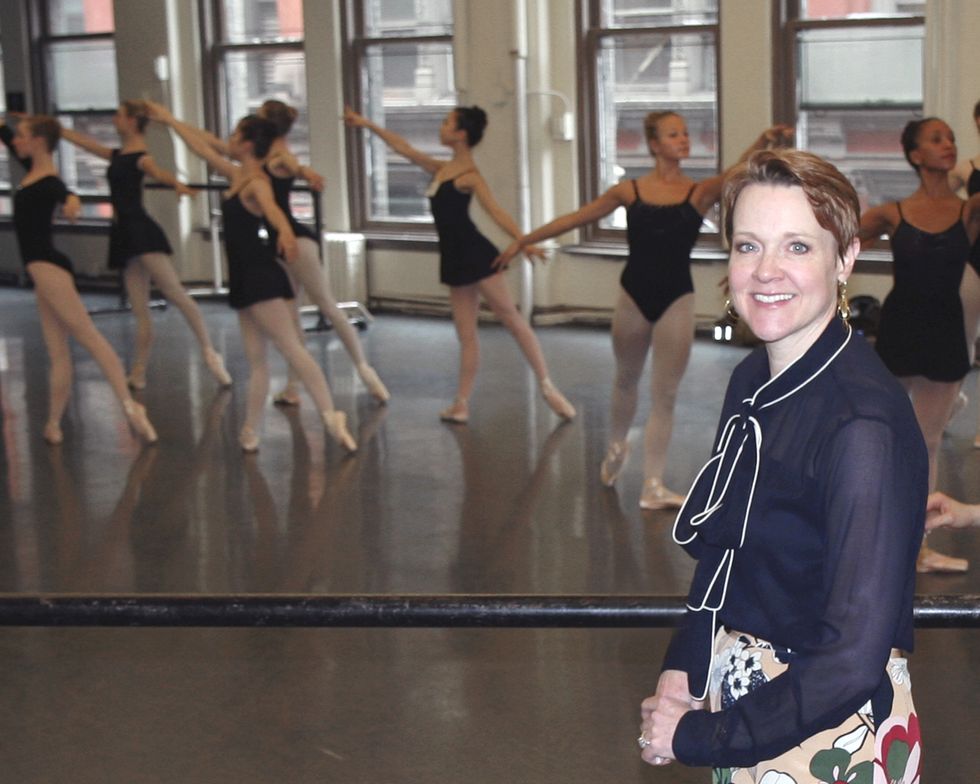 Of Ballet Memphis' 19 dancers, 4 are black, 2 are Asian, 11 are white and 2 are Hispanic. Pugh has adopted a philosophy that Ballet Memphis' artists are “citizen/dancers," serving their community whether onstage, in a community center or by teaching in the school. The company's outreach to Memphis' underserved communities has been a core component of this approach. “We're rethinking the most effective ways to engage with the community," says Pugh. “This 'helicopter drop' of going to a school and then leaving has a lot of limitations in terms of effectiveness. So we're trying to develop partnerships with community centers. We've given our dancers some training in how to work with children, to meet them where they are and not say, 'I'm a ballerina floating down from the sky.' "

Twenty years ago, Rachel Moore ran Project STEP, an outreach program of the Boston Symphony Orchestra that went into every Boston public school kindergarten, identified talented children of color and gave them high-quality musical training from ages 5 to 18 in hopes of getting them into major conservatories—a “grow your own" strategy. Last year, Moore initiated ABT's Project Plié, which mirrors Project STEP by targeting African-Americans, Native Americans, Indian-Americans, Mexican-Americans and Arab-Americans, with the goal to nurture talented dancers in those communities. (Cubans, at least at ABT, have been well represented due to their rich ballet tradition.)

Project Plié takes a multi-pronged approach to mitigating the diversity problem. It grants merit-based training scholarships to talented children of color; it provides teacher training scholarships to teachers of color; it grants intern scholarships to young arts administrators of color (“It should be diverse not only onstage but backstage," says Moore); it partners with other ballet companies (like Nashville Ballet; see sidebar) to determine effective outreach tactics; and it has established a partnership with Boys & Girls Clubs of America.

Some companies have taken a lower-key approach. Stanton Welch, Houston Ballet's artistic director, says his viewpoint on racial issues stems from his Australian background and its affinity with Asian cultures. Houston Ballet has 10 Asian dancers out of a company of 47. He seems less concerned with a lack of black dancers in his company (there are only two—both male corps dancers, and Houston's population is 23.7 percent black) than in trying to recruit Hispanics, who make up 43.8 percent of Houston's population. “There's definitely a need to reach out, especially to the Hispanic community," says Welch. “I just don't know how to do it. Even with more accessibility, I think there's a sense that ballet is elitist in communities that aren't as affluent."

Many, Welch included, have placed all bets on ABT soloist Misty Copeland, the author of Life in Motion: An Unlikely Ballerina, and on her potential to become the first black female principal dancer in ABT's pantheon of stars. “Misty's such an extraordinary face of ballet, beautiful and smart," says Welch. “She's the one that could turn this around for everyone."

“I'll go on record as saying I think that Misty should be promoted to principal dancer, but it's not for me to say," says DTH's Johnson. “It really is up to the artistic director to make that choice." Nevertheless, it points to a larger issue. “We're in that place where you have all your hopes pinned on Misty Copeland," she adds. “There should be 15 Misty Copelands in our schools ready to step up. When I look across the country, I see fine training going on, but I'm not seeing that level of advanced 16- or 17-year-old dancers of color."

One key could be rethinking what ballet means to communities. Diversity training in ballet schools, Johnson points out, could help teachers and students understand the importance of inclusion. Perhaps more fundamentally, ballet companies need to lose their image as status symbols drawing wealthy local patrons eager to show off their cultural credentials. Today's younger generation, Johnson believes, craves an updated version of ballet. “If you're going to the ballet, you want to see something that has meaning to you, not something harking back to another culture," she says. “I think we need to look at ballet that is a living art form expressing a contemporary vision of beauty." She believes this will foster more interest and engagement from underrepresented communities.

But Johnson is surprisingly optimistic about the future for ballet dancers of color. “I think five years from now, we won't be talking about this anymore," she says. “When it happens, it's going to happen very fast." 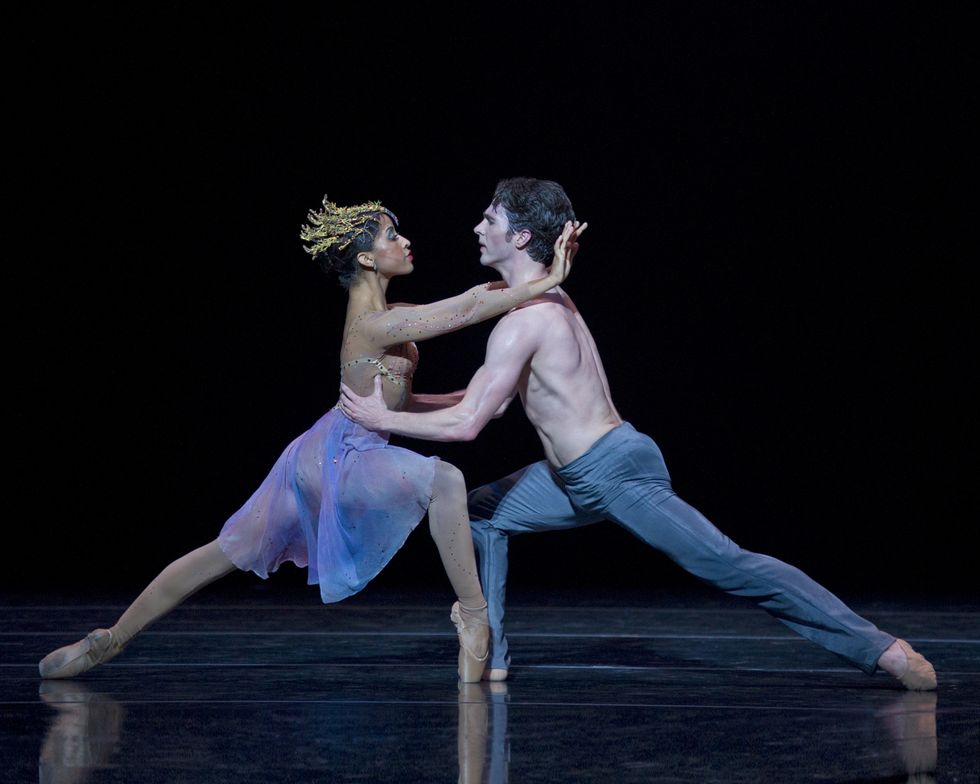 Teaming Up with Project Plié

Nashville Ballet is one of the latest companies to sign on for Project Plié, ABT's initiative to increase diversity in ballet schools and companies nationwide. “Nashville is changing," says Paul Vasterling, artistic director and CEO. “Our goal down the road is to have a company that looks like the community." Project Plié will augment Nashville Ballet's current outreach efforts, which already show results at the school's lowest levels. Nashville Ballet partners with six public elementary schools to bring in ballet performances and workshops, and also offers scholarships to the company's affiliated school.

Vasterling was looking for ways to expand his outreach program when Nashville Ballet's African-American ballerina, Kayla Rowser, approached him about Project Plié. He signed up immediately. The company will collaborate with local Boys & Girls Clubs of America and talk with other Project Plié participants about outreach that works in their respective communities. “The first step is the sharing of knowledge," says Vasterling. As of now, seven companies in addition to Nashville Ballet (Ballet Austin, Ballet Memphis, Ballet San Jose, Cincinnati Ballet, Oklahoma City Ballet, Orlando Ballet and Richmond Ballet) are partnering with ABT to develop Project Plié's goals.

At Nashville Ballet, Vasterling says that Rowser will continue to play an important role. “It's key for children of different ethnicities to see themselves onstage," says Vasterling. “I've seen it, like when two little girls of color were sitting in front of me at a performance. They were wiggling and talking, as children do, until Kayla came out. Then they stopped, mesmerized. They connected to her. They could see themselves." —Julie Diana