This story originally appeared in the August/September 2014 issue of Pointe.

When it comes to dance supplies, Beckanne Sisk isn't one to pack light—even when she's on the road. "I carry so much stuff it's ridiculous," says the Ballet West soloist, whom we caught up with just before she performed in the Youth America Grand Prix gala at New York City's David H. Koch Theater. So her most important dance bag item is the bag itself: a carryall large enough to fit everything she needs. "It's by the brand MPG," she says. "When we were filming 'Breaking Pointe,' they sent over a bunch of stuff, and I fell in love with it."

Sisk also swears by her Sally Hansen leg makeup, which, like many dancers, she uses to dye her shoes. "But it's also to cover up the tattoo on my ankle," she says. "It's a tattoo of little wings. Please don't ask why. I was 15 and in a rebellious phase!" 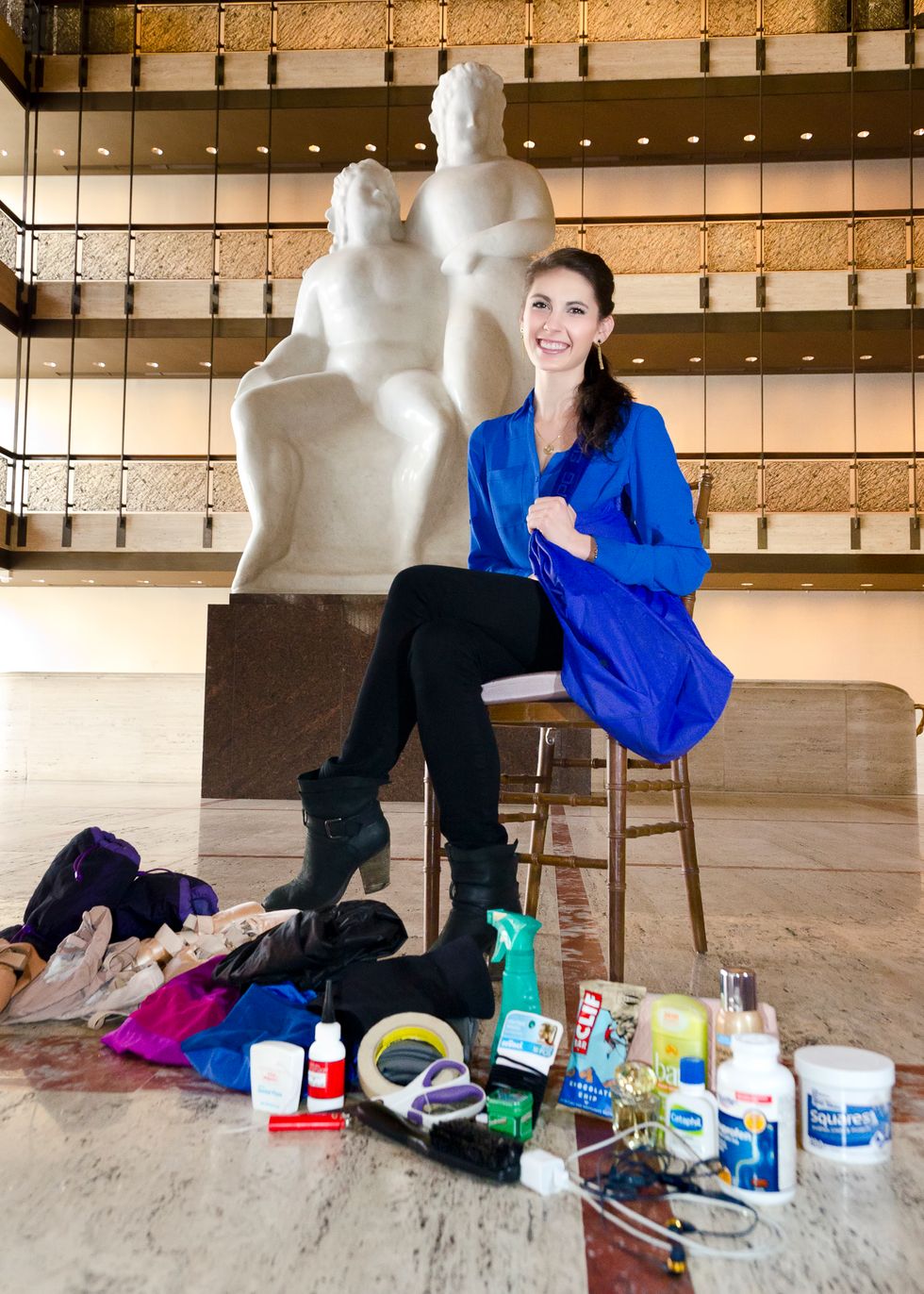